Video game players will be overwhelmed with content in 2022 as pandemic-delayed projects populate the calendar after a year in which blockbusters were in relative short supply. Although 2021 ended with the release of a new Halo title, it was also a year when players discovered smaller, quieter and more thoughtful games, with no shortage of vital works.

The next 12 months, however, are full of much-hyped titles, so much so that there wasn't room on this list for all of them, including God of War Ragnarok and Starfield. That's not a slight; it's just a very good time to be a player. Here are 10 games I'm excited to play in 2022. Interactive entertainment has proven to be uniquely suited to tackle love and grief, in part because the medium requires players to lean in and take a participatory role. Heartbreak feels more manageable when we're actively working through it. Afterlove EP, set in Indonesia's capital, Jakarta, puts players in the role of a young musician who can't yet move on from a lost love. The narrative adventure aims to tackle how we dwell, and how we move on, mixing choice-driven storytelling with rhythmic gameplay. 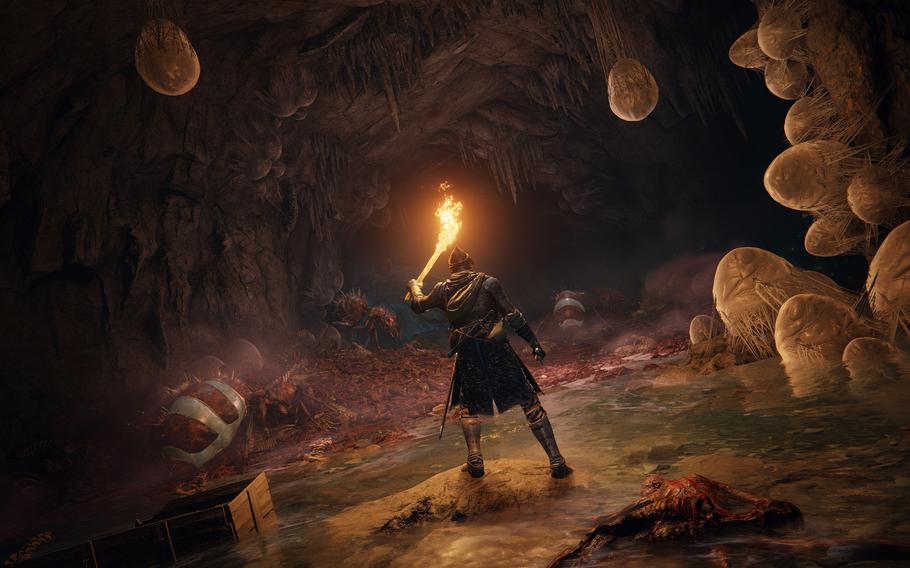 Arguably the most anticipated game of the year, Elden Ring will arrive early and likely dominate the conversation for months to come. The latest work by FromSoftware, known for its painstakingly difficult adventure role-playing games such as Dark Souls, Elden Ring will broaden the studio’s audience as it features storytelling contributions from “Game of Thrones” author George R.R. Martin. That doesn’t mean this will be an easier game, just one featuring a fuller, more fleshed-out fantasy world that mixes majestic dragons with quieter moments of mysticism. 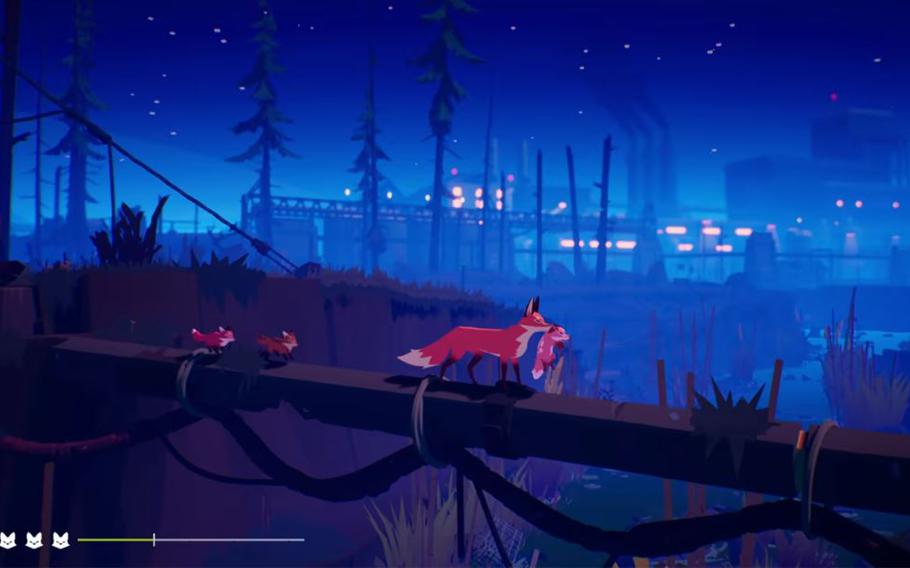 Play as a mother fox, the last one alive, as she aims to lead her cubs to safety. Traverse a twilight-tinged, barren world that doesn't look all that different from our own, as humans have wreaked havoc on the planet and stand as the greatest threat to the fox family. It's a survival game, one inspired by our current climate crisis, but also one that celebrates life. As we survive and hunt and gather supplies for our young cubs, we'll watch them grow and thrive on our quest to the last safe haven on Earth. 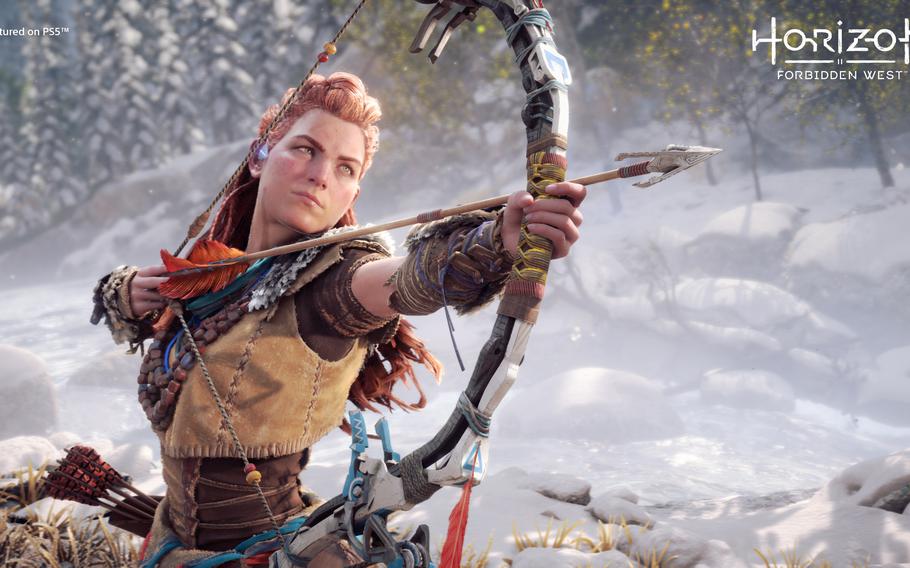 Back in 2017, Sony and Guerrilla Games introduced us to Aloy, a female warrior on an existential quest for personal discovery in a far-future America. Dystopia, in the world Aloy explored, rarely looked so appealing, with its mix of robotic enemies and disparate cultures. The sequel promises more outlandish settings in which nature has reclaimed cities — some sunken, some still towering — as Aloy continues to search for the secrets that led to the world being ravaged. Nintendo has pledged a 2022 release date for the sequel to The Legend of Zelda: Breath of the Wild. (Nintendo)

The Legend of Zelda: Breath of the Wild sequel

The as-yet-unnamed sequel to The Legend of Zelda: Breath of the Wild already looks striking, with an all-too-brief clip released by Nintendo that showed a simmering fire around a floating castle as it rises into the sky. Little is known about the game, but if pre-release pics are to be believed, our protagonist Link will take to the skies, giving us new vistas to explore. Nintendo has pledged a 2022 release date for the sequel to a game widely hailed as a masterpiece, one that redefined the nature of so-called open-world games by emphasizing optional, nonlinear storytelling. 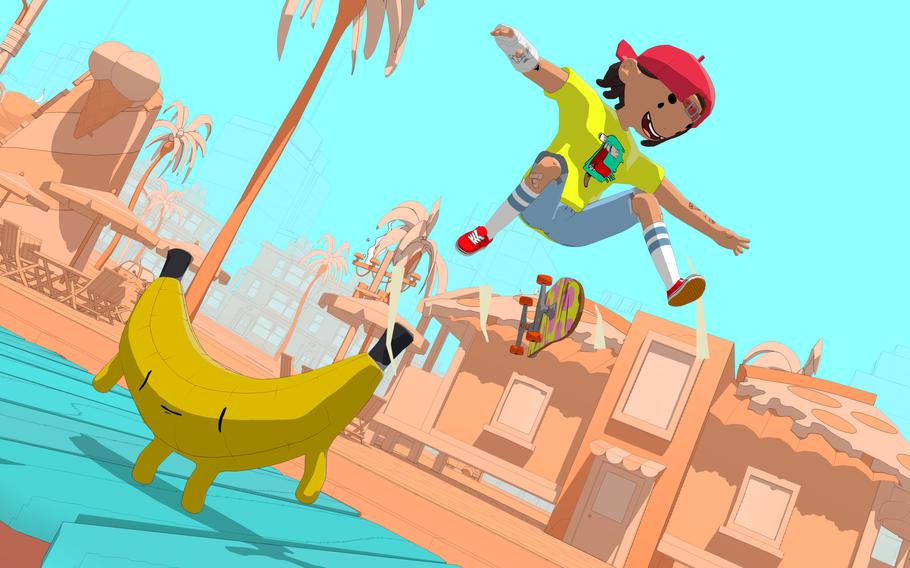 Set in a world called Radlandia that worships skate gods, OlliOlli World sounds like a game from another era. But we should know by now that skating is forever, and OlliOlli World makes it look as inviting as ever. Purple waterfalls, green ramps, orange rocks and a bevy of alien-like creatures that look like pieces of candy populate the world we'll glide around. It's all in the name of reaching a sense of flow, but as anyone who's played a previous OlliOlli game is aware, staying on the board takes skill. Local game developer Night School Studio has focused its efforts on honing conversation in games, creating a relatively realistic dialogue system in which characters speak, interrupt one another and overlap with each other. The result: games that more closely merge the interactive medium with television. The original Oxenfree had a mystical, slightly foreboding tone — think "Goonies," "Stranger Things." Its sequel promises another set of mysteries to unravel via radio frequencies. Pokemon: reborn. Somewhat. In this vast new adventure that promises something akin to an open world as well as changes in battle systems, I'm looking forward to a game that takes some of the approachable lessons of Pokemon Go and merges them with the more exploratory nature of modern video games. But any changes to the to the world of Pokemon are not just excitingly overdue but sure to be hotly debated. 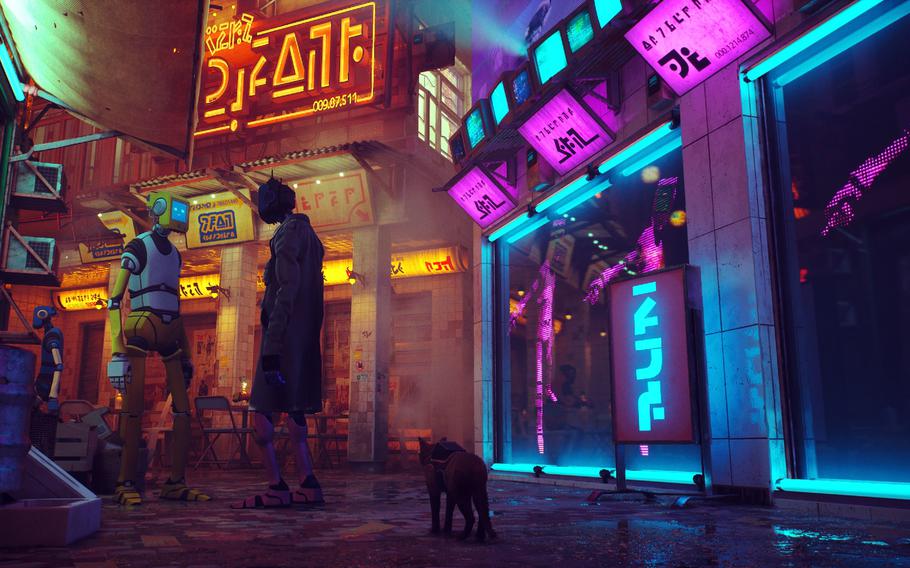 A cyberpunk-looking mystery with a stray cat at its center, Stray is a third-person adventure in which we, yes, play as a cat traversing a neon-obsessed city to avoid robots and creatures. Our only friend is a drone in this world in which robots have vintage computers for heads. The game wants us to embrace being a cat, and that means being stealthy, nimble or just annoying the heck out of others. 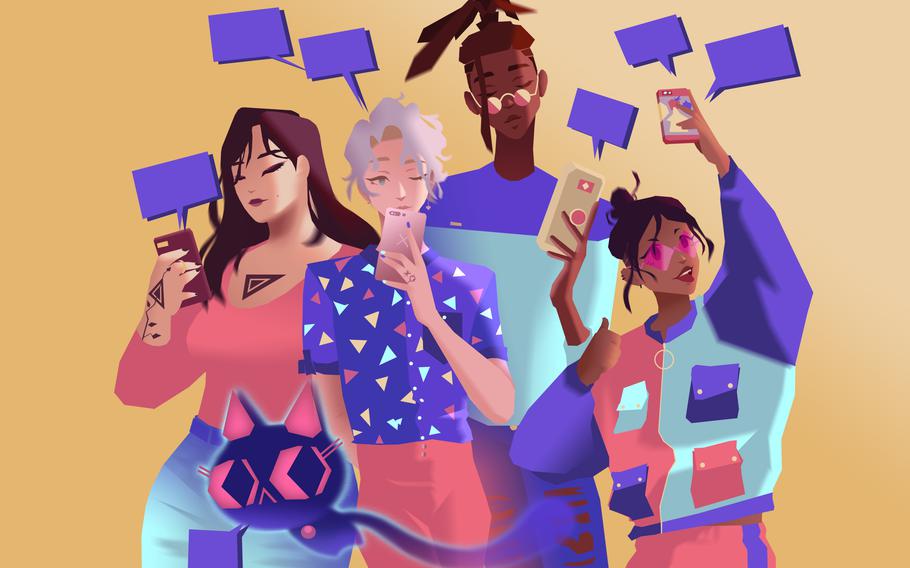 We Are OFK (Team OFK)

Like the Oxenfree games, We Are OFK looks to further merge interactive entertainment and television. An episodic series that will follow a fictional band — the game will serve as a release vehicle for the not-quite-real band — We Are OFK invites us to simply hang out in Los Angeles and get wrapped up in the drama of the character's lives. The game's slightly dreamy pastel-like look is inviting and friendly, encouraging us to drive conversations and fall in love with digital creations in the same way we do our TV stars.