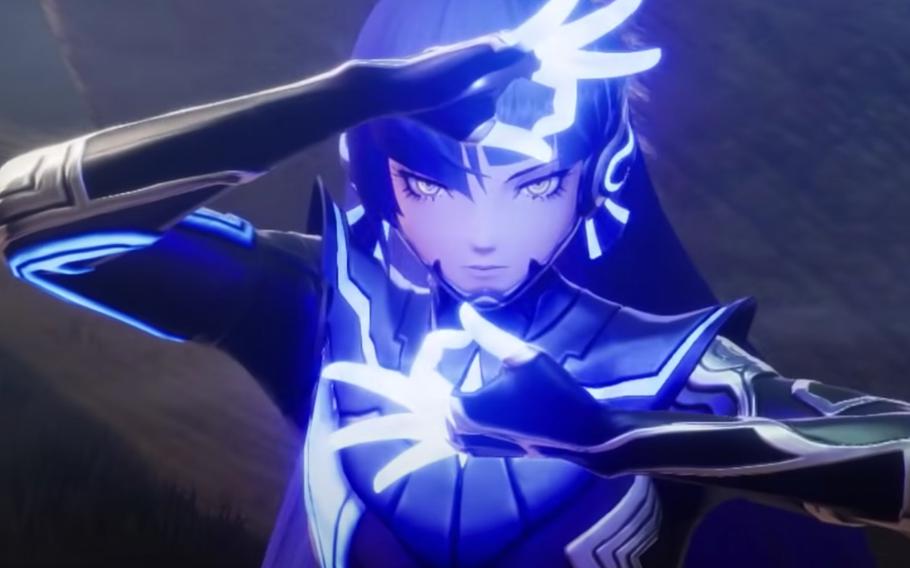 In a word, it is unforgiving. And I like this about Shin Megami Tensei V. Too many Japanese role-playing games hold your hand early on, letting you grow comfortable in the face of an oncoming world event. Atlus’ latest title, however, does next to none of that.

If you’ve been searching for an ultra-challenging yet still-satisfying JRPG to help you wrap up 2021, this is the title you’ve been waiting for. The Shin Megami Tensei, in all its iterations, has long been known for tense and creative JRPG gameplay, and SMT V seems built to push that tension to another level. This is a game that offers you a host of systems to manage — and you’ll need to manage all of them from start to finish if you hope to survive.

Shin Megami Tensei V is a game that tosses you into the action almost instantly, a departure from games like Final Fantasy VII and Tales of Arise, where heavy cutscene and story define the early experience. Here, you’ll start in a Tokyo-area school as a mild-mannered student, but just minutes into the action, the entire game changes. Suddenly Tokyo is in chaos, a sand-swept desert mess, and you’ve become something called a Nahobino, a human who’s inhabited by a superpowered demon.

That’s all the story context you get early on, but it happens fast, which is perfect on the Nintendo Switch. This game is a Switch exclusive, after all, and it’s terrific that Atlus seems to take that into account in its early build. You don’t have the time for a ton of explication on a subway ride or when you’re playing your Switch at the airport, so SMT V opts to keep that brisk, letting you swiftly jump into its standard gameplay.

This cognizance of how on-the-go users will play SMT V permeates the entire game, even after those early moments, and this is both strength and weakness. The significant downside is this: The game often goes for long periods without a critical story moment. If you don’t enjoy the gameplay and aren’t willing to get caught up in the battling and the recruitment and fusion of monsters, you’ll struggle to understand why you’re working through all this action.

Thankfully, there’s plenty to enjoy in that gameplay, even though the action is incredibly stressful and tense. Point blank, this isn’t an easy RPG, and it offers you little opportunity to ramp up your skills. Instead, you’re tossed into vicious turn-based battles from the very start in a game in which everything has a cost.

There’s no classic RPG exploit here; every decision you make counts. Enemies, even baseline ones, can do you in if you sleepwalk through a battle and don’t choose your actions wisely. You can rejuvenate your health and magic at save points, sure, but it costs money — and you need that money for other things, too.

SMT V rewards you for being calculated with your attacking. Hit an enemy’s weakness, and you’ll gain an extra chance for your attacker. Miss that, and you lose a chance, and your enemy attacks against you faster. Remembering the weaknesses you can exploit and having characters that can pull off those exploits becomes key to your journey. Every fight in Shin Megami Tensei V is different. Each demon that players battle will require a unique approach. (Atlus)

At least sometimes — because there’s another way entirely too. You can also talk to enemy demons mid-battle, persuading them to join your team or to give you an item. This is pretty standard in "SMT" titles, but in this one, it’s available quite early, and occurs with less explanation. Say the wrong things, and the battle will continue, except you’ve lost an ultra-valuable action of your own. Hit it right, and you recruit a key ally, one you can later fuse with another ally to form a more vicious creature.

The act of fusion has been a hallmark of SMT games for years now. Essentially, this is a darker version of Pokemon; you’re collecting baddies as you go, then building them into stronger and stronger monsters to fight the other monsters. SMT V elevates the entire process, too, letting you see the various combinations that can get you to certain demons, and allowing you to repurchase demons for future fusion.

It’s all tremendously satisfying, but incredibly tense, because every decision counts. I found myself constantly trekking back to certain save points to save over and over again, fearful that I might die and not wanting to erase my progress. I also was extra cautious of when and how I entered a battle. Some JRPGs condition you to view each battle as an opportunity to rack up XP and help level up your character, but SMT V simply isn’t that game.

Here, each battle is a conscious decision that may spell your doom. And despite a story that’s a bit too often on the periphery, that makes for immensely satisfying action.