Not sure about Battlefield 2042? Wait for it to get better Battlefield 2042 features emergent gameplay that is a hallmark of the franchise. Players will uncover moments in multiplayer modes where the unexpected happens because of the chaos and skills of the competitors. (EA/TNS)

When perusing a game on the shelves or a digital shop, players face three decisions: They can buy it, forget it or wait on it. Few titles are worth the immediate purchase and plenty more can be ignored. The last category is more complicated and that’s where Battlefield 2042 sits.

It’s clearly not a finished project with the bugs and glitches that have plagued the early access period of its launch, but that’s expected for Electronic Arts’ military shooter. The past few iterations have never been complete on release day, but DICE and the other developers behind the series tend to improve on the title so that it ends up being the game they envisioned.

Battlefield 2042 takes place in the near future in a world devastated by climate change. Sandstorms have taken over Doha, Qatar. Container ships have been abandoned for scrap along the coast of Alang, India. Even Antarctica has become a battleground as the warmer climate has made the continent more inhabitable and exploitable for resources.

In this dire landscape, players take on the role of non-patriated people or No-Pats. These are refugees from collapsed nations where extreme weather has created famine and other catastrophes. These are people without a country and they become mercenaries aligned with either the U.S. or Russia as the two superpowers engage in another conflict.

It’s a different take on World War III, and one that acts as a strong scaffolding for the multiplayer-only game. First off, players choose from 10 No-Pat specialists who have a unique perks and a gadget. Their characteristics make them suited for different roles in a fight. Assault classes are built to attack and outflank opponents. Engineers specialize in defense and controlling areas. Recons act as scouts, spotting advancing enemies and weakening them from the shadows. Support specialists bolster the squad, resupplying or healing them. 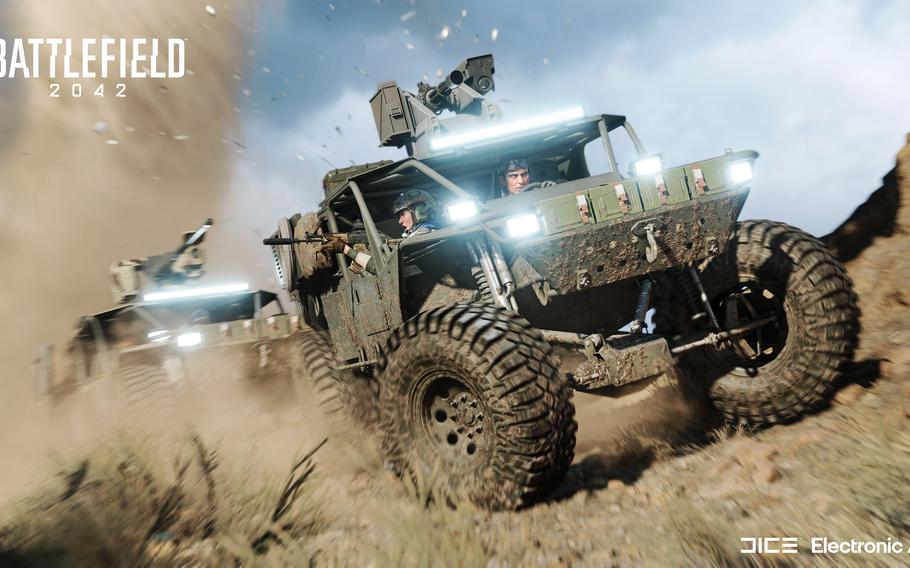 At the start of match, there’s a rush to hit control points in Battlefield 2042. Getting there via a vehicle is essential. (EA/TNS)

These are general roles, with each specialist having a unique way of fulfilling their niche. Players can further customize the specialists by configuring them with different weapons, grenades and tools. It’s possible to create an assault trooper who has explosives to take out advancing armor or a support medic who can also repair vehicles. Players will find enough diversity among weapons and gear, though Battlefield 2042 has fewer armaments than one would expect.

Initially, players have access to a limited number of specialists, weapons and vehicles, but as they level up by playing matches, they earn more options and gain access to more characters. The progression feels balanced so that players will earn several pieces of gear over an hours-long session. Having a character-based format adds more personality to the campaign while also setting up Battlefield 2042 for future seasonal updates with new specialists to learn and master. It’s better than being a faceless soldier running into a thresher of bullets. 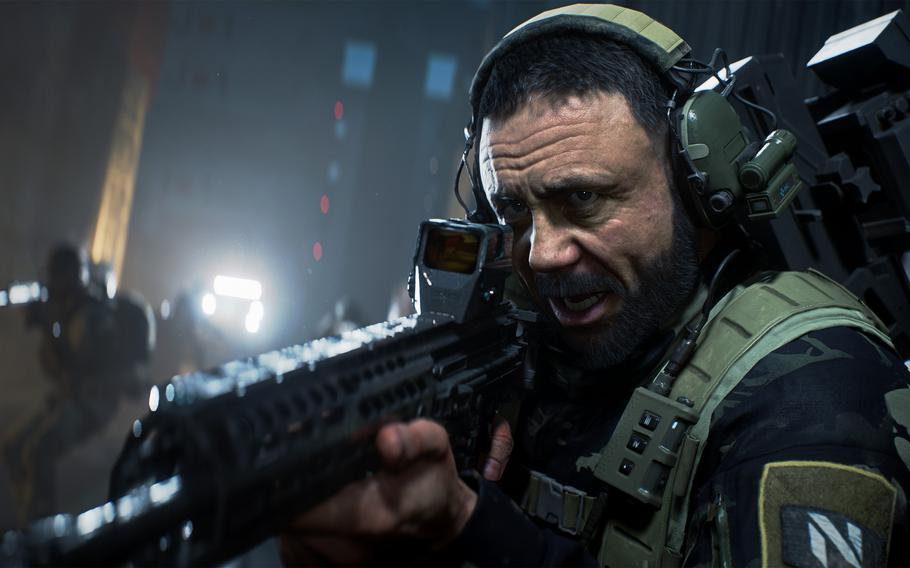 Boris is one of the specialists that players can choose in Battlefield 2042. He’s engineer who has an autoturret that can spot enemies and attack them. It’s great defending a point. (EA/TNS)

What makes Battlefield different from other military shooters is the size and scale of the battles. Competitors such as Call of Duty and Halo have a more arcade-like flow to the confrontations. Matches are fast-paced with threats constantly around the corner. On the other hand, Battlefield 2042 has enormous maps, ones that now accommodate 128 players. With so much space and so many players, you often have to travel to the action and approach objectives from different angles. It takes a few matches to adjust to the combat loop and constantly changing conflict.

It’s a grittier style. Players can’t run and gun successfully because there’s an accuracy penalty when shooting and moving. Ambushes and outflanking enemies with a squad is more successful than being a lone wolf (unless you’re a sniper). It’s often better to travel in vehicles rather than on foot because of the protection and added firepower. In Battlefield 2042, death comes often from snipers or an attack from a blind spot.

Taken altogether, Battlefield 2042 matches are 85% chaos. That’s made worse by the lack of voice chat at launch. Helicopters will be firing down on squads holding a capture point. Trucks will roar through the battlefield running over friends and foes alike. Explosions will erupt from seemingly out of nowhere as players rush a building. Ten percent of matches (it could be higher depending on the diverse battlegrounds) will be gunfights in close quarters. It’s the type of fighting Call of Duty fans will be familiar with. 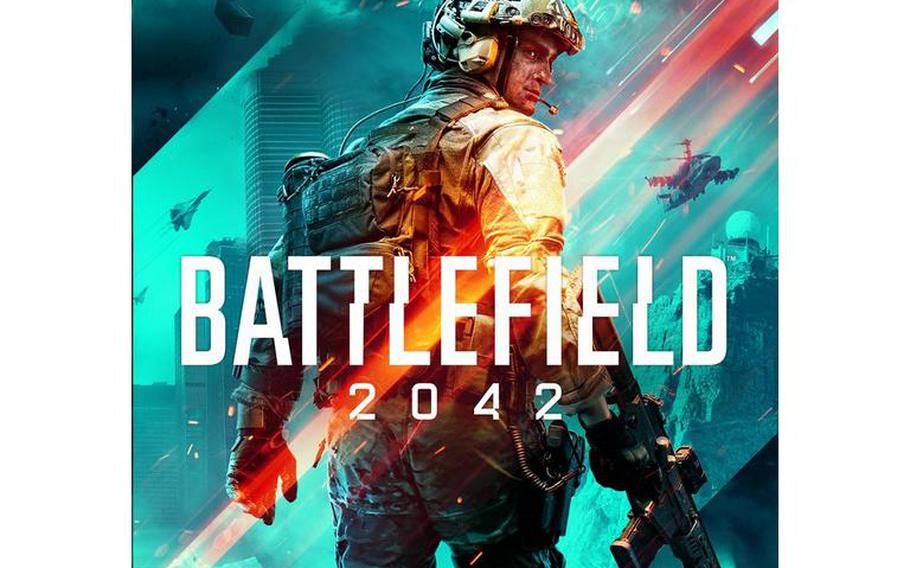 Players will find tornadoes tear through the landscape in India. It cuts out coms and introduces more chaos as players try to avoid the natural disaster. In Hourglass, sandstorms reduce visibility and force players into cover or head indoors. Unfortunately, these big game-changing moments don’t happen enough in a match, but again, DICE can tweak how often this happens.

This all-out warfare is the foundation of Battlefield 2042. Trying to spread out its wings, DICE also incorporated a new mode called Battlefield Hard Zone, which is comparable to a Battle Royale rule set. Players jump into a four-member squad and they’ll have to compete against eight other units. The group will have to collect intel and survive together until they can extract that data. Rival squads are also going after the data and players will have to battle them. If a squad is wiped out, they’re out.

Battlefield 2042 has the same tense moments as a battle royale, as the number of squads go down and players have to use teamwork to survive. If allies go down, they can still be resurrected by redeployment machines scattered on the map or purchased beforehand. Hard Zone as a mode has potential but again it’s hamstrung by an incomplete game that lacks voice chat and polish.

Lastly, Battlefield Portal is an option that lets players create their own rule set using assets and maps from different franchise eras. Players won’t get a huge number of options, but this lets players who want a trip down memory lane to experience older maps through new lenses. The same shooting and mechanics from Battlefield 2042 stick around but players can create interesting scenarios such as VIP Fiesta, where one team has to eliminate the mark on the rival team. In a twist, dying gives players a different gear set each time.

Like the rest of Battlefield 2042, this mode has potential but players will have to wait and see if this mode and the rest of the game pans out.