Call of Duty: Vanguard hits all the right notes in first hours of gameplay 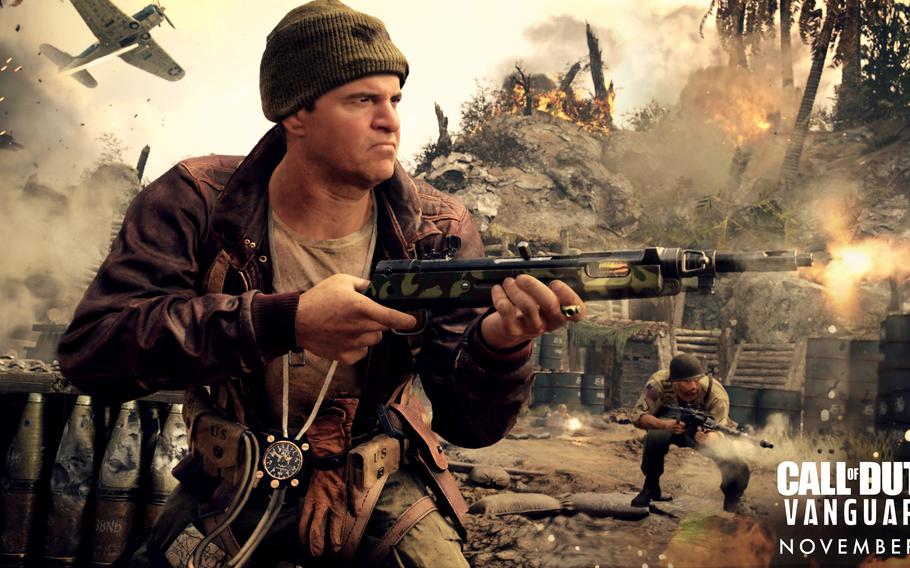 After five hours of playing Call of Duty: Vanguard, what I've found is a game that hits all the core components of the Call of Duty franchise. Call of Duty games are created to ensure you keep playing for months — not just hours — and Vanguard's suite of new maps and multiplayer features fixes to do precisely that.

So far, I've only landed on a few of the 20 multiplayer maps more than once, and none of the gunfights have felt the same. It's a promising sign for the latest entry of one of the world's most popular first-person shooter titles, which was released Nov. 5.

Millions of people buy Call of Duty for the seemingly endless loop of multiplayer matches, so keeping the feeling fresh is a necessity. Sledgehammer, the studio behind Vanguard, accomplishes this in a few different ways. First, it introduced a new feature called combat pacing, three options that allow you to adjust the player count on any given map. Select "Tactical," the slowest pace, to limit the number of people in a map and you'll get a methodical match that prioritizes positioning. Try "Blitz," the fastest pace, to pack the map with players for an all-out frenzy. Between that pacing feature and the number of game modes available in Vanguard's multiplayer lobby, even two matches on the same map play differently.

For me, "Blitz" is a shot of Novocain to the back of the brain. In any Call of Duty, it's easy to be frustrated when you're caught unaware by the enemy. In "Blitz," it's too chaotic, too rushed, to feel much of anything. You die, respawn and try again. Over time, I might decide to turn off certain pacing options but for now it's an interesting way to mix up the speed of a match.

Vanguard has more multiplayer maps at launch than any previous installment in the Call of Duty franchise — and it shows. The atlas of maps ranges from the simple, three-lane layouts that professionals and longtime fans love, to more realistic, flowing locations directly inspired by real-world locations. 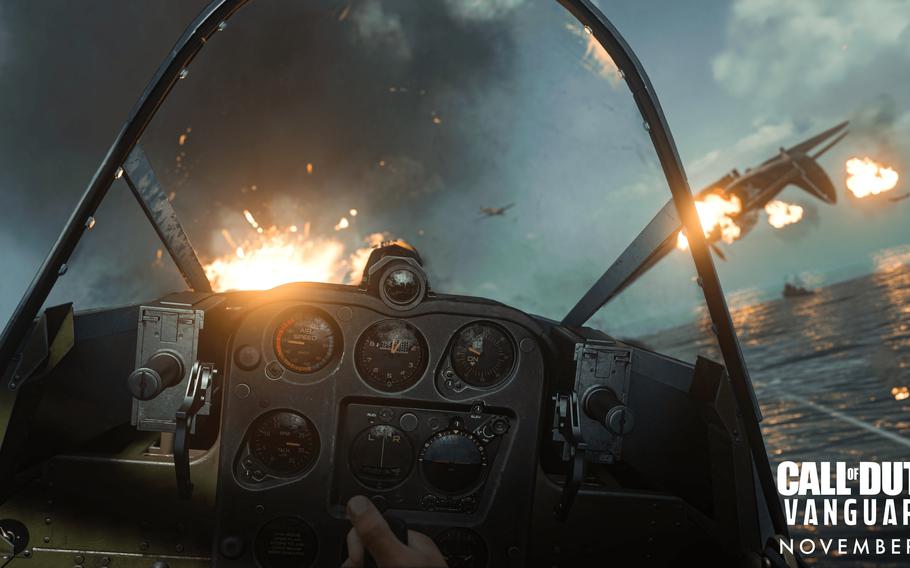 The atlas of maps in Vanguard ranges from the simple, three-lane layouts that professionals and longtime fans love, to more realistic, flowing locations directly inspired by real-world locations. (Activision)

One asymmetrical map entitled Dome, set in Berlin's bombed-out and broken Reichstag building, is a reimagined version of the original Call of Duty: World at War location. The layout is a perfect combination of wide-open spaces and tight corridors.

Two of the maps, Castle and Red Star (which was playable on the game's beta), both feel a bit too sprawling to understand at first, second or third glance. I could learn to love these maps in time, and the matches in both locations are far more engaging when you have an objective to crowd toward. Otherwise, I feel like I'm running crouching and sliding until I slam straight into enemy fire.

I've been interested in picking up Vanguard, after skipping out on the previous title, Call of Duty: Black Ops Cold War, because I assumed the 80-year-old guns, gadgets and other machines of war would all effectively slow down combat in the game. Compared to its counterparts, Vanguard is a slower — but not slow — version of Call of Duty. The game rewards players who methodically turn corners, rather than those who dash into combat at a full sprint. This is no Titanfall; there are no grapple hooks to swing you into a fight like a banshee.

More importantly, the "time to kill," meaning the amount of time it takes for a player to shoot and eliminate an enemy, feels significantly shorter in Vanguard. Good aim, or a well-placed headshot, is far more worthwhile. I'm generally a fan of any first-person shooter that doesn't reward mindless shooting from the hip so, to me, this has been a welcome change.

The biggest multiplayer criticism is that it's not possible to "ping," "mark" or otherwise signal an enemy's location in Vanguard using the controls. You can tell your teammate if you're talking to each other over voice chat, but it's often much easier to simply mark where you last saw the enemy. I don't have time to explain, "They're behind the wooden cart next to the farmhouse!" and that is particularly true in a Blitz match. 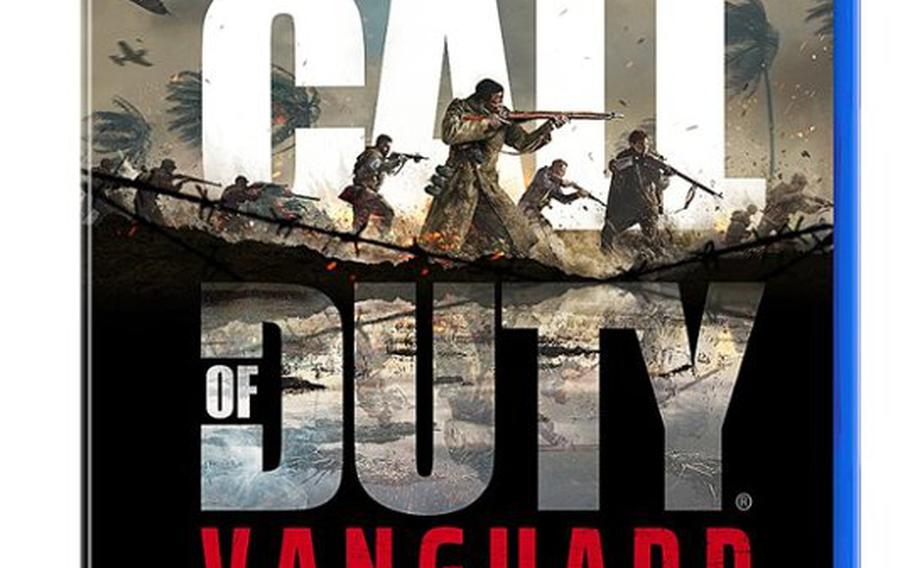 As of writing this, I'm only an hour or so into Vanguard's campaign but it is indeed as cinematic as Sledgehammer has promised. Title cards at the start of missions, blaring "Hamburg 1945," introduce new locales like a blockbuster film. It makes the campaign mode worthwhile to play, since you just won't get this type of experience in multiplayer matches on Vanguard. The dust in an old cellar refracts off the beams of light spilling between floorboards. Flames engulf an old windmill, its embers hang in the air of a battered French village. The real appeal to playing the campaign might just be to see where all these missions take you and drink in the sights.

The plot — so far — is less spectacular and reads like a comic book about a United Nations Suicide Squad fighting to uncover Nazi secrets. The well-timed banter and quips from your squadmates pulls you into the combat, but I'm quickly reminded that "this is a Call of Duty game," when I hear lines like, "You're saying Nazis are keeping secrets from Nazis?" This does not appear to be anything more than a story line pulling you through some incredible looking fight sequences.

Overall Vanguard looks and sounds great. You slam your fist to jam a cartridge into a rifle and you can hear every metallic clack as you load new rounds. When you duck for cover, enemy fire whistles by your head in splendid surround sound.

But, does it sound like the next great Call of Duty title? That question is a lot like asking about the latest version of the iPhone. The early signs are promising but the answer to the question really depends on whether the carnival rides the game offers continue to be entertaining weeks or months from now. However, if you're looking for what Call of Duty offers at its core — big explosions and endless hours of multiplayer — this first experience shows Vanguard is off to a strong start.