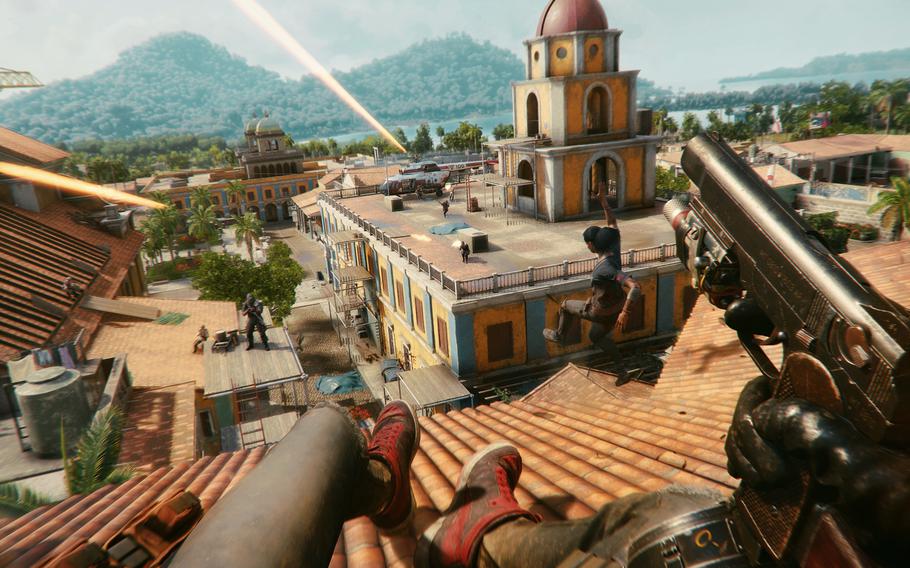 Players will encounter different biomes in the island nation of Yara in Far Cry 6. (Ubisoft)

Video games have a way of making tourists out of all of us. They transport players to another world or another time. Whether we enjoy the visit often depends on the story, the gameplay and mission design.

Those are important, but one of the overlooked elements is how players connect with the place. A developer can create jaw-dropping scenery, but if there’s no hook to hold a player’s attention, it turns the world into nothing more than beautiful empty space. That’s one of the factors that made Far Cry 5 seem so dull, and it’s also a major reason why I find Far Cry 6 so appealing.

The latest entry to the series has a magnificent sense of place. The campaign is set on the fictional Caribbean island of Yara, a location heavily inspired by Cuba. It’s run by a dictator named Anton Castillo, who exploits the island’s people and resources to stay in power. Hit by an embargo, it remains a nation trapped in the era of its 1967 revolution.

Ubisoft Montreal and Toronto paint with those broad brushstrokes to create a situation in need of a hero named Dani Rojas. It’s the colors that the developers paint with that’s intriguing. The team borrows cultural material found in other Latin American countries to craft a place that feels more concrete than past settings such as Kyrat and the Rook Islands. Details such as the cockfighting pits, supporting characters and references to Simon Bolivar are touchstones that anchor Yara in a familiar authenticity.

That’s important for Far Cry 6 because it asks a lot from players. As Dani Rojas, a protagonist who can either be male or female, players are tasked with helping to lead a guerrilla force to overthrow the Castillo regime. After reluctantly joining the rebel group Libertad, Dani becomes invested in the freedom fighters led by Clara Garcia. Players then have to explore Yara’s three regions — Madrugada, Valle de Oro and El Este — and help the factions fighting Castillo.

This splits Far Cry 6 into three predictable chunks as Dani helps the Montero family battle Castillo’s nephew Jose. The protagonist also unites two factions against Admiral Benitez and aids Maximas Matanzas against the culture minister Maria Marquessa. Each of the regions has a distinct personality and a narrative attached to it. Dani’s goal is to persuade the factions to join Libertad in defeating the strongman, who resides in the capital city of Esperanza.

Far Cry 6 starts off hitting similar beats to its predecessor. Ubisoft’s open-world shooter gives players tools to scout an area, create a plan of attack and execute it. That’s the gameplay loop on which the developers built the franchise. What’s different about this campaign is that skill trees are gone, and it’s replaced by a progression system built around gear.

Early on one of Dani’s mentors, former spy master Juan Cortez, tells the hero that players must bring in the right tool for the job, and Far Cry 6 is built around this concept. Missions will ask players to infiltrate a base or join an assault on a convoy. Each task requires different types of weapons, armor and a specialized backpack called a Supremo. It’s a more complicated system and one that requires players to constantly juggle their weapons and loadouts for scenarios. It’s cumbersome.

In the beginning, the options are limited and Far Cry 6 is difficult. Attempts at stealth degenerate into chaos, and players will use the Supremo as a get-out-of-jail card to bail them out of dicey situations. As players level up, they discover more weapons by exploring the world and customizing the assets using resources they scrounge up, and they develop a better feel for what works and what doesn’t. 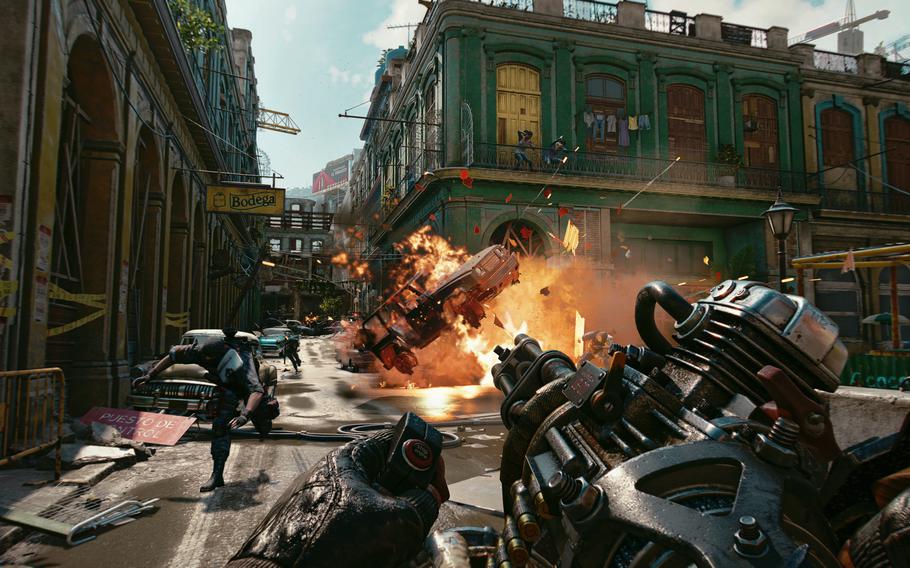 In Far Cry 6, the franchise’s skills tree system has been replaced with a progression system built around gear. Each task requires different types of weapons, armor and a specialized backpack called a Supremo.  (Ubisoft)

If players find a mission that’s difficult, they can switch gears to boost armor or increase their stealth in order to make the task easier. If a quest requires a lot of platforming, players can equip the Furioso Supremo that gives Dani a double jump. If they’re dying a lot during a skirmish, they can equip the Medico Supremo that essentially grants players an extra life.

Along with that, players can bring along an animal companion called an amigo that helps with the battles. They’re not essential but they offer an extra bit of firepower or advantage that helps pull Dani through an encounter. A bigger help often comes from the vehicles that the protagonist has on hand. Players can fly attack choppers or drive tanks to help them complete missions or take over bases and checkpoints.

This introduces more chaos to battles and makes the game easier than expected, but it’s all part of the over-the-top nature of the campaign. This gives Far Cry 6 the feel of Pandemic Studios’ Mercenaries franchise. It can be equal parts difficult and stupid fun.

Through it all, the campaign has a consistent levity and hopefulness that Far Cry 5 lacked. That isn’t to say the sequel is all sunshine and roses. It has its darker moments as Anton Castillo, played by Giancarlo Esposito of “Breaking Bad” fame, reacts to the player’s successes and friends and allies die along the way.

Far Cry 6 does a good job balancing these moods. For every resounding victory and funny moment, the specter of continuing violence and the possibility of another dictator arising lurks in the background. That creates a bit of foreboding amid the laughter.

In a way, that encapsulates a tourist experience. Visitors only stay for weeks at a destination. They don’t live there nor do they go beyond the veneer that’s presented. In the same way, Far Cry 6 can only say so much about the politics of a destination. The best it can offer is a sense of place as it transports players to a world that’s both authentic and unreal.