The Deathloop preview that serious gamers should not read 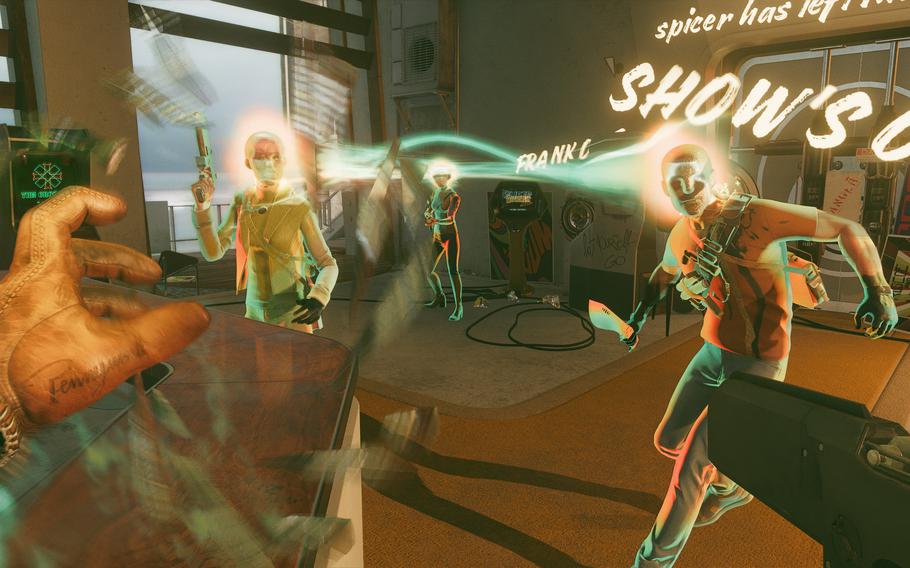 The world of Deathloop is filled with crash test dummy-type foot soldiers called Eternalists who are tasked with killing players on sight. (Arkane Studios)

If you want to enjoy the true Deathloop experience, don't read previews about the game. Seriously. Stop right now. Thanks for clicking, come back soon, but you should go.

Here's the thing: Deathloop's defining activity is not the elimination of eight boss-type characters, or breaking the time loop in which the protagonist is trapped. The game's core experience is about discovery — and not just plot points. It starts with discovering simply how to play the game.

Deathloop is a unique game. It reminded me, all at once, of Fallout, Hitman, Returnal, the movie "Memento" and the TV series "Lost." But when you pick up a Fallout title, for example, you mostly know what you're going to get and how to play. Deathloop, by contrast, asks you to play by its rules, which are fairly unique. And so, to explain how the game works is to spoil one of "Deathloop's" most enjoyable aspects: just learning its distinctive mechanics.

So, if you want to fully immerse yourself in the story of this game, stop reading. Have a nice day. Go outside. Touch grass. Read a book. Do literally anything aside from scrolling down and reading more. You can thank me later.

Without spoilers, we can share that so far — and we played about five hours of the game — Deathloop is an original, witty and stylized thinking-person's shooter from Bethesda and Arkane Studios. But if you really want to know more about Deathloop's mechanics and what the game's early hours are like, go ahead and read on.

Are you sure about this?

Really? You're still here? OK. I guess I don't blame you: Arkane's Deathloop is one of just a handful of PlayStation 5 exclusives to hit the market in 2021 and is, as such, one of the year's most anticipated titles.

Below, I'll go over what I've learned without spoiling any plot details.

Deathloop's early hours (which I still think you shouldn't read)

The game's protagonist, Colt, wakes up on a beach complaining of a wicked hangover and knowing absolutely zilch. He doesn't know where he is. He doesn't know how he got there. He doesn't know why he feels hungover. He doesn't even know his own name. Deathloop sends players on a search for answers as basic as the main character's identity and as complex as the workings of the space-time continuum.

Eventually you'll figure out your ultimate task (breaking the time loop) and head off to explore the island of Blackreef. Rather than one big, open world, Blackreef is divided into four main explorable areas, each filled with crash-test-dummy-looking foot soldiers, called Eternalists, who are tasked with killing you on sight. There are also eight bosses, called Visionaries, who preside over the island and are likewise not fond of your desire to break the time loop.

Among the bosses is Julianna, Colt's foil, who has a nasty habit of popping up out of nowhere and trying to kill Colt. And she's better than the average bot because — and this is one of the cooler aspects of the game — players can choose to play as Julianna in an online version where they're tasked with killing another player who is completing the game as Colt. We haven't seen this in action yet; it could either be very cool or very troll-y.

The learning process begins on the aforementioned beach, where Colt stumbles ahead guided by the map's design and floating words that appear to be visual reminders from Colt's runs during previous loops. They function sort of like a combination of Guy Pearce's tattoos in "Memento" and the bloodstains in Demon's Souls, delivering information that is sometimes useful and sometimes not. But are the words actually from Colt's memory or something else? Should you trust them? The paranoia sets in and wreaks havoc on your decision-making, just as it would a character in Colt's situation.

Here's how that manifests in gameplay: Knowing that my progress would be lost upon death, and knowing that there was a time limit in which I had to complete my assignment of killing all eight bosses, in my early hours with the game I would often beeline to the objective, retrieve the information I needed to progress the game's plot and return to the safety of my home base in the island's tunnels, which acts as a checkpoint. Forget looting, forget exploring — time was of the essence. I moved fast and didn't linger because I didn't want to die and the game doesn't do a great job of explaining how time works. And learning how time operates in Deathloop is quite literally a game changer. 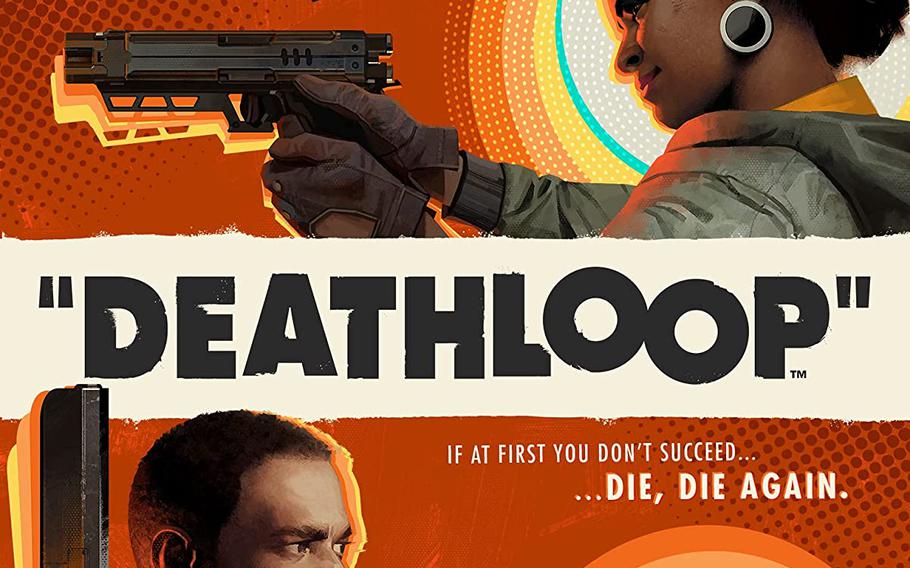 There are a lot of prompts in the game spelling out the game's mechanics and how certain items or weapons work, as well as delivering a ton of information (too much for my liking). But the first prompt I can recall that referenced time indicated that I had two choices: to return to the tunnels or stay and explore the current map. What it didn't make clear was that when you're exploring the map, time essentially stands still.

After the first several maps and missions, the game more clearly lays out the progression of time. Each day is broken into four stages of the day: morning, noon, afternoon and nighttime. Each time you return to the tunnels, time advances to the next stage. For example, if you explore the urban map of Updaam at noon, it will stay "noon" the entire time you're there no matter how long you spend exploring. When you leave to return to your home base in Blackreef's tunnels, the game moves to the next time frame, so noon becomes afternoon. After completing a stage at nighttime, the loop resets and you find yourself back on the beach.

Knowing this, you can better plan your runs, organizing them in a way so that you can find the bosses in specific places in specific times and line up the dominoes, so to speak, for your final mission of offing them all. Doing so, we're told, will break the loop.

You progress in the game every time Colt discovers a new lead, information critical to breaking the loop, the game's principle quest. Colt can gather info on other things as well, including weaponry and slabs, which are objects that grant characters special abilities like teleportation, invisibility and rewinding the game to before Colt dies. Colt's weapons and movement abilities can be upgraded through the use of trinkets, which look like shiny credit cards and are scattered around Blackreef.

The information you uncover while combing through the game's four main maps (the slummy urban residential area of Updaam; the remote outpost of Fristad's Rock; the coastline of Karl's Bay; and the hulking central hub of the Complex) endures beyond the resetting of the time loop. The retention of your findings about Blackreef, the time loop, the Visonaries and Colt's role in all of it gives Deathloop a more satisfying sense of progress than Returnal, the PS5 bullet-hell roguelike that released earlier this year. Additionally, there's a way for Colt to retain his gear after the loop resets, which is achievable fairly early in the game.

The dialogue is witty and entertaining, with the banter between Julianna and Colt particularly enjoyable. And the game delivers more than a few early-game plot twists.

Mechanically, though, the game played a little stiff at times. The gun play is more Fallout than Call of Duty, which is fine in AI gunfights but might yield some frustration for first-person shooter fans going head-to-head against a human-controlled Julianna. There were also a few glitches in the early hours. More than once, the game lagged for a few seconds — an unusual feeling on the PS5. There was also a strange tendency for my character to drift to the right while standing still when I wasn't touching the controller, which didn't appear to be related to controller drift on my end.

Deathloop isn't the easiest game to grasp due to its originality, and its early hours are certainly a learning process. But so far, it's been an enjoyable series of lessons, well integrated with how the protagonist acts and feels, bringing the player right into the story. It will be nice, after the game releases Sept. 14, to see how that story ends.