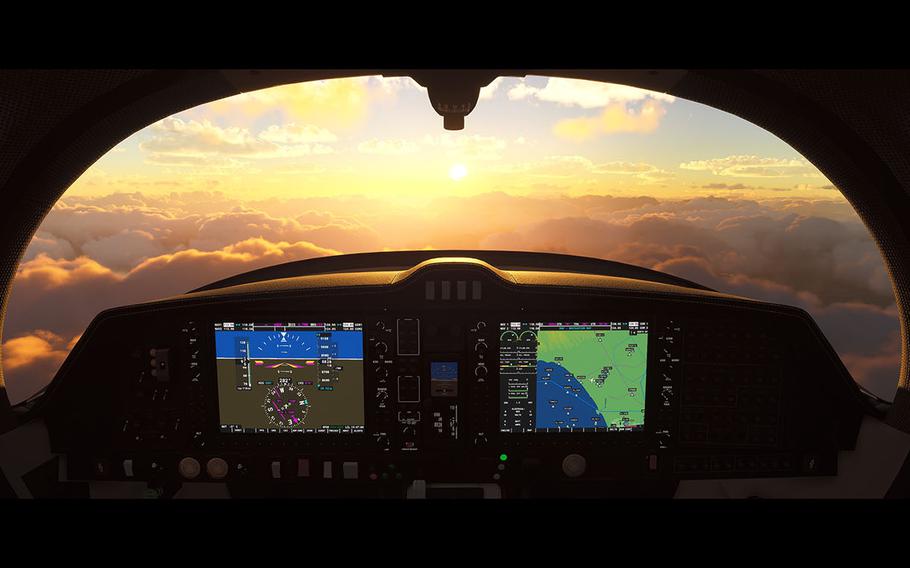 Microsoft Flight Simulator has always bewildered me. It’s not a traditional video game by any means. Players will find no story here, nor is there any real structure. At its heart, the title is a hard-core re-creation of the flight process that’s accurate down to the tiniest details.

It’s the type of game that demands a room dedicated to it. Fans build their own cockpits, outfit them with flight sticks and pedals, all in an effort to increase the level of realism. They want to feel as if they’re a captain flying the friendly skies. That devotion to a job-like hobby is perplexing. It’s an unusual gaming niche with the same energy as toy fanatics obsessed with model trains. They, too, build rooms for their diversions.

What is the draw of piloting a virtual hunk of metal in the air? Curious about it, I dived into the recently released Xbox Series X version of Microsoft Flight Simulator hoping to find an answer. Developed by Asobo Studio, the game throws players headfirst into the world of aviation. The game nudges newcomers to tackle Discover Flights, which is a bad move. That’s like asking toddlers to ride a tricycle without learning how to crawl. I discovered that the hard way after crashing while trying to catch a closer look at the Mount Everest Base Camp. It’s best to start with the Flight Training and learn the basics. Unlike games such as Ace Combat, Microsoft Flight Simulator won’t expect players to do Immelmann turns or topsy-turvy acrobatics. Players pilot crafts like Cessnas or enormous passenger jets such as the Airbus A320. Whatever they choose, these planes aren’t built for loop-de-loops.

The goal is to get from Point A to Point B. That involves taking off the parking brakes, speeding up the plane to take off and flying at the right altitude and speed. Because of the realism of the Microsoft Flight Simulator, players will notice how pilots have to balance speed with soaring higher. The steeper the climb, the lower the forward speed will be. In addition, gunning the engine will kill the fuel and send players inching higher.

The more I played, the more I appreciated the finer elements of aviation. I couldn’t figure out what all the dials did, but I nailed down the basics. Microsoft Flight Simulator will teach players how to take off, fly and land a plane. The tutorials will also educate players on Visual Flight Rules, which help them reach their destination based on ground landmarks. It’s a real-life concept that helps track flights, and it’s key to obtaining pilot certifications.

Although Flight Training programs are a great resource, they aren’t the best teachers. Sometimes they can be confusing, or they expect players to know more about the plane despite the overwhelming dials and screens. If players don’t hit the right objectives, the Flight Training program falls apart. It doesn’t even tell players they failed, and in the process, it will waste players’ precious time. 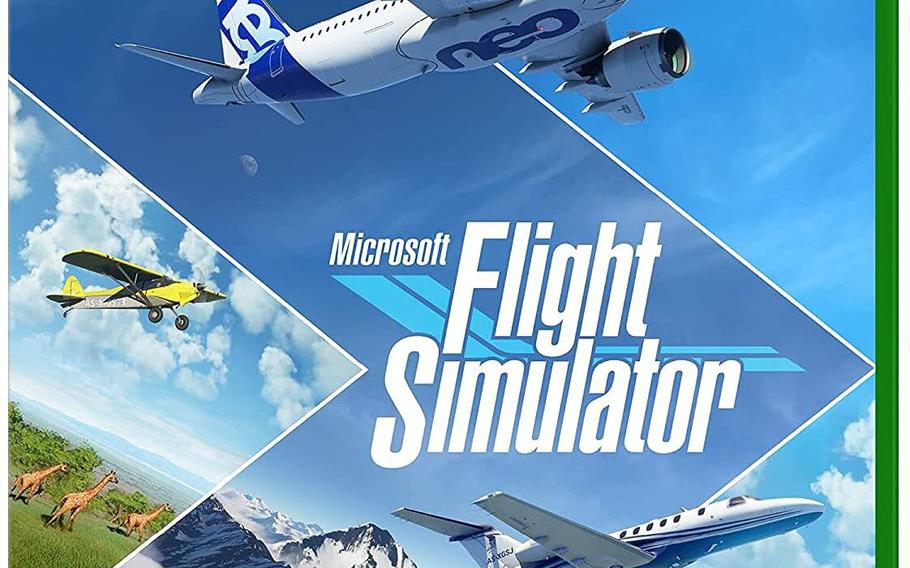 Once the skill foundation is set, players can tackle Activities that include Discovery Flights, Landing Challenges and Bush Trips. The Discovery Flights are detailed environments featuring plenty of landmarks. It’s best for virtual sightseeing. Meanwhile, Landing Challenges offer players difficult scenarios where they must touch down on unusual runways or in trying conditions.

Bush Trips require VFR knowledge and test how well players can follow a flight plan based on environmental descriptions and headings. Each is a time commitment with trips lasting more than a half-hour.

These are good tests of skill, but the meat of Microsoft Flight Simulator lies in its World Map mode where players create their own flight plans and freely travel around the globe. Asobo Studio uses cutting-edge machine learning and cloud computing to map every meter of the planet. If players wanted to do a cross-continental flight over Asia and Europe, they can do that though the trip would take hours as it would in real life.

Microsoft Flight Simulator renders the terrain and weather to match real-world conditions. It’s not a one-to-one facsimile, but it’s good enough that players can take off from a nearby airport and fly over their house. If they wanted to do something more daring like fly around a hurricane in the Caribbean, they can venture into the storm.

With the whole world as a playground, Microsoft Flight Simulator sets up exciting possibilities for discovery. One of the first things I did was fly over Disneyland, and the theme park is rendered decently. Players can see Space Mountain gleaming in the sun and a blocky rendition of the Incredicoaster.

San Francisco is notable because the data is old, and the game hasn’t rendered destinations such as the Salesforce Tower or the Transbay Terminal. Microsoft Flight Simulator may have the location of the 117 million large lakes in the world, but it may not render a BART commuter train track perfectly. The more time I spent in the cockpit, the more I could understand the appeal of flight sims. It’s a form of exploration with an addictive sense of discovery. When buzzing over old haunts, I saw familiar places from different perspectives and found new sites that piqued real-world interests. When traveling unfamiliar terrain, I always wanted to venture further to that mountain or beach over the horizon. It also helps that the game is dazzlingly beautiful and it’s worth snapping screenshots to share on social media.

It’s a more organic way of globe trotting that’s distinct compared to just seeing locales on Google Maps. Players uncover a living world where they can see cars move on roadways and animals roaming the earth. The world in Microsoft Flight Simulator is more alive, and at the same time, the trips players take feel like journeys.

With that said, the game isn’t for everyone. Many will find it dull, and it is in places. The tutorials are frustratingly obtuse, but Microsoft Flight Simulator has its appeal to those who have their heads in the clouds.