With its changes, Zelda: Skyward Sword HD reminds us what Breath of the Wild lacked 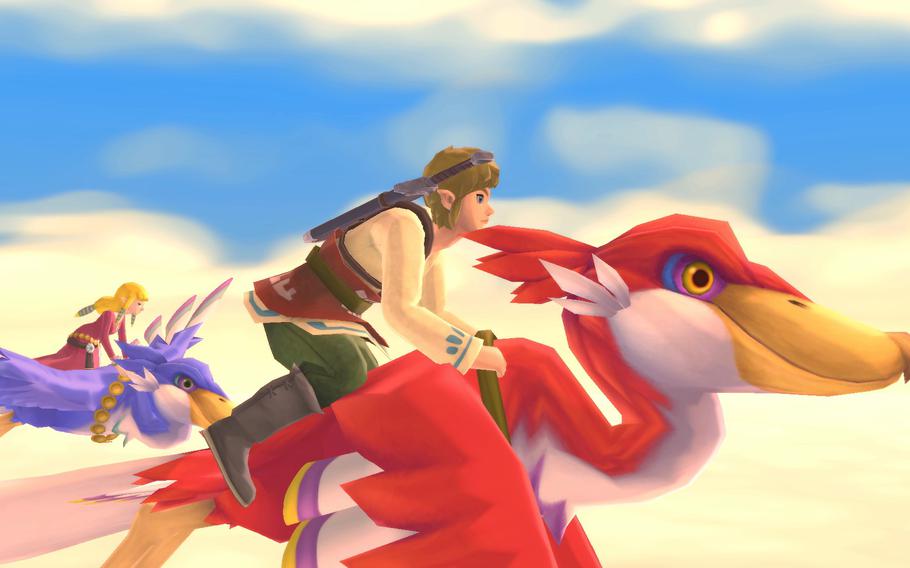 The Legend of Zelda: Skyward Sword HD, newly released for the Switch, addressed many of the problems present in the 2011 original. (Nintendo)

After 10 years, Nintendo proved me wrong. The Legend of Zelda: Skyward Sword was always a stellar entry in the series.

I've spent 20 hours on only the second run of my lifetime for this particular Zelda game, one I have called the worst console Zelda game ever made. The anger and confusion I felt in 2011 still feel raw and potent, which makes this apparent epiphany feel all the more destabilizing for me.

Skyward Sword HD, released this month for the Nintendo Switch, has either directly addressed serious issues in the initial 2011 release, or made enough changes to soften what problems remain in the core game. Many of these changes aren't exactly the kind you'd promote on the back of the box, but Nintendo, the company that never bothers to detail patch notes for its online game updates, took the rare step of outlining several of these changes on Twitter.

This included streamlining the amount of tutorials you receive in the game. In the opening hours of the original game, the hero Link couldn't walk more than a dozen steps without a neighbor grabbing the player's camera for attention and deliver instructions that used to come in a manual. Now, all of these tutorials are optional, even with Link's robotic gal pal Fi. While Fi interrupts the game a grand total of 162 times throughout the original adventure, almost all of her interactions are optional.

Suddenly, Fi isn't the bane of my existence while playing this game. She isn't literally interrupting me every five minutes (or less!). Rather, her character arc and charm as artificial intelligence can finally shine through. This change in Fi's interaction proves that her unwelcome interruptions weren't necessary, but her advice is still welcome when we welcome it. I can still occasionally, and voluntarily seek Fi's advice, which helps me finally see her as the traveling companion she was always meant to be. That goes for the entire game, at least with my experience, now that Nintendo has given us another control option besides using motions. Between this release and the Zelda: Twilight Princess HD release for the Wii U (which also removed motion controls), I’ve finally decided for myself, long after the fad has faded, that motion controls were never for me. Stabbing and the signature “skyward strike,” which requires you to thrust and hoist your controller respectively, never felt particularly reliable, even with the Switch’s improved motion controls.

Instead, I've taken up Nintendo on its offer to swing our sword and fly or swim by using either left or right analog sticks. Flicking the right analog stick in a direction will get Link swinging the sword in that exact direction. No more second-guessing the gyroscopic ramifications of me lazily kicking back on the couch. When I see an opening for a diagonal attack during a fight, I simply flick diagonally and the battle is over.

This makes the game's fights much easier, though punishing fights have not always been a key pillar of the series. Rather, the fights feel satisfying and exciting, now that there's a level of expertise and plotting without me fussing with the placement of my actual arms. Puzzles with this control setup are also much easier. Bowling bombs into small crevices or dropping them while flying a drone always felt too close to rubbing your tummy and your head at the same time. By simply aiming with sticks and pressing buttons, the industry standard to play games, puzzles are suddenly engaging because I can meet them with their core ideas.

I never realized how often Skyward Sword encourages usage of an item outside of its associated dungeon, a trope with which past Zelda games struggled. Instead, this game is adding layer upon layer of ideas until they all coalesce into the grand "puzzle overworld" idea the development team intended back in 2011.

With all these new changes, it feels like I have new eyes to appreciate the game. Controlling a game is not unlike reading. The harder it is to read, the harder it is to finish the story, and same went for the original game's motion controls.

Today, I am fully engaging with the game's upgrade system. I was so upset over the game's many other faults initially, this was the first Zelda title in which I didn't engage in many of the side activities. Now that my frustrations have been addressed, I am happily collecting monster parts to upgrade my shields, and playing minigames to fatten my wallet for more item spaces. I'm even already in a relationship with the item box girl, another story I completely ignored due to my frustrations.

It's through this lens that I can finally understand why so many longtime Zelda fans were disappointed by Breath of the Wild, despite many others considering it to be the greatest game ever made (myself included). Skyward Sword has several things that BOTW eschewed:

Rewarding quests: Skyward Sword has dozens of random folks needing help with small-scale issues, like finding a missing girl or literally doing cleanup work as a barback. But these tasks are immensely rewarding, sometimes providing more health, or if you're lucky, one of only four traditional and vital "bottle" items. BOTW side missions were similar, but usually only offered spare change.

Dungeon design: This was the biggest missing feature from the otherwise lauded most recent title. BOTW had bite-sized shrines, most of which featured clever puzzles. But they never matched the scale and menace of Zelda's greatest temples. And Skyward Sword, even in a state I disliked, still had the most ingeniously designed brain ticklers in the entire series.

The Lanaryu mines and desert predate the SSD-fueled magic of Ratchet and Clank: Rift Apart on PlayStation 5, instantly changing the map between ancient history and the present as you move through it. But beyond that, the dungeons start to really sing once I stopped grappling with the motion controls. Eldin Volcano isn't always brought up in conversation as one of the game's best, but making my way through it a second time in the past 10 years, I see the clear impact the Zelda series had on Hidetaka Miyzaki and Dark Souls.

Zelda dungeons are the industry's finest when it comes to engineering and architecture, and Skyward Sword saw the team operating at its best. Every subsequent dungeon hosts reiteration of older ideas, wrapping them up with new abilities and items. It was a far more holistic dungeon design than the series has ever seen. Skyward Sword reminds me that these dungeons and puzzles are sorely missed.

A story and a tangible sense of place: BOTW is a monstrous game, filled with lore. There's a reason internet essayists, like the YouTube channel Zeltik, have created dozens of videos peering into the mysteries of a post-apocalypse Hyrule. The "Zonai Tribe" doesn't even factor into its main game, and is barely named, but seems to be central to the series history. Skyward Sword is far less subtle about its story, and many will miss it. While I personally appreciate a more mise-en-scène approach to video game storytelling, the characters and cinematic framing of Skyward Sword is undeniably charming. BOTW told most of its character development through flashbacks. While it served the game's sense of isolation, there's no doubt many eagerly hope for a return of a more grandiose production. 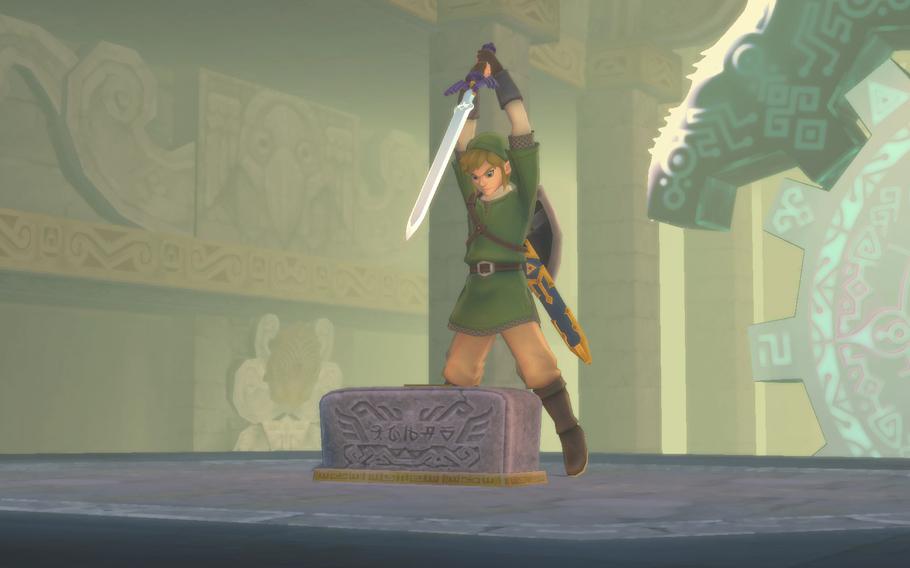 With the BOTW sequel taking many cues from Skyward Sword, it's almost as if Nintendo remastered the game as a way for people to refamiliarize with source text. And this revisit has made me realize that although the initial game rightly deserved admonishment for the many mistakes this HD release has fixed, its fundamentals were solid.

I wrote in 2019 that the risks of Skyward Sword were admirable, but didn't pay off. Consider this a correction. It's clear that many of the risks of the 2011 release were ultimately realized in Breath of the Wild. The experiments in stamina usage, floating through the air and upgrading equipment would all blossom in the Switch launch title.

Skyward Sword HD not only helps me finally fully appreciate what I once thought was the "bad egg" of the series, but it now has me unreasonably excited for what they have for the sequel to Breath of the Wild. And as a longtime and once-heartbroken Zelda fan, I couldn't happier to be proved wrong.