Ratchet and Clank: Rift Apart is a zany showcase for PS5′s visual potential 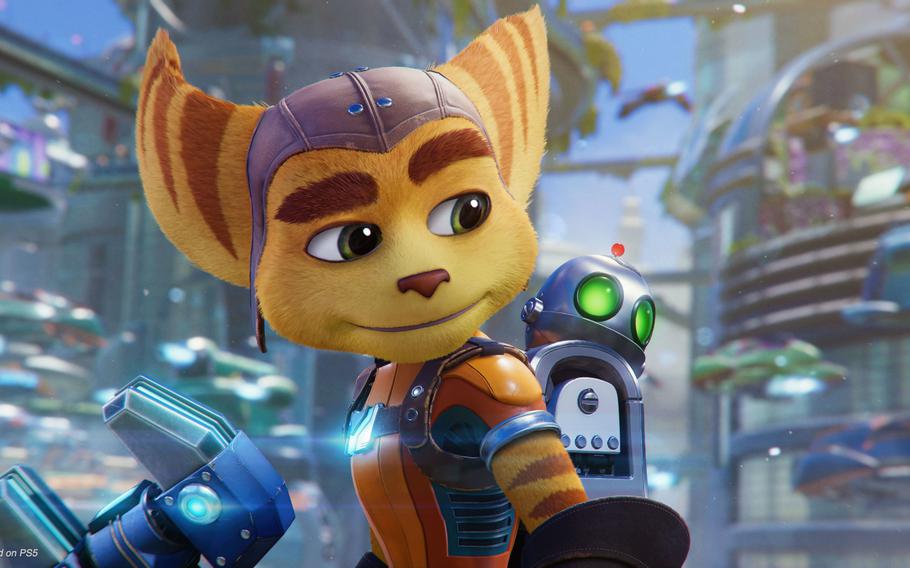 Ratchet and Clank: Rift Apart is like a 20-plus-hour fireworks display. It is pure spectacle — cascades of riotous colors wrapped around polished gameplay tropes. The 17th game in the long-running series, about an adventurous tinkerer and his robot companion, is another lighthearted adventure that coasts on lame jokes and madcap action sequences.

Following a brief cinematic opening that shows Rivet, Ratchet's female counterpart, steal some information and save a fellow rebel, the game cuts to the Festival of Heroes where Ratchet and Clank (Ratchet's robot sidekick) are to be honored for their space-faring heroism. For Clank, the festival is an opportunity to show his appreciation toward his friend. At the climax of the ceremony he presents Ratchet with a Dimensionator, a tool capable of opening portals to different dimensions. Clank's gift is intended to help Ratchet find the rest of his fellow Lombax, a feline-like race renowned for their technical prowess, whose whereabouts are a mystery.

The plan goes awry after their old antagonist, Dr. Nefarious, ambushes the ceremony and tries to make off with the Dimensionator, which is damaged in the scuffle, causing several rifts between dimensions to open up. Ratchet and Clank get separated during the incident and end up in a dimension where Nefarious is a supreme ruler.

Like many other works of pop culture these days, Rift Apart is enamored with parallel dimensions. Rivet, for example, lives in that dimension where Dr. Nefarious is a despot known as Emperor Nefarious. The game plays up the similar but different angle by giving Rivet a mechanical arm and making her distrustful of robots for reasons that become clear later.

Soon after the calamity at the festival, Clank meets Rivet, who is slow to believe his story until she finds time to independently verify it. Elsewhere, while Ratchet is searching for Clank, he comes across a melancholic robot who is reluctant to enter his company. Spoiler alert: Over time, Ratchet befriends the robot, who calls herself Kit, and the two work together to try to rebuild the Dimensionator. 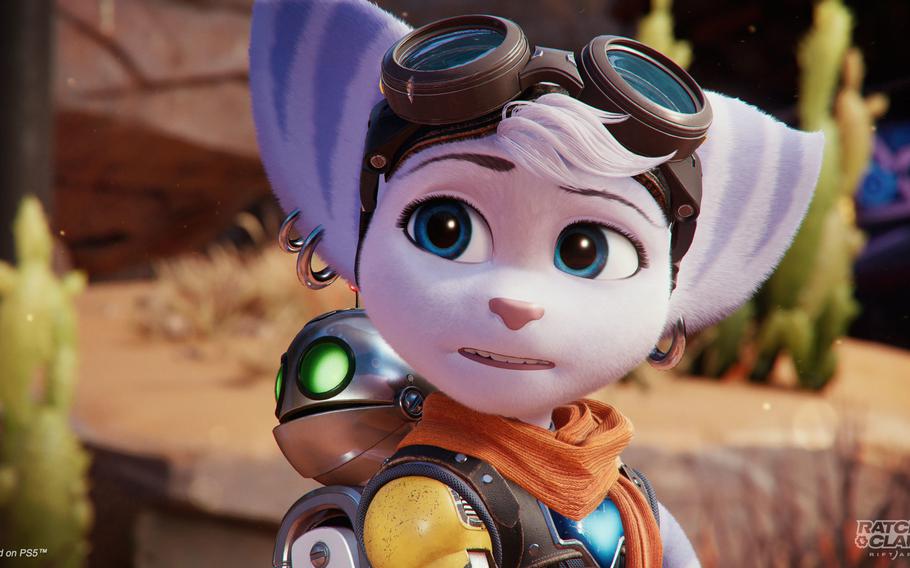 Ratchet and Clank: Rift Apart is a conventional, particularly well-balanced adventure game sporting shooting, platforming and puzzle sections. With the generously doled out in-game currency, there are loads of weapons players can buy for Ratchet and Rivet. Aside from your run-of-the-mill laser pistol or rocket launcher, there are guns that pop out different types of minions that will attack your enemies for you: One that turns enemies into ice cubes, another that grants you a reflective shield and many more - all of which have big upgrade trees. Switching between weapons is like cycling through different special effects, which make the game's abundantly detailed environments that much more vibrant. A new game plus feature allows you to carry over your arsenal to a new save file and acquire previously unavailable weapons.

From time to time, Clank and Kit are called upon to repair dimensional anomalies. These puzzle sections require them to help a series of their ghostly copies or "possibilities" find a route from one end of a grid-like structure to the other. Left to their own devices, the possibilities charge headlong in one direction until an external force redirects their movements. Except for the last section of the last puzzle, I found these sections fairly easy to get through. (I could say the same for the adversaries in the game.)

For those looking for a blockbuster, family-friendly experience, Ratchet and Clank: Rift Apart checks the boxes. It is hyperkinetic and full of cutesy-looking characters that wear their emotions on their sleeves. If you've seen one of the trailers then you basically know what you're in for: something totally familiar but with next-gen graphics. In other words, from a marketing perspective, it's a safe bet.