Studying the ‘essence’ of Whitney Houston 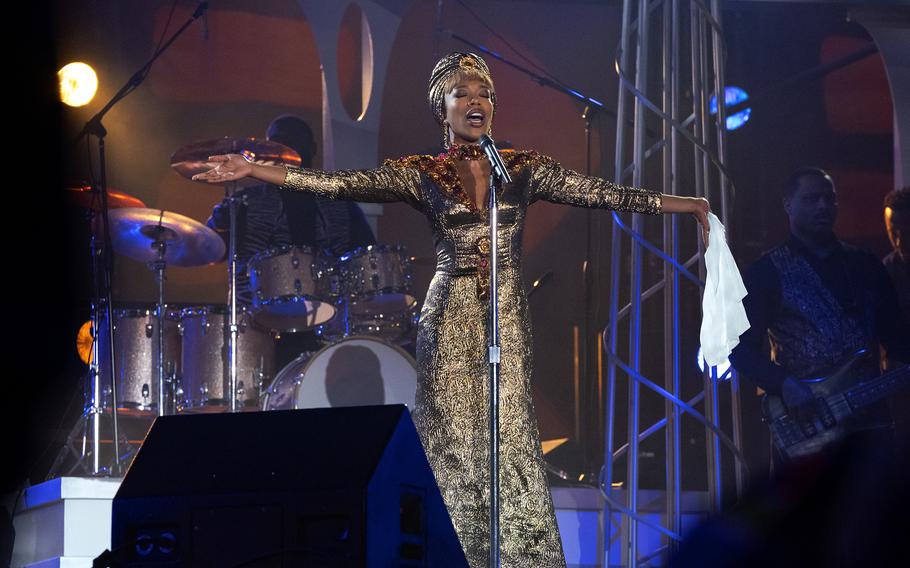 Naomi Ackie stars as Whitney Houston in “I Wanna Dance with Somebody,” which focuses on the woman behind the icon, troubles, triumphs and all. (Sony Pictures/AP)

Naomi Ackie, who plays Whitney Houston in the new biopic “I Wanna Dance With Somebody,” is the first to admit that she is not a doppelgänger for the pop star. In fact, she’ll go so far as to say she doesn’t look like her at all.

“I was like, are you guys sure? Are you absolutely sure?” Ackie said during a recent interview with The Associated Press.

But the people who really knew Houston, her family and record producer Clive Davis among them, were all convinced that the rising British actor was right for the film, meant to be a music-filled celebration and a kind of corrective to other projects that took a more salacious treatment.

The film, written by “Bohemian Rhapsody” scribe Anthony McCarten, shows Houston’s ascent from New Jersey choir girl to global superstar, with a focus on the woman behind the icon, troubles, triumphs and all, up until her death in 2012 at age 48. It opens in theaters nationwide Friday.

“It’s a study on the essence of Whitney and not the image of Whitney,” Ackie said. “I thought, if I’m going to do this, I’m going to speak on Whitney’s internal world, and everything else is completely out of my control.”

An important part of that journey was finding the right director to help hold her hand and challenge her when needed. Kasi Lemmons was a stranger to Ackie when they met, but they developed a quick, deep bond on a soul level.

They spoke to the AP about Houston; society’s complicated relationship with icons; and telling the truth while keeping her dignity intact. Remarks have been edited for brevity and clarity. 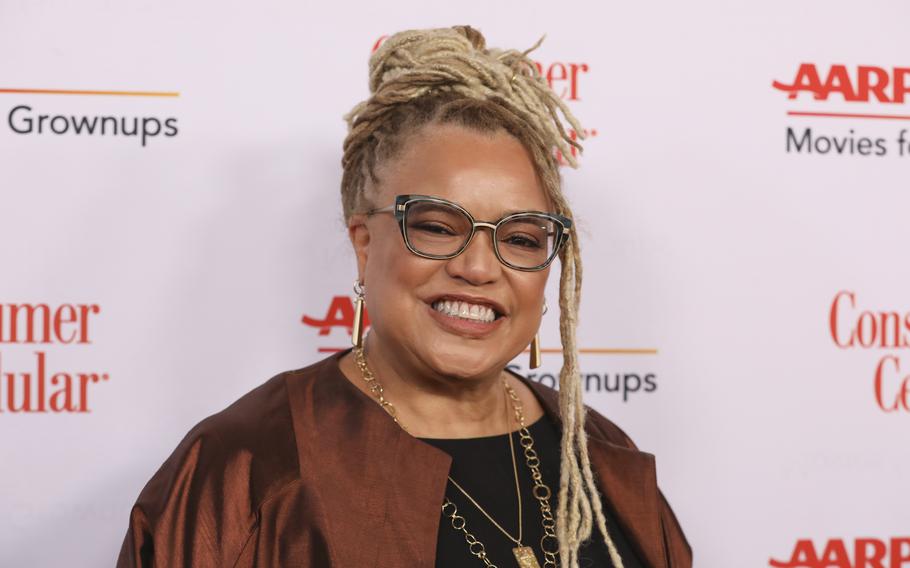 AP: Kasi, what was your relationship to Whitney and how did that inform your approach?

Lemmons: I watched her rise to fame as a young actress in New York City who was part of the Black dance world. I can remember the first moment I saw her, like who is this beautiful creature with this voice? But we also had ownership of her. We were all up in her business and it was all speculation, right? We didn’t really know her. Then 10 years later, at the height of her career, I ended up writing two scripts for her. So I got to see her as a woman. Like she’s sitting on a chair in front of me in her sweats and she’s tired and she’s high and she’s got stuff on her mind. In that same experience, I got to meet (her father and manager) John Houston and he’s talking about the brand, the image. That was the experience that stayed with me that I wanted to bring to the movie.

Ackie: And that was exactly what I needed. Someone who had direct contact and had an insight, especially to that relationship, because it was one of the ones that was most challenging to try and unpack. But you took me by the hand and just said, “I’ve got you.”

The question of identity is important here as everyone has different ideas of who she is and who she should be. How did you internalize that conflict?

This movie gives new depth to the song ‘I Wanna Dance with Somebody’ in connecting it to her relationship with Robyn Crawford (portrayed by Nafessa Williams).

Ackie: That was you, wasn’t it?

Lemmons: I would ask (the screenwriter) why is it called that? And he’d say it’s spirit and the effervescence and the uplift. And I’m like, ‘OK but it has to have meaning.’ He had written it in the script, that the song is ‘about wanting to dance with somebody really badly but for whatever reason you can’t.’ And I was like, I think that’s about Robyn!

Her performance of ‘The Star-Spangled Banner’ at the Super Bowl in 1991 is a big moment in the film. Tell me about re-creating that, and why that was so important to her.

Ackie: How many performances of that song have been made? And for her to make it so individual, so memorable? Obviously (I’m) not American, and it even made me patriotic! But filming, I mean, it’s meant to be in Florida, and we were filming in November.

Ackie: Yeah, you could see my breath.

Lemmons: We took a little bit of that out. I think one of my favorite things is that it was a moment where she was being herself. She didn’t want to wear a gown. She chose the outfit that she wore. And she said no, it’s going to be in my rhythm. I want it slow. And then to take it to these great heights? We tried to just bring the excitement of everybody observing it, even if you saw it on television, even if you weren’t there.

This film doesn’t shy away from her drug use either, but it does so sensitively.

Lemmons: We wanted it to be truthful. I have to commend the estate for letting us go places. Sometimes I had to push them past their comfort zone, and they were willing to say, OK, yeah, and that was great of them because I don’t think I would have done the film if it hadn’t been an aspect of it. It’s part of the story, and it was something I observed and was what ultimately led to her demise.

Ackie: We have to remind ourselves constantly that this is an illness. These people suffering are not villains of their own story or other people. They are the victims of this illness and kind of allowing space and holding space for Whitney to be treated with a bit of compassion when it comes to that. How awful it must be to suffer through all your struggles and your addictions and then have a big portion of the media ripping into you and making fun of you during that period. I can’t even imagine. So it’s important to show it but also make sure that we hold on to her dignity.

Lemmons: That was it, to hold onto her dignity and to really make you admire the things that were admirable about her. And even in that struggle, there were things that were very admirable. It’s very human: We try and we fail; we hope and we dream. We hope it’s going to get better and put our best foot forward, and then we fall backwards.