Documentary offers intimate look at collapse of the Afghan army 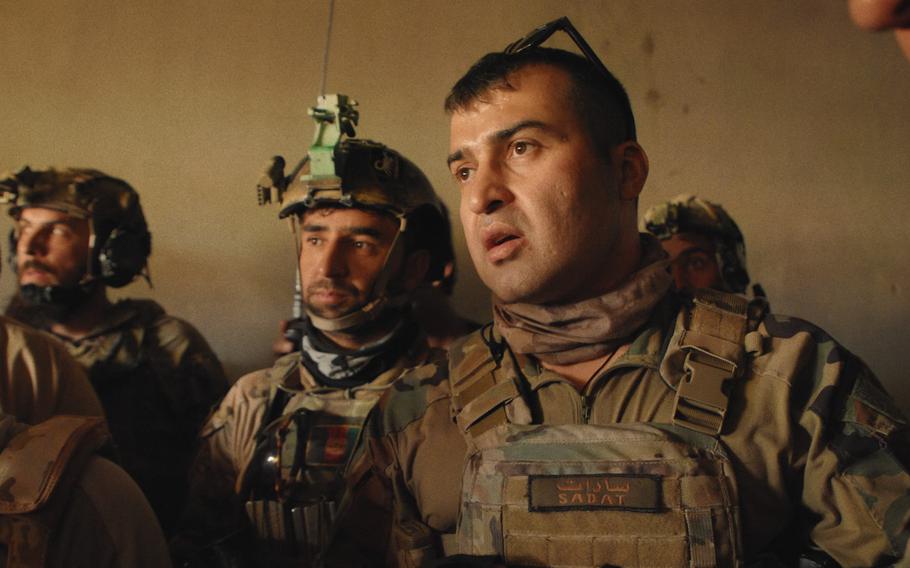 "Retrograde," a documentary by the filmmaker Matthew Heineman, follows the story of Sami Sadat, an Afghan general fighting a losing battle with the Taliban after the withdrawal of U.S. troops from the country in 2021. (Matthew Heineman/OTP)

A new documentary about the last days of the Afghanistan war puts viewers on the ground for a real-time look at the nation’s impending collapse through the eyes of U.S. Green Berets and the doomed Afghan army.

“Retrograde” evokes dread with its scenes of U.S. and Afghan troops trying to fend off the inevitable Taliban victory.

The beautifully shot film captures the despair some Afghans felt after being left behind to fight the Taliban, when U.S. troops were pulled out of the country in 2021.

The first third of the film highlights the last remaining U.S. troops at a remote base in southern Afghanistan. Some of the younger Green Berets are almost the same age as the war, and many of the older ones have lost friends and years of their lives to Afghanistan.

The film turns on the announcement that all U.S. troops are to leave Afghanistan. Upon hearing the news, the Green Berets immediately begin destroying everything they cannot take back with them.

They take a sledgehammer to a stack of printers and throw care packages into an open fire. They fire mortar rounds into the empty desert.

Then they blow up their remaining ammunition, sending a shockwave across the sand. The U.S. troops are told they cannot give any ammunition to their Afghan allies, presumably to prevent those supplies from ending up in Taliban hands through graft or surrender.

The Green Berets tell their mournful Afghan counterparts that they’re leaving, that the decision was out of their control. And then they leave. 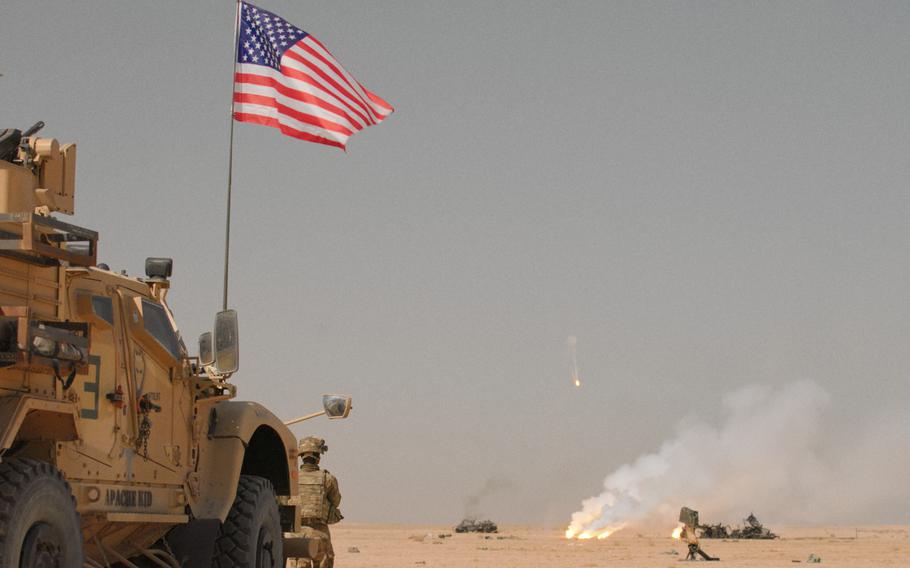 The last nine months of the U.S. war in Afghanistan, from the perspective of Green Berets and Afghan troops, is the focus of "Retrograde," a documentary by the filmmaker Matthew Heineman. (Matthew Heineman/OTP)

The film shifts perspective to the Afghan troops left behind. Sami Sadat, an English-speaking general who had been working with the Green Berets, takes center stage.

Sadat proves to be an expressive figure. The film becomes a character portrait of him as he fights the Taliban in a losing battle over the summer of 2021.

But as the war continues without U.S. support, the Taliban begin overrunning Sadat’s positions. The losses mount. The wounded are shown screaming and cursing. Afghan troops regularly lack ammunition, which makes the scene in which the Green Berets are ordered to not give anything to the Afghan military harsher in hindsight.

As the film goes on, Sadat’s exhortations of hope grow thinner. His advisers cannot help but whisper about how hopeless everything is.

He seems to move through all five phases of grief as he watches everything crumble around him: Denial of reality, which he seems to view as a virtue, as he tells everyone that the Afghan army can still win. Anger as he lashes out at his government, which he sees as not supporting him. Bargaining as he searches for a solution as Taliban tracer rounds fly over his building. Sadness as he lies still on the ground after another failed mission. Acceptance when he comes to grips with the inevitability of losing.

Outside of the film, Sadat has argued that the war against the Taliban could have continued and possibly could have been won, had it not been for the betrayal of departing U.S. troops, which crushed the morale of their Afghan allies.

The film seems to support this idea, showing the immediate impact of the loss of U.S. support in the forlorn eyes of Afghan troops who grimly clap during a goodbye ceremony for the Green Berets.

But in other ways, not shown in the film, Sadat perhaps was himself responsible for the collapse of his army. One of the general’s helicopter pilots told a reporter that he was ordered to fire upon civilians in territories recently captured by the Taliban, as if in retribution, the writer Anand Gopal wrote in a story in the New Yorker last year.

Gopal, who was traveling through Taliban territory last summer, said villagers told him Sadat was someone who regularly ordered civilians killed, which led to anger against the Afghan army and support for the Taliban. If true, this description of Sadat, as simply a more articulate iteration of other brutal warlords supported by the U.S. in Afghanistan, shows a side of him not explored within the documentary.

The film does not have a narrator but instead relies on its subjects to tell their side of the story, combined with clips from news pieces. Matthew Heineman, the director, told Stars and Stripes that he wanted viewers who never experienced war to feel what it was like on those battlefields and maybe see the world a different way.

The last part of the movie is the collapse of Afghanistan. It is the most chaotic part of the documentary, and a lot happens very quickly.

The most effective part of the last section of the movie is the footage from the teeming crowds surrounding Kabul’s airport. The film captures the soldiers shooting above the crowds to force them back. People brave the danger for a chance at getting a flight out of the country.

At one point, a red flare shoots into the sky, illuminating those stuck on the ground and the abject hopelessness on their faces.

“Retrograde” has a running time of 96 minutes and is available Dec. 8 on the National Geographic channel, Dec. 9 on Disney+ and Dec. 11 on Hulu.