How 'Till' reframes the enduring story of a brutal American murder 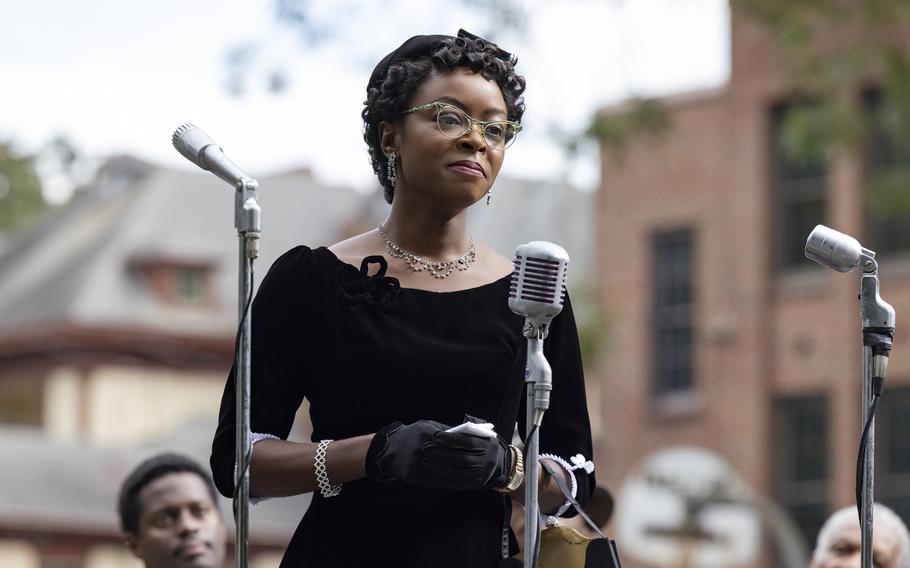 The brutal murder of 14-year-old Emmett Till at the hands of two white men in Jim Crow-era Mississippi is deeply embedded in the American psyche. As a major catalyst to the burgeoning civil rights movement, the horror of the 1955 lynching reverberates with racially motivated hate crimes of the modern era, exposing the injustices that persist. The politics of this dialogue remain fraught; just five years ago, Black artists protested the Whitney Biennial's decision to feature a white woman's painting of Emmett's corpse.

The artist, Dana Schutz, based her painting off David Jackson's widely publicized photograph of Emmett's mutilated body, taken and published at the urging of his mother, Mamie Till-Mobley, who held an open-casket funeral in Chicago because she "wanted the world to see what they did to my boy." At the center of debate over Schutz's work was a question of cultural ownership. Emmett's murder, which occurred after he was accused of flirting with a white woman working at a grocery store, was a pivotal moment in history —but whose story was it to tell?

Enter "Till," a new film by director Chinonye Chukwu looking back at what is inarguably the most impactful telling of what happened to Emmett: his own mother's. Chukwu reframes the story by focusing on Mamie, following her journey as she reluctantly steps into the spotlight and transforms from shellshocked parent to determined activist. The film grants viewers a fuller understanding of the woman who made a choice to grieve with the world, inspiring action for decades to come.

"One of the things I asked myself is, how do I tell this story in a way that feels fresh even though we know there's not going to be a guilty verdict?" Chukwu said in a recent interview with The Washington Post. "The narrative arc is not about whether they're going to be guilty or not. It's Mamie realizing that, 'Oh, my activist work ... is bigger than that.' "

Chukwu wrote "Till" with producers Michael Reilly and Keith Beauchamp, the latter of whom grew close to Till-Mobley in real life while conducting extensive research for his 2005 documentary "The Untold Story of Emmett Louis Till" (which contributed to the Justice Department reopening the case). According to Chukwu, producers spent nearly two decades trying to make "Till"; its long-anticipated release happened to land the same year as "Women of the Movement," an ABC miniseries also centering on Mamie. 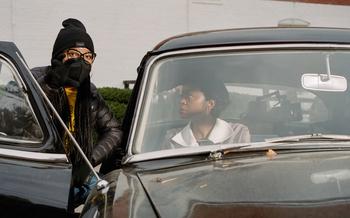 Danielle Deadwyler, who plays Mamie in the film, said the process of embodying the character was "deeply, deeply spiritual." Chukwu took great care in guiding Deadwyler through the scene in which Mamie sees her son's deceased body for the first time, perhaps the most daunting challenge for an actress in the role. Together they broke down the individual emotional beats, which build to a harrowing crescendo.

"It's not just, 'All right, a mother is sobbing over her son's body,' " Chukwu said. "There is an underlying anger that's built up, and rage ... In breaking down that scene, what is the emotional journey that leads to the release that Mamie lets out, and then leads to her critical decision? All of that is unspoken."

Deadwyler added that this level of vulnerability was often in real life "something that publicly wasn't seen because [Till-Mobley] had to perform a particular kind of Black personhood, and a respectability."

Ellen Scott, a professor of cinema and media studies at the University of California at Los Angeles, said "Till" exists among narratives that have "historically been viewed as not interesting to Hollywood or actively repressed because of what they say about race in America." That a major release so thoroughly examines the inner life of a Black mother — and one who lost her son to reprehensible hatred — is notable, according to Scott, who found it significant that "Till" was co-written and directed by a Black woman as well. It wasn't until the 1980s that Black American women directed narrative feature films, she said: "That history is really key."

Scott echoed Chukwu in expressing how narrative storytelling techniques can "support emotional buildup," as the professor put it. Because of its framing, "Till" explores how Mamie's decision to publicize her son's murder was "a kind of personal activism that I think is resonant in our particular moment."

"Film history has its own canon," Scott said, "and I think putting a film like this into that canon changes the conversation about what deserves to be an epic story."

As a study of grief, "Till" depicts the full spectrum of emotions experienced by those close to Emmett (Jalyn Hall), from the heartbreak suffered by his grandmother, Alma Carthan (Whoopi Goldberg), to the guilt wracking his great-uncle Moses Wright (John Douglas Thompson), whose family Emmett was visiting in Mississippi. Among the most moving moments in the film is a quiet conversation between Mamie and Myrlie Evers (Jayme Lawson), the wife of activist and NAACP leader Medgar Evers, about the difficulties of raising Black children in the United States and the sacrifices involved in fighting for a greater cause.

Till-Mobley evokes a sort of mythic archetype, according to Thomas Allen Harris, a Yale University professor of film and media studies who likened her "dealing with a tragedy and coming out on the other side" to a hero's journey. But in literary tradition, he added, the hero myth often involves stories of men.

"I think it's so important to redefine womanhood through the lens of a film like this," said Harris, who also teaches African American studies and noted that Till-Mobley defied much of what was societally expected of women, and especially Black women, in the 1950s.

The most famous Hollywood depictions of American civil rights leaders tend to center on men as well. "Till" sheds light on the instrumental role a Black woman played in the movement, which Harris said continues to resonate with racial justice efforts today. Black Lives Matter, for instance, was co-founded by three Black women.

Chukwu approached making "Till" as an extension of Till-Mobley's original mission. The film doesn't visually depict the acts of violence carried out against Emmett; at the world premiere in New York, Chukwu stated that "where the camera focuses is its own act of resistance." But "Till" does feature a recreation of Emmett's corpse, which Mamie can still identify as her son despite him having become unrecognizable to others.

"It was so critical to the story and her journey," Chukwu told The Post of showing the body in her film.

In addition to the photograph, the real-life cruelty of Emmett's murder remains accessible through a visit to the National Museum of African American History and Culture, where his casket is on display. While the Justice Department closed Emmett's reopened case last year without filing charges, President Biden in March signed into law the Emmett Till Antilynching Act, which made lynching a federal hate crime after more than a century of similar attempts. If the high-profile murder of George Floyd "taught us anything, it's that we are still way too close to the same racial issues and problems that we were in Emmett Till's day," said Scott, the UCLA professor.

"To the people who say, 'Enough is enough, we don't need any more of that,' I understand where that's coming from and I understand the need to look away," Scott said of art that engages with racial violence. "But the extent to which we have not reckoned with our past is a big part of why we are where we are today."