Children shoot off rockets and have unsupervised fun in this scene from the animated film “Apollo 10 1/2: A Space Age Childhood.” (Netflix)

Bike rides, kickball, Jiffy Pop, Jell-O and other well-remembered details crowd Richard Linklater’s “Apollo 10 ½: A Space Age Childhood,” an affectionate ode to his own childhood growing up outside Houston in the late 1960s.

NASA and the moon mission are just next door, as are other scientific marvels (Astroturf!). But the sense of wonder that permeates “Apollo 10 ½” is felt just as strongly in the neighborhood streets where kids roam with skinned knees. “A Free-Range Childhood” was Linklater’s original subtitle.

Time flows through Linklater’s films. Its passing paced “Boyhood” and punctuated the “Before” trilogy. He has plunged in the ’70s (“Dazed and Confused”) and the ‘80s (“Everybody Wants Some!”), and made movies long enough to see his films become indelibly associated with the ‘90s.

“It’s never too late to look back on another era and go, Wow, how did we get from there to here?” Linklater said recently by Zoom from his home outside Austin, Texas. “That is our relation, isn’t it? It’s our present selves and our past selves, and the past worlds we lived in.”

“Apollo 10 ½,” which debuted April 1 on Netflix, marks Linklater’s third animated film, after “Waking Life” and “A Scanner Darkly.” And while the 61-year-old writer-director’s films have always moved with their own leisurely, philosophical rhythm, “Apollo 10 ½,” especially, radiates a glowing nostalgia for a bygone time -- of childhood amid halcyon days of space-age possibility and, as its narrator (Jack Black) describes, “the height of the prank-call era.”

“I wanted to go back to that time and say what it was like at that moment,” says Linklater. “We fall into hero myths and big stories. Correct me if I’m wrong, but when was the last time the world was focused and united around a human accomplishment?”

Linklater talked to The Associated Press about his movies and nostalgia. Remarks have been edited for clarity and brevity.

Linklater: When I was doing “Dazed” it honestly felt farther. Yeah, it is a long time, but it doesn’t feel that long for me. I remembered it all really well. If I have one innate gift in the world, it’s probably a very exacting memory for people and details and conversations.

What made you want to write this film? Making “Boyhood” prompted something?

I just realized by systematically going through where “Boyhood” took me: “Wait, that was a pretty interesting moment to have been alive, to be a kid.” I think that era only gets bigger over time. At the time, you sort of take it for granted. “Oh yeah, this is going to go on forever.” You extrapolate out the success and it puts us on Mars by the end of the century. When that didn’t happen, it makes that time even bigger. The idea hit me for the movie as: What an interesting time to be a kid. The wonder of that meets the wonder of being a kid. 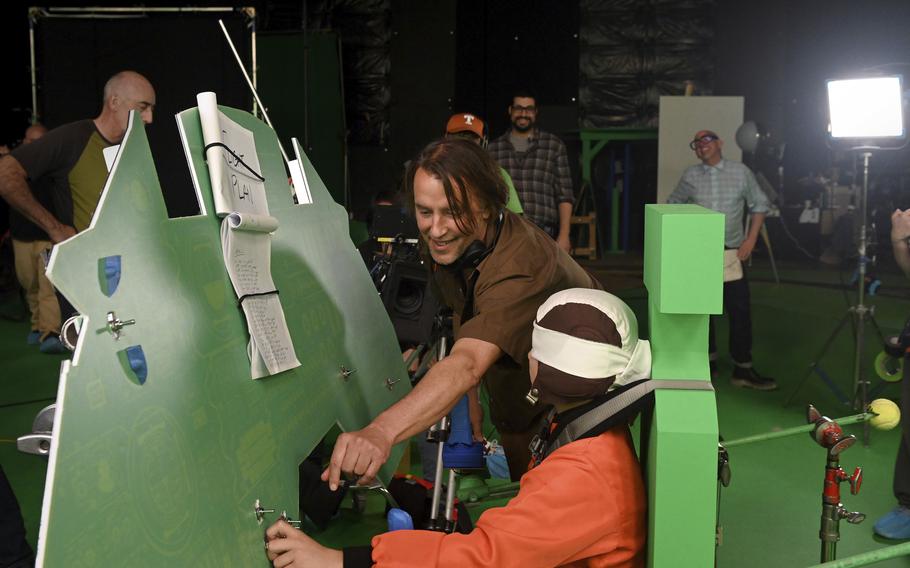 Paul Thomas Anderson’s ‘70s-set “Licorice Pizza” was motivated in part by capturing a time when a sense of mystery was more ubiquitous. It seems those pre-internet decades seem more and more attractive.

There’s a little nostalgia gene in all of us. I don’t think nostalgia is the proper word, even. It’s a kind of a cultural curiosity. What was it like to be alive then? Kids are fascinated by ancient history. Then you get a little older and your immediate history becomes really relevant once your own interests grow. I don’t trust anyone who’s not interested in history. It’s easy to be nostalgic for a time before you knew much, and that’s what this definitely fits into. Before you really know how the world works. In “Apollo 10 ½,” I intentionally sort of have it both ways. It’s an adult narrator who’s pointing out ironies and abuses more from an adult critique standpoint, in a good-natured way. I couldn’t have approached it any other way. It would be a disservice to the complexity of the time to get too much into his head and not have a bigger critique. A lot of that I discovered over the years. It amazed me to find out that there was a backlash about the resources being spent (for Apollo 11) — a legit conversation for a society to always been having.

You see that in Questlove’s documentary, “Summer of Soul,” about the 1969 Harlem Cultural Festival.

We share some footage! I had some of those clips maybe eight years ago. I was like, “Oh, there was a soul festival going that very day, how fascinating.” Before I saw “Summer of Soul,” I thought: “Perfect!” I had seen those clips years before in our 10 years of research. I’m so amazed watching Cronkite and Sevareid and the contrary analysts they would have on. There’s Gloria Steinem just kind of (expletive) on the whole thing. I have a great clip of Kurt Vonnegut making fun of the whole thing. But it was part of the dialogue.

To have been a skeptic of the moon mission in retrospect doesn’t look so good.

No, kind of like being a Nader voter. You’ve got to watch what side of history you may be on. You can’t bring your political ax to every single thing.

Do you personally fight against nostalgia or embrace it?

I’ve been able to make some period pieces, which I think are, by definition, nostalgic, even if it’s a time you didn’t live in. You mentioned “Licorice Pizza.” Paul was, what, 2 or 3 years old when that takes place? Where does that fit on the nostalgia thing? It’s a time he doesn’t likely remember, but knows it’s interesting culturally, so he picks that year carefully. I picked 1937 (“Me and Orson Welles”). That’s nostalgic, but what for? We’re pre-war, there’s a lot of misery on the horizon. But art is always in the air. Nostalgia is a double-edged sword. I think you can look at the past as long as you do it honestly, without rose-colored glasses. It’s always dangerous to say, “That was a better time for everybody,” which of course was never true. As much as I love the Apollo program, it sort of breaks your heart to look at it and go, “That was also a part of a very exclusionary culture.” Where’s the women astronauts? Where’s anyone of color? They were working behind the scenes. Going back to any time is fraught.

Still, your movie is foremost a celebration of a more carefree way of living that now seems obsolete.

My dad tells the story, “We would just let you out in the morning.” If a parent needed a kid, you would just put your head out the door and go, “Hey, Tommy, come home.” The world closed in on everybody. Everybody got scared. You know, the media scare tactics worked. “There was a child abduction today in St. Louis.” So that’s it, no more unsupervised kid play. You might get turned in if you’re a parent who let your kid run a block away. There’s something good about that free-range play that I think could come back if neighborhoods would just get together and say, “Hey, we’re all going to do this and it’s going to be cool and nothing bad is going to happen.” Come on. What are the odds?