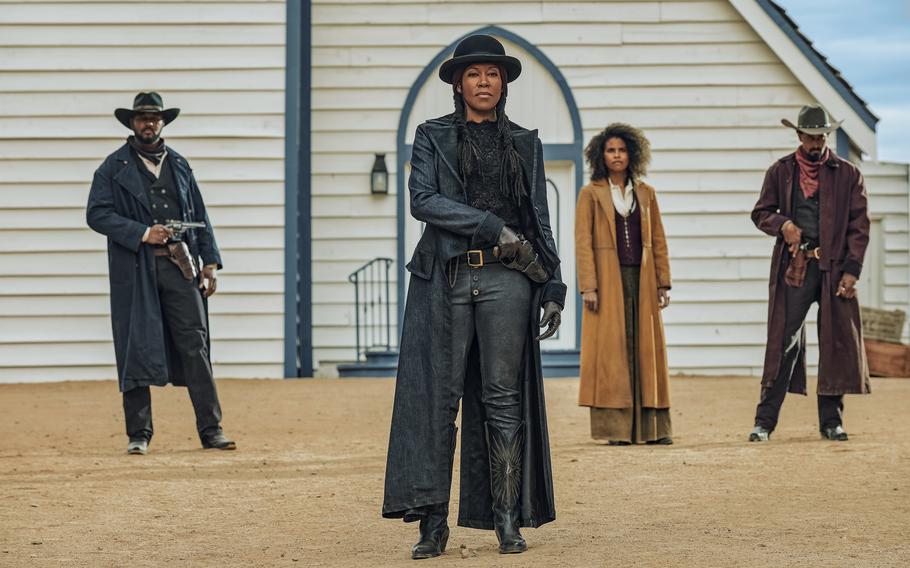 There is a moment in “The Harder They Fall” that director Jeymes Samuel can’t stop smiling about. It arrives with a locomotive around the end of Act 1 and subsequently barrels through every preconceived notion of what a Western is supposed to be.

In the scene, a white male character gets just the tip of a racial slur out of his mouth before he’s cut down by the outlaw Treacherous Trudy, played to woman-in-the-black-hat perfection by Oscar winner Regina King. Trudy’s fellow gunslinger, Cherokee Bill (played by an impossibly cool LaKeith Stanfield), feigns admonishment.

“We ain’t no nincompoop,” counters Trudy as she fixes her bowler and stalks toward the train the gang is about to rob. “If they say something that even starts with an ‘n,’ they gonna meet the same fate.”

“That’s probably one of my favorite lines from the entire film,” Samuel confesses. Is Trudy talking to Bill? The audience? Movie studio executives? The entire “period piece” genre? Yep.

The moment stabs at the heart of “The Harder The Fall,” a Western released last month with an all-Black cast led by King, Stanfield, Idris Elba, Jonathan Majors, Delroy Lindo and Zazie Beetz. The film concerns itself not with what its few white characters think but with what its central Black characters do. The story has no time to spare for those who might have finished the racial epithet, which is to say that Blackness is neither played up, played down or played off. It simply is. That is a rarity for any mainstream movie set in the distant past. 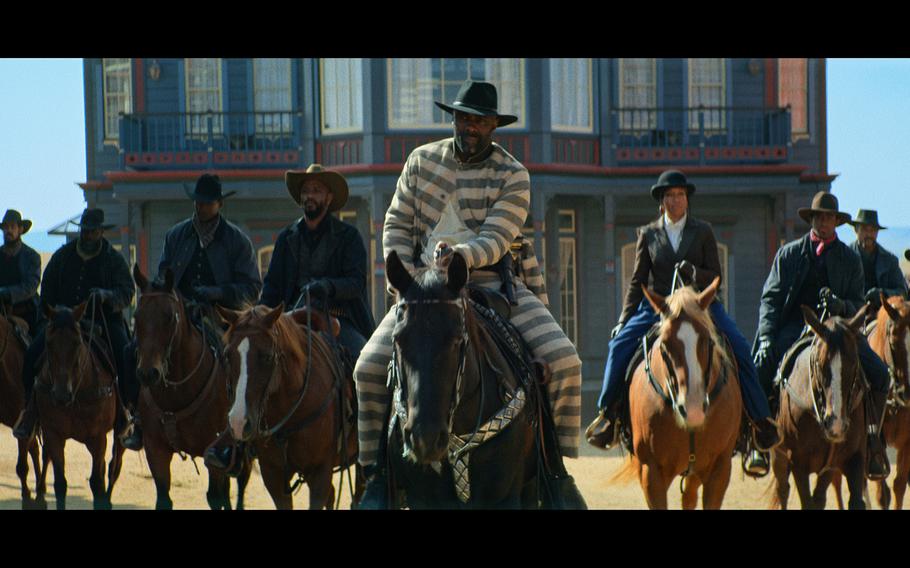 From “Gone to the Wind” to “Tombstone,” period films as a whole - whether set in the Old West or Victorian England - have rarely been kind to non-White characters, who are cast as set pieces (if at all). Historical accuracy is usually the explanation offered when fans point out the glaring lack of diversity, as if women and people of color didn’t exist before 1960.

That omission, said Samuel, is based on lies that even he believed as a child.

“I don’t know if there is a person alive that loves Westerns more than me,” said the director and musician, who has been a mega-fan of the good-guy-versus-bad-guy genre since he was a kid growing up in London. When he started to looking for himself in his favorite shoot-’em-ups, he explained the absence away, giving the genre a pass: “We just probably didn’t exist.”

“If they show anyone of color or Black, they always have to give a reason for us being there,” said Samuel. “For me that’s the most frustrating thing about Westerns and frustrating about myself, actually. That it took me until I was 13 or 14 to be like ‘Hang on a minute, something is amiss here.’”

Three decades later, the director rights that wrong for anyone else watching. In its very first frames, “The Harder They Fall” announces itself on-screen without question with the title card “These. People. Existed.” The classic revenge plot of the film is fictional but nearly every character is based on a historic Black figure who, yes, actually existed in the Wild West. There’s Trudy, Nat Love, Rufus Buck, Bass Reeves and more - Black frontiersmen and women who probably wouldn’t recognize the whitewashed West depicted in the genre’s classics.

“I hate when people say I remixed, re-envisioned or reimagined the Western,” said Samuel. “I haven’t. You guys reimagined the Old West. I just brought balance to the force, like Luke Skywalker.”

That balance is what’s missing in the period genre as a whole, say other creators who’ve worked to bring stories focused on people of color and women to the big and small screen.

“It was less that people didn’t believe she existed; it was more that they didn’t believe she was interesting or mattered,” said Sagay. “They just couldn’t wrap their heads around the fact that I wanted it to be about Belle.” (In 2014, the film’s titular star, Gugu Mbatha-Raw, won the British Independent Film Award for best actress.)

But in the years since the sumptuous costume drama was released, there have been few similar stories on the screen centered on historical non-White characters. Instead, the industry has trended toward “colorblind” casting, in which actors are considered for roles regardless of their race. Think Dev Patel starring in “The Personal History of David Copperfield,” Gemma Chan in “Mary Queen of Scots,” or the entire cast of Lin-Manuel Miranda’s “Hamilton.”

And, of course, there’s TV’s Shonda Rhimes’ wildly successful Netflix hit “Bridgerton,” based on a novel series and set in Regency-era London. In the slightly alternative universe Rhimes created, Queen Charlotte, several prominent members of the British aristocracy and the coveted duke who is the impossible catch of the marriage season are all Black.

“Bridgerton” has all the gilded flair and melodrama of a successful period piece, plus a diverse cast giving actors of color opportunities to waltz and preen with the best of them, but Sagay wondered if it was true progress. 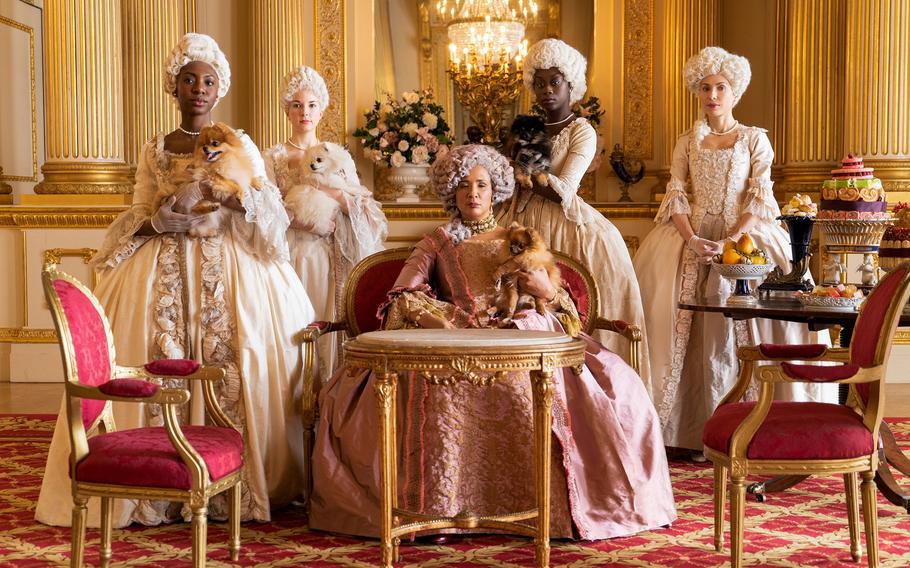 “It doesn’t quite sit right with me, because the other side of it says we don’t have a history so you have to shoehorn us into places, when in fact we were here. We have been here,” said Sagay. “I’m all for actors getting to do whatever they want. But Black people are interesting and we are enough. We don’t need to be in anyone else’s stories.”

That’s the same sentiment Samuel kept returning to in “The Harder They Fall.” Black people are enough.

There is no white oppressor. No damsel in distress. Slavery is never mentioned directly in the film, which is set in the late 19th century. Samuel said those omissions were “super intentional.”

“When I deal with race, I try to turn it upside down,” said Samuel, who added that his debut movie is “not a Black Western in the same way that ‘Unforgiven’ is not a white Western. They’re just Westerns.”

Now the next time another Western inevitably comes around, the casting department won’t be able to use history as an excuse for erasure.