Fear is fun (for some of us): Why we’re drawn to horror and scary movies 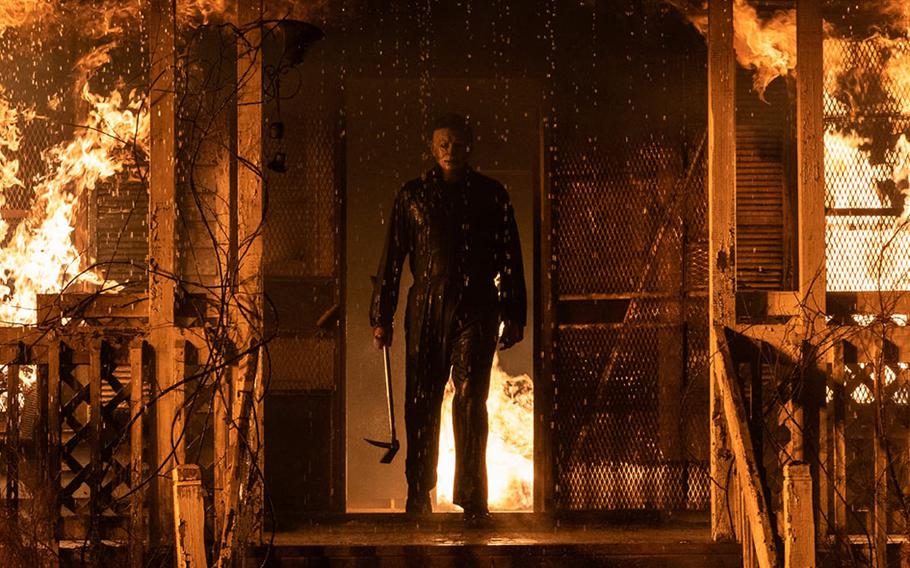 I cannot watch scary movies. I know my limits. For me, fully make-believe scenarios conjure lasting fears, which is why I am forever fascinated that plenty of audiences have the opposite reaction. Why are we — well, you — drawn to horror films?

I’ve given this some thought and I wonder if part of it is the controlled setting: Despite whatever you’re seeing on screen, you can safely experience a big emotion like fear because you know none of it is real. You’re never actually in danger. And when the credits roll, maybe there’s a subconscious thrill of survival: You felt extreme terror and came out on the other side alive. Take that, fear!

“I think you’re partly right, at least for some people,” said Coltan Scrivner, a researcher at the University of Chicago who examines this phenomenon. One of the ways he does this is by talking to people after they’ve gone through haunted houses and asking: What are you getting out of this?

And what he’s found is that people tend to fall into two categories. One group are sensation seekers. “They like to maximize the amount of arousal they get from an experience,” Scrivner said. But isn’t fear a negative arousal? “The research I’m doing is sort of arguing that this is a misnomer, because the people who are experiencing that fear aren’t experiencing it as negative, so what we’ve been calling it is ‘scary play.’ People who are adrenaline junkies love scary play specifically because they like that sensation. They like the extreme feelings and the dopamine rush of watching a scary movie or jumping out of a plane. So that’s roughly half the people who go to haunted houses.”

The second group are made up of what Scrivner calls white-knucklers: People who experience intense fear but engage in scary play anyway. “We were curious to learn what they get out of it and most of them told us, ‘I learned something about myself,’ or ‘I developed as a person.’” That sounds deep. “It is deep! And when we would probe them even further, it mostly centered around learning that you could handle more than you thought you could, which is similar to your idea of feeling as if you’ve conquered or vanquished something. They’ve overcome a fear or pushed themselves past their comfort level and learned that they can actually handle it.”

This echoes an observation made by Kinitra D. Brooks, who is an associate professor at Michigan State University. Writing about the “Candyman” reboot earlier this year for The Root, she described horror as a “purposeful, controlled trafficking in trauma to allow viewers to process difficult themes from their theater seat or couch.”

Talking by phone, Brooks pointed to the catharsis audiences experience when a scary movie ends. That’s important. There’s also the idea that a vicarious fear isn’t any less instructive than a real fear. “Horror is a reflection of our world — it’s a distorted reflection — but that doesn’t mean you can’t learn specific things about yourself by going on that journey,” she said. “It can be a gut check: Are you identifying with the victim or are you identifying with the monster? Who are you? What is your moral and ethical framework?”

She joked that horror fans will watch a lot of dreck in search of a great horror film. So what makes a horror movie bad? “It doesn’t handle the conventions of the genre well,” she said. “Some of them can scare you but they don’t give you the complexities or the cathartic experience. And they also don’t have fun with the genre, they’re almost too grim. One of the issues I talk about is this idea that a lot of Black horror has been constructed as Black trauma. These are critiques you hear from people who don’t necessarily understand the conventions of horror as a genre. So if you don’t understand how horror works, these stories are only going to look like Black trauma, without understanding the catharsis these stories provide.” 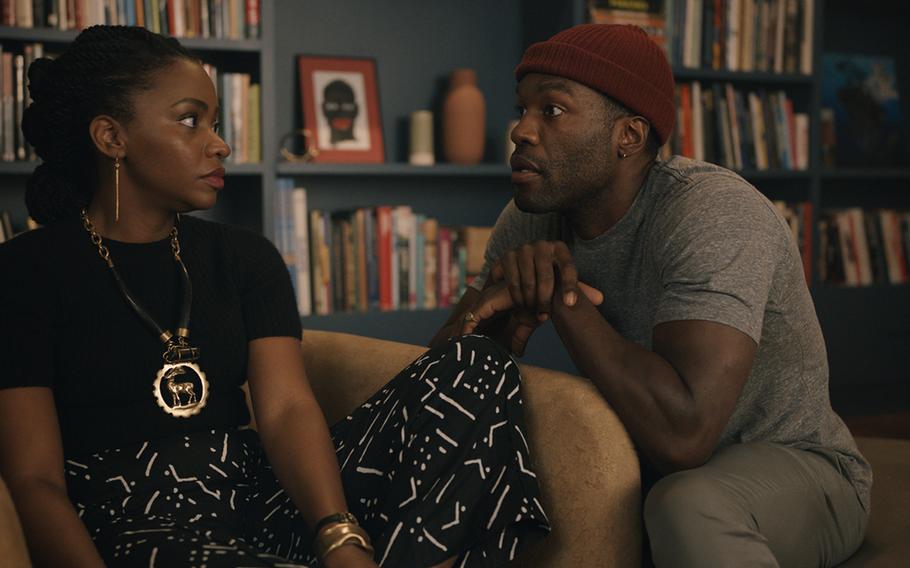 As with anything, this requires a certain amount of nuance and finesse, which Brooks felt were missing in the recent movie “Antebellum” and the TV series “Them.” But when a writer and director get it right, there are kinds of pleasures to be had. She pointed to the series “Lovecraft Country” and the movie “Get Out,” which both work because “they recenter who is the victim. A lot of horror centers on the experiences of white middle class folks. But with these two, you get this shift from what has been historically constructed as the monster — the scary Black man — and they become the victim and the monstrousness comes from whiteness. So by playing with some of the conventions of horror, you get this really complex yet enjoyable ride through the genre.”

Does watching scary movies — experiencing fear in a controlled setting — help people to deal with fear in real life? “That’s the other main arm of my research,” said University of Chicago’s Scrivner. “My colleagues and I had this idea that if you engage in scary play frequently, it helps you build certain cognitive and emotional skills that you can then — at least some people seem to be able to — translate them into other areas of their lives.”

In other words, watching horror allows you to rehearse or practice feeling anxious and afraid. And to practice not being paralyzed by these feelings. It’s not that you’re learning the specifics of how to escape Michael Myers in one of the “Halloween” films, Scrivner said, “but that you’re learning how to think and act when you’re feeling anxious.” In fact some people, he found, have been seeking out scary movies specifically as a way to cope with anxieties caused by the pandemic, even as many people — with good reason — try to avoid anxiety.

That would be me! I figured out pretty early that horror wasn’t for me. I remember someone wanted to put on “Children of the Corn” at a childhood sleepover and I was silently relieved when the group voted it down. The logical side of my brain knows what I’m watching is fake, but a deeper, more primal part of my brain can’t seem to make that distinction. Consuming these stories and images just feels bad and traumatic. Or as the fox said to the porcupine, I’ve enjoyed about as much of this as I can stand. I know I’m not alone, so I asked Scrivner why some of us can’t engage in scary play.

“Imagine it like a dial and there’s a sweet spot for how scary it needs to be in order for it to be fun, or how much it needs to push your boundaries,” he said. “Adrenaline junkies have a very high sweet spot. On a dial of zero to 10, they might be a nine. Some people are much lower, a three or a four. When you make scary content, you tend to err on the scarier side, which means it’s more difficult for someone who has a lower set point to enjoy a common horror movie.” You can take a test on his website gauging your own level of morbid curiosity to see where you fall. It will surprise no one that I scored extremely low: A two.

But Scrivner’s research is fascinating. Morbid curiosity, he said, is basically an interest in gathering information about potential threats in your environment. There’s also this: He’s found that people who tend to have higher anxiety are more likely to be horror fans. “I thought that was really interesting because why would a person who is anxious want to escape into a world filled with anxiety?

“And one thing that might be going on is that the root of anxiety is an intolerance for the unknown. You’re scanning your environment for threats. You’re so vigilant about threats that sometimes you over-perceive threats when they’re not there.” But by watching a horror movie, that anxiety shifts from real-world worries (which sometimes we can’t even pinpoint; it’s just generalized anxiety) to what’s happening on screen.

“So they’re still having those same physical sensations and the same unease of anxiety, but now it has a cause.”

And it also has an ending.