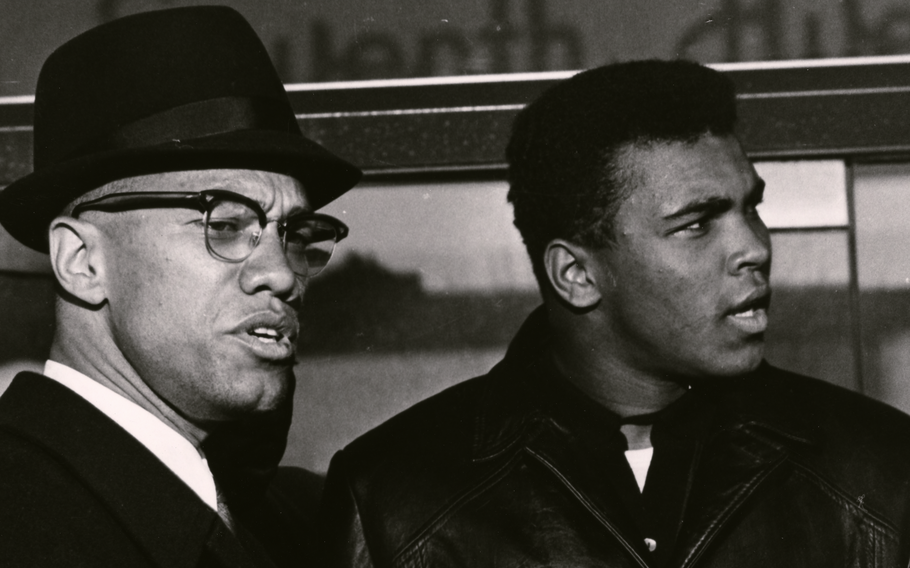 “Blood Brothers: Malcolm X & Muhammad Ali,” out Thursday on Netflix, explores the short but significant bond between the human rights activist and the heavyweight champion boxer in ways viewers haven’t seen before.

“There are so many books written about them, publications and documentaries, really going into each of these men’s lives separately, and while that’s been incredible for the telling of history, I think we’ve missed the significance of this relationship and the importance of this relationship,” director Marcus A. Clarke told the Daily News.

“Through the process of making this film, it was a lot of discovery and really trying to get to the core of the relationship and bring it to the screen.”

The film focuses on the three-year stretch in the 1960s that Ali and Malcolm X became close, and the issues that led to them drifting apart.

At the time of their meeting, Ali — then known as Cassius Clay — was already a world-famous boxer, while Malcolm X was a highly influential figure in the civil rights movement.

Malcolm X became a mentor to the boxer, who changed his name after joining the Nation of Islam.

“Malcolm X and Muhammad Ali, for so many of us, are (an) inspiration, they’re motivation, and really what that comes from is their ability to speak out freely against what they’re seeing around them,” Clarke said. “Against oppression, against segregation, which of course was rampant in the ‘60s. So understanding the time period which kind of made these men, what they grew up in and what they were seeing, is really important.”

The documentary arrives eight months after the movie “One Night in Miami,” which includes a fictionalized depiction of Ali and Malcolm X’s friendship.

Clarke believes the duo’s story continues to connect with people after the protests against racial injustice that swept the United States and beyond following the 2020 death of George Floyd, an unarmed Black man, while in police custody.

“What we’ve seen ... with the George Floyd protests and the country kind of reaching its tipping point, I think a lot of people in the younger generation and even in my generation were looking back into the past for guidance, and for advice, and for words of wisdom for how to handle the atrocities that we’re seeing all around us,” Clarke said.

Inspired by the 2016 “Blood Brothers” book by Johnny Smith and Randy Roberts, the new documentary features interviews with family members of Ali and Malcolm X, as well as archival clips of the pair.

Clarke says the film dives into big questions about both historical figures.

“Why did Malcolm X like ... Muhammad Ali? What did Muhammad Ali see in Malcolm X?” Clarke said. “I think these are the important questions that the film gets to, and through some of the archival material, (viewers will) really be able to see the nature of their relationship, their friendship, and kind of the joy and the happiness that’s in those archival images of them together.”