'CODA': A landmark crowd-pleaser for a year light on crowds 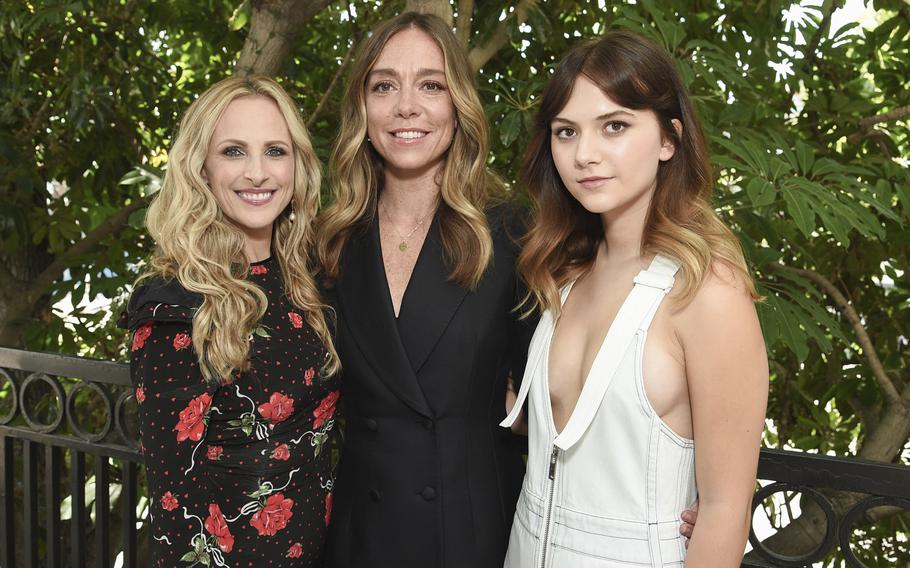 “CODA,” a tender and stirring coming-of-age tale about the only hearing member in a deaf family, might be the crowd-pleaser of the year, but it was only a few weeks ago that director Siân Heder saw it with an audience.

For months after its lauded premiere at a virtual Sundance Film Festival in January (where the movie fetched a Sundance record $25 million acquisition price and won the top prize ), Heder had heard from people who had watched “CODA” at home on a link about how the film moved them, how it made them cry, how important it is. But when she screened it in Gloucester, Massachusetts, where the film is set, she could finally hear something else: How big the laughs it gets are.

“You don’t really know that those work unless you’re sitting in a room full of people,” says Heder.

“CODA,” which arrives Friday in theaters and on Apple TV+, is poised to be something that’s been hard to find in a year light on crowds: a bona fide, heart-bursting, tell-everyone-about-it crowd-pleaser.

Starring a trio of sensational actors who are deaf -- Marlee Matlin, Troy Kotsur and Daniel Durant — “CODA” is also unlike most heart-on-its-sleeve movies before it. It’s a crowd-pleaser that expands just who’s in “the crowd,” enlarging a movie world that seldom depicts deaf lives dynamically or authentically. A landmark film in on-screen representation, “CODA” proves — with spirit and, yes, laughs — how much the movies have been missing.

“It takes more than one person to understand to make actors who are deaf cast in films. A lot of people just aren’t in the know. They don’t know that we can work just as easily as anyone else,” says Matlin with an interpreter. “I know — I don’t hope — that ‘CODA’ will change the landscape.”

Matlin, the only deaf actor to win an Oscar (for 1986’s “Children of a Lesser God”), knows something about watershed moments for the deaf community and Hollywood. And she’s convinced “CODA” marks something momentous. After years of reading scripts that — if they showed deaf people at all — only characterized them in simple, stereotypical ways, “CODA” immediately jumped out at her.

“I was overly excited, to the point that I called my team and said: Don’t let this script get away from us. I have to do it,” says Matlin.

In it, newcomer Emilia Jones plays the hearing daughter of a hardscrabble fishing family of two randy, funny, loving, deaf parents (Matlin, Kotsur) and her pugnacious, handsome, deaf brother Leo (Daniel Durant). Her just-developing dreams of singing seem at first like teenage rebellion. “If I was blind would you want to paint?” her mother asks.

“CODA,” which stands for “child of deaf adult(s),” is based on the 2014 French film “La Famille Bélier,” which used hearing actors to play the deaf parts. Heder, though, saw the potential to mine something more genuine from the story and to bring deaf actors to the forefront. She transferred the setting to the fishing town of Gloucester, Massachusetts, and made authenticity the abiding ethos. That meant shipping the cast out on fishing trips, but mostly it meant doing a lot of listening to the deaf community.

Heder worked with a master in American Sign Language while writing the script and spent months learning to sign. Matlin was the first person she cast.

“I came into it knowing what I didn’t know,” says Heder. “I was an outsider to this community. If I was going to be the person to tell this story, then I had to make sure that I was surrounding myself with people from this community and empowering their voices.”

“CODA” was first set up at Lionsgate but Heder is relieved it was ultimately made outside the studio system. For her, the thought of casting hearing leads -- a likely chance in a bigger production and once a possibility — was an empathic non-starter.

“I was like: This is how I’m making the movie. If it’s not with deaf actors then I don’t want to make the movie at all so you guys can sit on that script and that can go nowhere and that can be a year of my life writing a script that will sit on a shelf,” Heder says.

In the increased attention on inclusion in the film industry, equity for those with disabilities has sometimes been stuck in the margins — even though one in four people in the U.S. has some type of disability. That’s changed in part recently thanks to films like the Oscar-nominated Netflix documentary “Crip Camp: A Disability Revolution ” and the “A Quiet Place” films, starring Millicent Simmonds. But for a longtime, tireless advocate for the deaf community like Matlin, it’s past time for others to help the cause.

“The responsibility to speak on behalf of the deaf community is not mine, really,” says Matlin. “We all have a responsibility. Yes, my name is very well known. And, yes, I’ll accept that. But I can’t do the work alone. So maybe my voice is just one of many that can make a change, that can make noise, that can create the recognition that we all need. But again, not alone. I can’t do it alone any longer.”

“CODA” is hoping to be a part of that change not just in how it was made, but in how it’s being released. All screenings in the U.S. and U.K. will be presented in open captions. On Apple TV+, subtitles and subtitles for the deaf will available in more than 36 languages.

“I’m telling people: Turn the sound off when you watch those promotional materials. Think about what it’s like to be in the deaf community watching that trailer,” says Heder, who will next direct a biopic on disability rights activist (and “Crip Camp” star) Judith Heumann.

“I feel like my life has been enriched through my exposure to this community,” Heder adds. “I sign with my kids all the time now. It’s become our secret family language when I want to tell my daughter something across the room.”

Few had a steeper learning curve than Jones, who had to get familiar enough with sign language that she looked like she’s done it all her life — all while learning a very foreign culture to the young British actor.

“It was the most rewarding thing I’ve ever done,” Jones says. “I had to be a fisher girl and I’ve never stepped on a fishing boat. Siân sent us all out on that boat with fisherman for hours. And same with signing. I wasn’t allowed to use an interpreter, which I’m so grateful for because it made me learn faster. All of our interpreters on set were CODAs so it meant I could talk to them in depth.”

Hearing or not, the Rossis of “CODA” are one of the more believable families lately seen on screen. The connection between the actors seems uncommonly lived-in.

“That’s something that as a director is very hard to create — like actual love on screen,” says Heder. “Those four people bonded in a way that I never could have expected and I think that’s what people are feeling.”

Only recently, though, while promoting the film, did the cast and Heder get to reunite, having not seen each other in person through the pandemic. Outside a Los Angeles hotel, they stayed up drinking margaritas by the pool.

“It felt like the Rossis were back together again,” says Matlin. “Movies aren’t really real. But this really felt real to me.”