'Jungle Cruise' invites you to turn off your mind, relax and float downstream 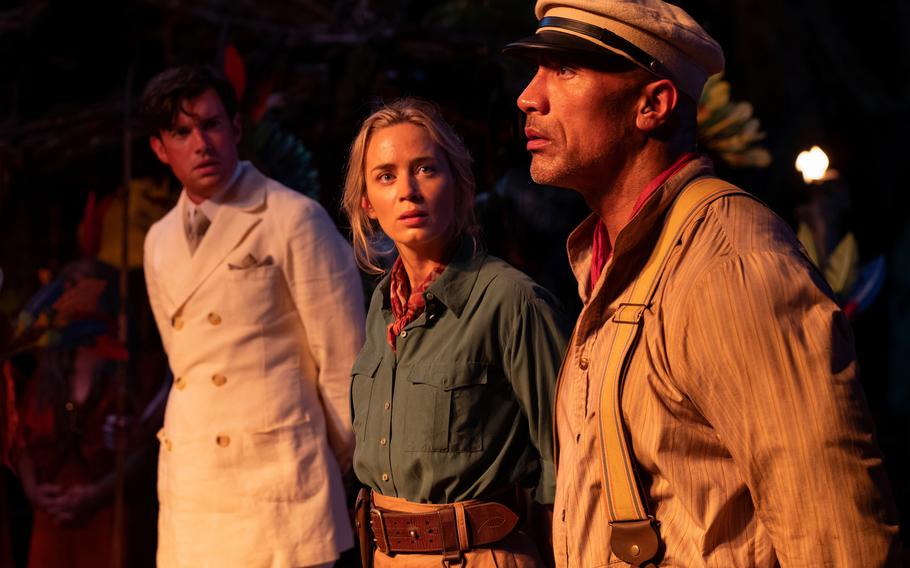 Jungle Cruise - the theme park ride, not the new Disney movie it has inspired - is notable for the groan-worthy humor of its “skippers,” the tour guides who provide Borscht-Belt-style entertainment for passengers on the minutes-long trip down a lazy (fake) river lined with animatronic animals. The shtick is bad, and leans on wordplay and dad jokes that often have nothing to do with the tropical rainforest setting, along the lines of: “I used to work in an orange juice factory, but I got canned. My boss said I couldn’t concentrate.” (Pause for laughter.)

That esprit of the unapologetically cheeseball, the ersatz and the at-times downright inexplicable - however lovable some fans of Disney’s theme parks might call those qualities - permeates and weighs down the new movie. That movie stars Dwayne Johnson as an effervescent Amazon riverboat skipper named Frank, who utters some version of that same, field-tested orange-juice bit during the film’s early moments. He is no more convincing in the role than a guy in a Mickey Mouse costume waving to you from behind the touch-point entrance stanchions of Typhoon Lagoon.

The plot of “Jungle Cruise”is generally more straightforward than the river itself: Frank gets hired by a British plant scientist named Lily (Emily Blunt), who, along with her reluctant brother MacGregor (Jack Whitehall), is searching the Brazilian jungle for a legendary tree. Its petals, known as Tears of the Moon, are said to possess miraculous healing powers - and, for no extra charge, the ability to break curses. 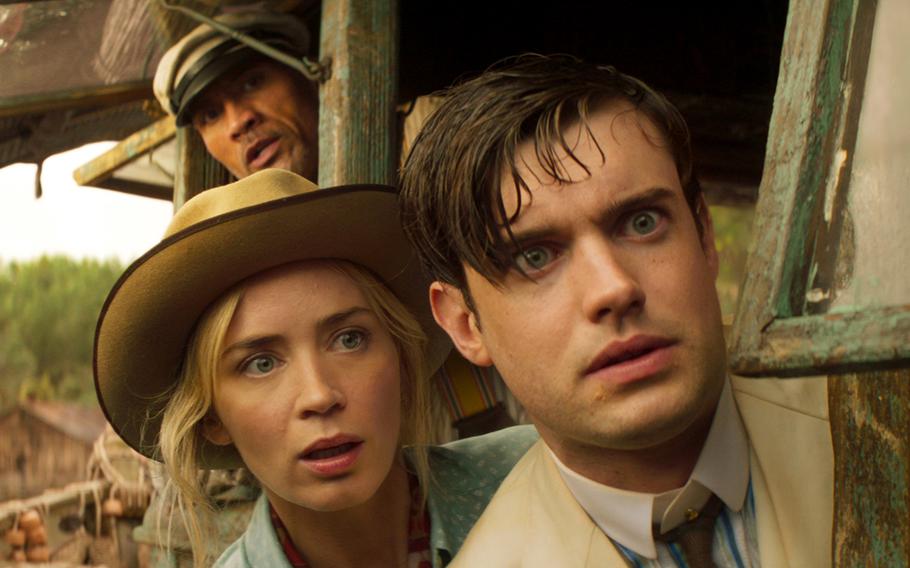 Did someone say curses? Hold that thought.

Yes, along with the lush (CGI-enhanced) natural scenery, and the historical backdrop of World War I - which somehow allows for a German villain (Jesse Plemons, with an overripe accent and a U-boat armed with torpedoes) to wander around the world unimpeded in search of the same tree - there is also an element of the supernatural. Edgar Ramírez plays an undead, moth-eaten conquistador, and there are mechanical stone apparatuses reminiscent of an Indiana Jones movie. For all its disparate influences and cinematic borrowings, a better title for this movie might have been “Jungle Pirates of the Lost Ark.”

Still, over a running time of more than two hours, packed more tightly than the Rock’s bulging shirt with slapstick violence and implausible peril, Johnson manages to carry the film to a (more or less) satisfying conclusion - assuming you’re a small child in need of constant distraction. For older teens, adults or anyone with higher storytelling standards, there’s a romantic subplot involving Lily and Frank, and a sprinkling of naughty double-entendres.

Other amazing sights you’ll see on this “Cruise”: Frank wrassling with a leopard; river dolphins; a bad guy who can converse with snakes and bees; dangerous rapids; people eating piranhas, and not the other way around; and a scene in which Frank emerges from the river, soaking wet, only to put on a dry shirt for some reason - over his already waterlogged one.

You’ll also meet the character of Trader Sam (Veronica Falcón), the Indigenous shrunken-head dealer who, although removed by Disney from its Jungle Cruise rides earlier this year because of racial insensitivity, is back, albeit in a more woke version. She refers, sarcastically, to dropping the “ooga-booga” stuff. Again, good for Disney.

This is an untaxing, big-budget summer popcorn movie for the whole family. Like the ride itself, it requires no more mental engagement than you would devote to any theme park visit (excluding the thrill rides, which actually raise a pulse.) At many points, you might find yourself asking, like MacGregor, “Are we there yet?”