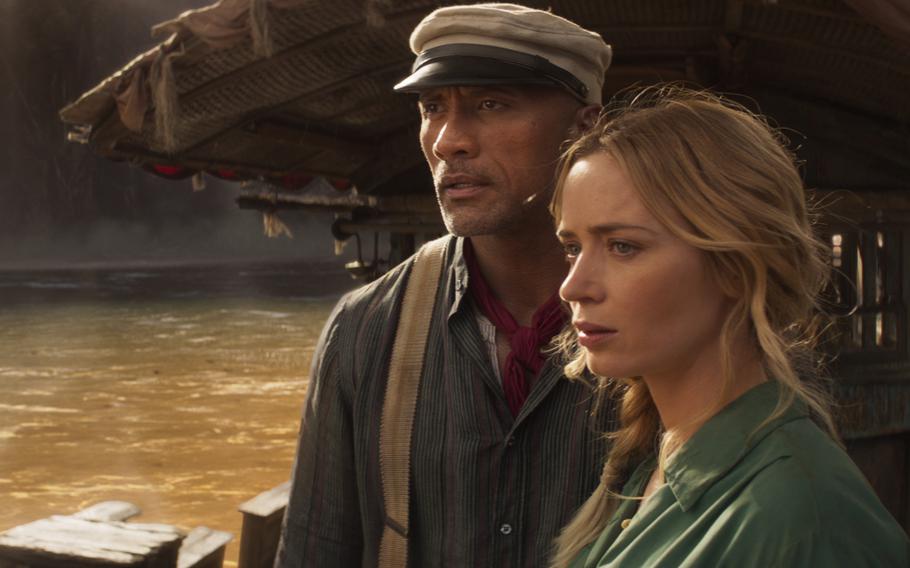 Dwayne “The Rock” Johnson and Emily Blunt followed very different paths to get to “Jungle Cruise.”

Johnson didn’t hesitate when he was first approached about making a fantasy-adventure movie based on the longtime boat ride at Disney’s theme parks.

“The script was in a really good place, and I immediately just saw the potential of the opportunity,” Johnson, 49, said during a press conference Monday.

“That opportunity was to take a beloved and iconic Disney ride since 1955, when the park opened — this was Walt Disney’s baby. There were a lot of elements that I felt comfortable with saying yes, I will come on board, I’ll partner with you guys.”

Once Johnson joined, he recorded a video for Blunt in hopes of recruiting her as his co-star, saying, “Emily, you are the only one who can do this movie.” She didn’t exactly jump at the chance, he joked.

“I just needed to back it up a little bit, and I needed to read the script,” Blunt, 38, deadpanned.

Ultimately, the duo teamed up for the twist-filled flick, which cruised into theaters and on Disney+ Premier Access Friday. 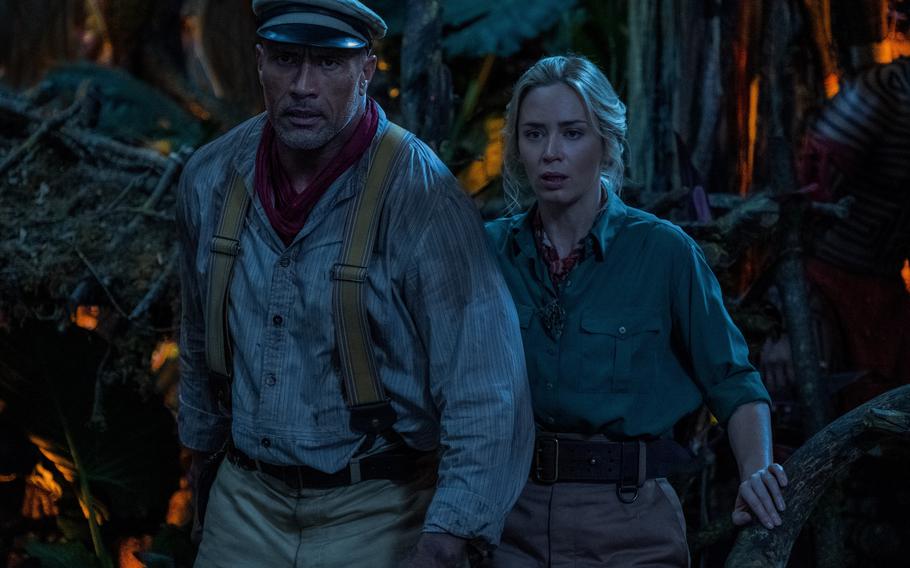 Blunt plays Lily Houghton, a botanist driven to find a mythical entity with extraordinary healing powers that’s rumored to exist deep in the jungle. Johnson portrays the pun-loving Frank, a skilled steamboat skipper who agrees to guide Lily and her brother McGregor, played by Jack Whitehall, on their quest.

Set a century ago, “Jungle Cruise” sees the characters encounter daunting dangers and supernatural scares as they venture into the jungle — while grappling with a ruthless prince, portrayed by Jesse Plemons, who’s after the same prize.

The goal was to create a movie that captured the magic of classic adventure films like “Indiana Jones” and “Romancing the Stone,” Blunt said.

“Tonally, we just needed to strike a chord that was really well-crafted and that we curated with so much love and was made in the spirit of the films that we all grew up watching,” Blunt said.

The movie is directed by Spanish American filmmaker Jaume Collet-Serra, whom Blunt praised for his ability to balance the story’s action and heart.

“He goes, ‘You know, it’s about love,’“ Blunt said. “It was so perfect, because you could’ve talked about all the action and the spectacle and the myths and the legends and all that, but that’s when I knew, in Jaume, we had an innate romantic and a world-builder, and that’s what you need for this type of movie.” Other cast members in “Jungle Cruise” include Edgar Ramirez and Paul Giamatti.

She and Johnson both raved about the “Jungle Cruise” cast’s chemistry, with Johnson adding the film is “so much more than what I expected.”

“There’s so much to do in the Disney parks, then you get on this ride and it’s almost like you can exhale and really just enjoy ...the simplicity of the ride,” Johnson said.

“But our movie is anything but simple with all the elements that we had. I think we delivered,” he said.