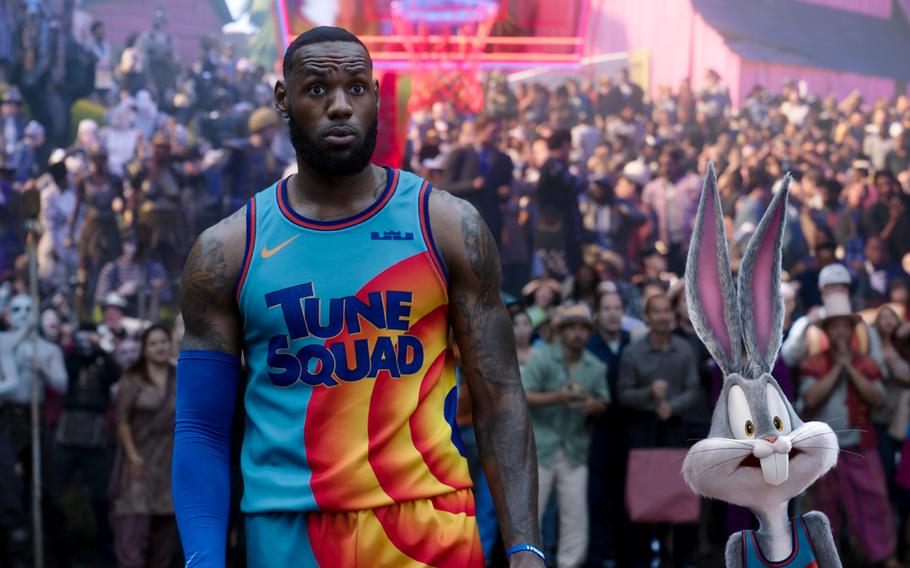 Held together by the most tenuous of narrative threads, “Space Jam: A New Legacy” offers a relatively amusing story that rises above mediocrity often enough to keep adult audiences engaged, and kids from squirming. There’s no real reason for this sequel/tribute to the original 1996 film to exist, but now that it does, there’s no reason to wish that it didn’t. While “You could do worse” probably wouldn’t pass muster with the movie’s marketing people as a tagline, it’s probably the most accurate assessment of the film.

We start off in Akron, Ohio, where a 13-year-old LeBron James (Stephen Kankole) misses a potentially game-winning buzzer-beater. His coach faults James for playing video games before the game, so the boy resolves to focus better, and ditches the Game Boy. A fast-forward recapitulation of his academic and professional sports career follows, for anyone who doesn’t already know who LeBron James is. (The basics: He is very good at basketball.) The story picks up in the present: James now has a family — fictionalized here — and finds himself at odds with his son Dom (Cedric Joe), a teenager with a talent for coding who would rather build a basketball video game than work on real-life layups.

James and Dom take a meeting at Warner Bros., where a shiny-suited algorithm named Al-G Rhythm (Don Cheadle) has come up with the idea to digitize James’s likeness and insert it into a variety of Warner Bros. properties. (The movie was produced by Warner Bros. You have heard of Warner Bros., right?) When James rejects the idea, Rhythm kidnaps Dom, spiting him away into a virtual “Serververse.”

To rescue his son, James also must enter the Serververse and recruit a team of Warner Bros. characters to defeat Rhythm and his squad of “upgraded” professional players (NBA and WNBA athletes who have been creepily endowed with digital power-ups) in a cartoonishly chaotic basketball game. Unable to get Superman, King Kong, the Iron Giant - or any other heavy hitters, James ends up with the same team of old-school toons that appeared in the first film: Porky Pig, Road Runner, Bugs Bunny and other Saturday morning favorites. The game takes place in front of a screaming audience of other Warner Bros. characters. (Warner Bros. owns a lot of characters.) 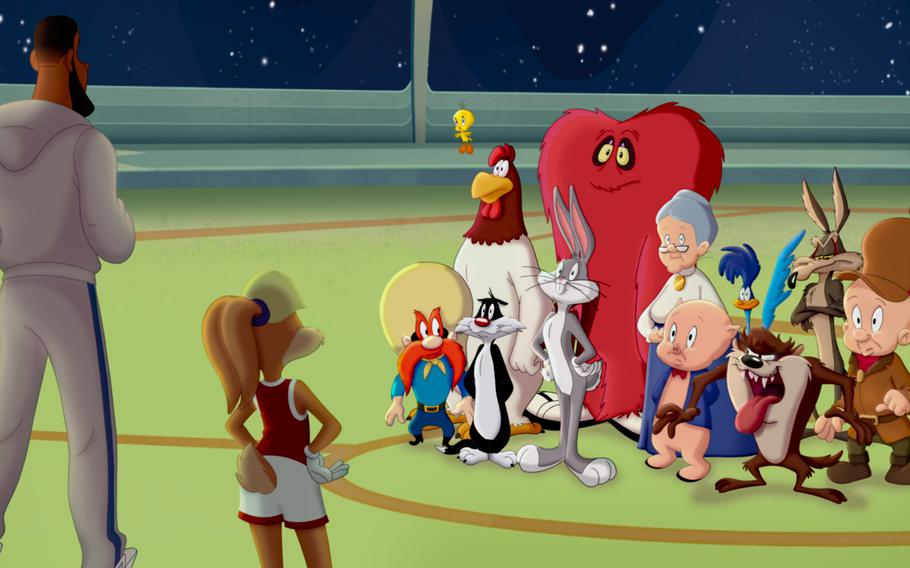 It’s best not to question the story’s shaky premise too much, lest it all collapse. The film can’t even make up its mind about whether the first “Space Jam,” which starred Michael Jordan and developed a cult following, existed. (Bugs alludes to it, but no one else in the film seems to notice that this plot looks awfully familiar.) As for James, he doesn’t live up to his performance in 2015’s “Trainwreck,” in which he played a hilariously deadpan version of himself. And his performance particularly suffers after his character turns into an animated version of the athlete. Voice-over work is a very specific skill, and James doesn’t quite have it. Cheadle seems to be having a good enough time, though. Good for him.

Director Malcolm D. Lee (“Girls Trip”) gets to play with animation styles, with varying success. A stylish, comic book-inspired segment featuring Lola Bunny and Wonder Woman (yes, both Warner Bros. characters) is the best. The climactic scene - in which frenetic style tips into confusion a few too many times — is just a jumble.

The inclusion of so much corporate intellectual property could have provided the studio with an opportunity for some sly commentary on the state of modern media behemoths. How often do you see Batman, the Night King from “Game of Thrones,” Trinity from “The Matrix,” a couple of flying monkeys from “The Wizard of Oz,” the Flintstones and Baby Jane all in one film? Instead of leaning into that though, the writers (there are six) are content to imitate 2018’s “Ready Player One” (also coincidentally produced by Warner Bros.) and just throw them onto the screen in a game of “Can you Spot the Pop Culture Icon?” After a while, it’s not an embarrassment of riches. It’s just kind of embarrassing.

Still, “Space Jam: A New Legacy” has just enough momentum, heart and spirit, even as it does both way too much and not quite enough. Fans of the first movie will like it. Fans of King James will like it. The Warner Bros. promotional department probably already loves it. If this is corporate synergy fired up to a terrifying new level, there’s still enough heart at the movie’s center to keep it from becoming all business.