‘Sometimes When We Touch’ documentary puts spotlight on soft rock 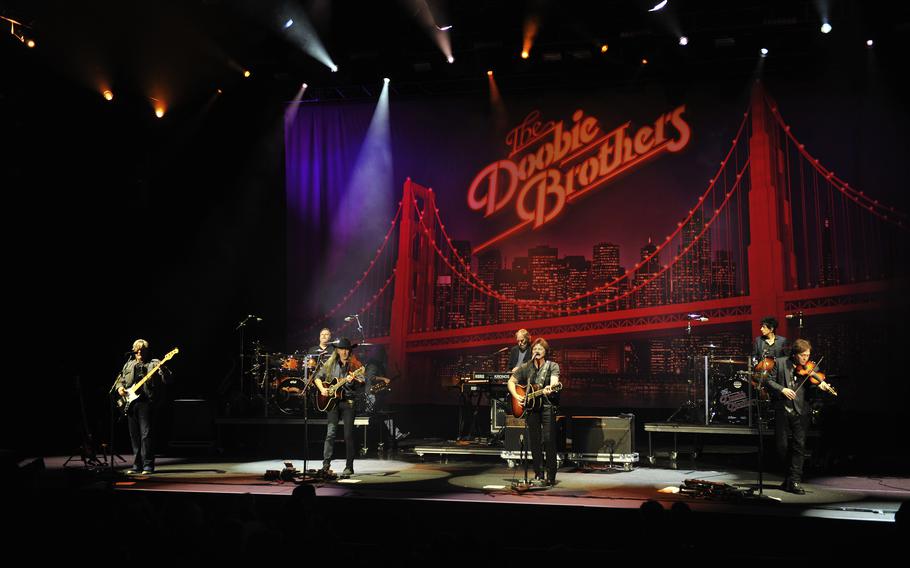 The Doobie Brothers were on the forefront of the soft rock sound in the late 1970s, as typified by the 1979 hit “What a Fool Believes.” (Kelly A. Swift)

Soft rock is a subgenre that by its very name is easy to make fun of. It’s goopy. It’s sappy. It’s full of pianos and emotional longing.

Now it’s gotten the documentary treatment on Paramount+. The three-part series is named after the 1977 Dan Hill ballad “Sometimes When We Touch” and includes the subtitle “The reign, the ruin and the resurrection of soft rock.”

The fast-paced, well-crafted documentary covers the genre’s big names like the Carpenters, Christopher Cross, Air Supply and Michael McDonald but also gives some lesser-known acts room to breathe such as Pablo Cruise, Ambrosia, Rupert Holmes and, of course, Dan Hill himself. It chronicles the rise of soft rock in the 1970s into the early 1980s, the mockery and collapse of the genre during the MTV era and the comeback of the sound in recent years.

“Michael McDonald was winning Grammys and selling out arenas, then five years later, he couldn’t get booked in coffee shops,” said Van Toffler, CEO of the documentary’s production company Gunpowder & Sky, which is a partner with MTV Entertainment Studios on the series. Toffler was (ironically) a former MTV president. “Now the Doobie Brothers are back to selling out arenas again. You couldn’t have created a better movie arc than this.”

The series provides historical context to the soft-rock revolution, noting that after the tumultuous 1960s, “America was in need of relief and soft rock was there like a sonic colonic,” the documentary’s narrator Pete Sepenuk said early in the first episode.

The first episode breaks down how the keyboard dominates the soft rock sound vs. the guitar for harder rock. The sound is even described as “The Doobie bounce,” which has an R&B inflection, exemplified by the 1979 song “What a Fool Believes.”

“It was interesting to me hearing from studio experts and musicians how much technology instigated and fueled this movement,” Toffler said.

The mini-profiles of key acts provide no shortage of intriguing tidbits. Toni Tennille of Captain & Tennille (“Love Will Keep Us Together”) spent years in a loveless marriage with the emotionally distant “Captain” Daryl Dragon.

“I couldn’t make him fall in love with me,” she said in the documentary. “I hoped he would.”

Dan Hill was just 19 when he wrote “Sometimes When We Touch” to try to woo an older woman. Her response when he played it to her? “You’re way too intense.” And she moved in with a football player, he said.

Ray Parker Jr., long before he became a famous solo artist, toured with Stevie Wonder before writing a treacly hit “You Make Me Feel Like Dancing” for Leo Sayer (but received no writing credit).

There are random stats. The Carpenters outsold Jimi Hendrix, CCR, the Sex Pistols and Lynyrd Skynyrd combined in record sales. And Firefall’s debut album in 1976 went gold faster than any album in the history of Atlantic Records, beating Aretha Franklin, Ray Charles and Led Zeppelin.

The series also features musicians in other genres expressing their love for soft rock, including Stewart Copeland of The Police, Daryl “DMC” McDaniels of Run DMC, Nancy Wilson of Heart, Susanna Hoffs of The Bangles and Sheryl Crow.

And there are a few Atlanta faces across the three episodes including the city’s own Yacht Rock Revue, Air Supply’s Russell Hitchcock — who lives in Marietta — and Big Boi of OutKast talking about hip-hop sampling of soft-rock songs.

The second episode focuses on how uncool soft rock became when MTV arrived. “It became survival of the photogenic,” said the decidedly unphotogenic Holmes of “Escape (The Piña Colada Song)” fame.

The third episode is all about how the genre is now beloved in many circles, how popular yacht rock has become and how current artists such as Dua Lipa, Harry Styles and The Weeknd funnel soft rock in their current music.

The comeback in the 1990s and 2000s came in part due to rap acts. Toffler said the likes of Drake and Warren G grew up with parents playing soft-rock songs, so sampling those tunes was natural.

“This music wasn’t maligned,” he said. “They were just great melodic songs by the best musicians of that time. Daryl DMC loves Sarah McLachlan.”

The documentary wasn’t able to get every big soft-rock act available to talk to them. They missed relatively press-shy McDonald and prickly Daryl Hall of Hall & Oates. But they did get Kenny Loggins, Verdine White of Earth, Wind & Fire and Robert “Kool” Bell of Kool & the Gang.

“My biggest regret is we didn’t get Richard Carpenter,” Toffler said. “He had just written a book. He was done talking about it. The Carpenters were such a rich part of that genre. That to me was a missed opportunity.”

Toffler credits director Lauren Lazin for enabling the series to flow so well. Lazin did dozens of MTV “rockumentaries” for him.

“We have a 20-to-30-year history of doing things with each other,” he said. “That made it really comfortable and easy.”

The bottom line, he said, is the best of soft-rock music still holds up.

“I’m just amazed how good these songs are and how good the playing is,” Toffler said. “It has a lasting impact. I hope people not just enjoy the music they hear in this documentary but all the good stories around the music.”