For this ‘Black Panther 2’ star, representation is resistance 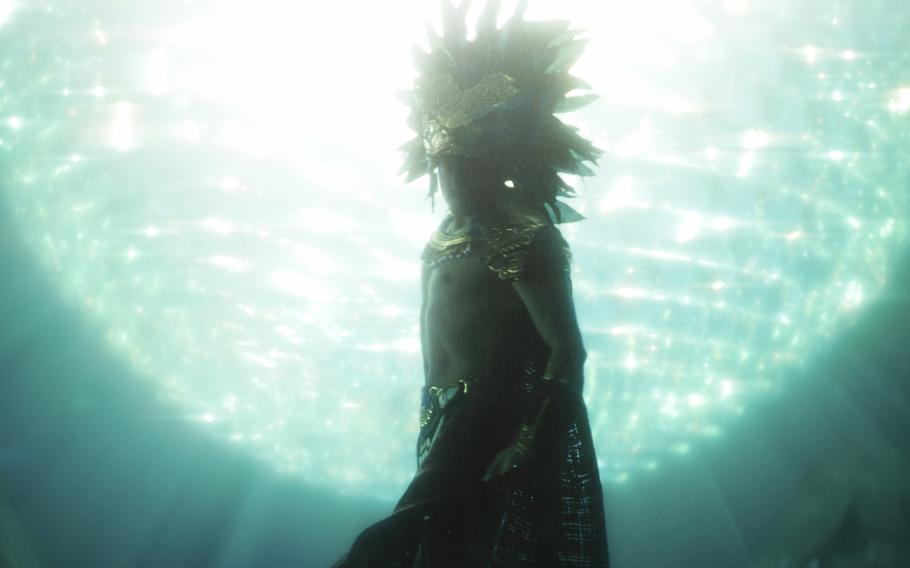 Hanging above his colleagues on wires in his Namor regalia — pointy ears, piercings, the shortest of short green shorts — the Mexican actor addressed everyone present to express his thanks and to convey his excitement about what the role and opportunity meant to him.

“This is the first superhero with an Indigenous background, a Mesoamerican background,” says Huerta, who makes his Marvel Cinematic Universe debut as Namor, the king of Talokan, in the “Black Panther“ sequel. “It’s a brown-skinned guy. This ancient culture is in his roots. And he speaks like me. We are making history. I told them, ‘Let’s do something to be proud of.’“

If Huerta’s unwavering enthusiasm for Namor and “ Wakanda Forever “ is any indication, the “Black Panther” team did just that.

“It was crazy heartfelt,” says “Wakanda Forever” director Ryan Coogler of Huerta’s speech, which commanded attention from everybody working on the scene. “He was saying that he wasn’t going to take the opportunity lightly, playing the first Indigenous, Latin American hero in the MCU. It was crazy, but he is simultaneously the guy who does that, [and] also the guy who walks around in green underwear joking around.”

Huerta’s playful, down-to-earth charm and gentle spirit are a sharp contrast to the simmering intensity he brings to the role of Namor, the ruler and superpowered protector of an underwater kingdom descended from an ancient Mayan civilization. What they share, however, is a fierce passion for their culture and the people in their community.

With his enhanced strength, speed and ability to fly, Namor is the definition of a superhuman. But what drives him, as shown in “Wakanda Forever,” is incredibly human.

“He’s a guy who’s trying to protect his family,” Huerta says. “He’s protecting his culture. He’s protecting his city and the things that he loves the most: his memory, his legacy and his heritage. I think everybody, all around the world, can understand his motivations.”

One of Marvel’s oldest characters, Namor, also known as the Sub-Mariner, made his comic book debut in 1939 in “Marvel Comics” No. 1. A half-human, half-Atlantean mutant, Namor’s commitment to protecting his people has meant that he has fought with and against superhero teams like the Avengers, X-Men and the Fantastic Four over the years.

Coogler, who also wrote the “Wakanda Forever” screenplay with Joe Robert Cole, describes comic book Namor as “kind of an a—” who is “very magnetic.” His frequent clashes with T’Challa on the page made Namor a character Coogler was interested in introducing on screen from the time he was developing the first “Black Panther” film, but rights issues then kept the character off limits. With Namor’s film rights no longer an issue for the sequel, the filmmakers were finally able to focus on developing a version of Namor that made sense for the world of “Black Panther” for the character’s live-action debut.

Since the “key ingredients” of a “Black Panther” film include “a deep sense of cultural specificity,” including engagement with topics like colonization and resistance, the filmmakers looked beyond conventional representation of classical Atlantis as inspiration for the MCU’s version of the submarine society.

The similarities and differences between the histories of Africa and the Americas drew their attention to Mesoamerica. Like Wakanda, Talokan is a fictional place that draws on a number of specific cultural influences in order to feel authentic and real. It’s a place that, Coogler hopes, will “give audiences a reason to feel the same type of feelings that they felt when they watched the first film.”

“Wakanda Forever” is also a movie about grief and how the leaders of two different nations that share similar wounds respond to their pain. It’s a particularly resonant theme, not least because of “Black Panther” star Chadwick Boseman’s unexpected death in 2020. 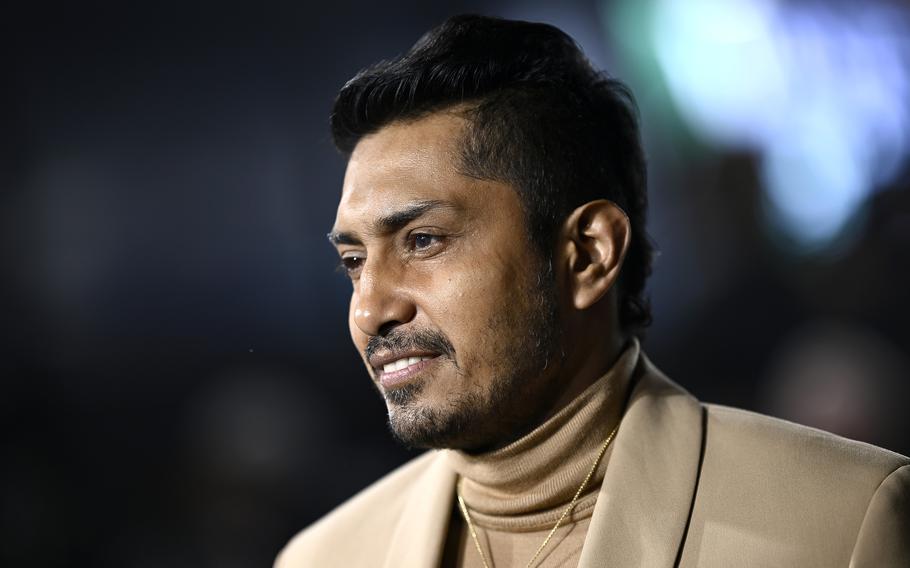 For Coogler, Huerta’s “passion about race relations in Mexico” was “the icing on the cake” in his casting. The filmmaker had already been impressed by Huerta’s work on films such as Cary Joji Fukunaga’s “Sin Nombre” (2009) and Sam Fleischner’s “Stand Clear of the Closing Doors” (2013) before the actor was brought before the “Black Panther” team as a candidate for the role of Namor.

“The depth this dude has and his passion when he speaks about his Indigenous, Mesoamerican identity, I thought it was just brilliant,” Coogler says. “I thought he would fit in with my cast because I got a cast that’s filled with actors that are passionate about human issues and causes. He feels like he’s one of us.”

English-speaking U.S. audiences might recognize Huerta from his recent work in films such as “ The Forever Purge “ (2021) and “Madres” (2021) or the series “Narcos: Mexico.” But the 41-year-old actor has been building out his resumé since taking on his first professional gig at 25. He has also long been outspoken about the racism and colorism in Mexico and has even written a book, “Orgullo Prieto” — “Brown Pride” — on the subject.

“In Latin America we have a serious problem of racism,” Huerta says. “It’s a different dynamic [than in the U.S.] because here, the people are segregated, and in Mexico and Latin America, it’s integrated by force.”

“They erase everything,” Huerta says. “You need to adapt to Western culture to be able to reach goods and services. You need to erase your identity to have a life. That’s cruel.”

It’s a vein of racism that manifests in history books that describe Indigenous people as savage and uncivilized while turning a blind eye to inhumane acts perpetrated by white Europeans. And one to which Angelenos have become more attuned after leaked audio of three Los Angeles City Council members and a county labor official, all Latinos, making racist remarks made national headlines in October.

“Brown-skinned people, Black people, [the representation] is not there,” Huerta say “We are invisible to them. If you’re invisible, you don’t exist. There is nothing more cruel than denying the existence of the people. They [have been] denying us for a long time.”

One of Huerta’s hopes is that the Mesoamerican representation in “Wakanda Forever” can foster understanding around Indigenous communities that are still here.

“I hope this movie helps [people] respect the Indigenous population that exists now,” Huerta says. “They are resisting and they are defending their territories and they are fighting for their autonomy and the right to exist in the way they were existing for the last 1,000 or 2,000 years.”

This trend of underrepresentation is not unique to Latin American media. Study after study has shown that Latino representation in Hollywood has remained abysmal for years. This persistent lack of representation is one of the reasons why acting was not a career Huerta originally intended to pursue.

Huerta grew up in Ecatepec, a Mexico City neighborhood he describes as “not poverty, but not exactly middle class.” He studied journalism in college, which he says cost him a whole dollar, because in Mexico “education is a right, not a privilege.” It was only after seeing an audience’s explosive, enthusiastic response to one of his films, during his second trip to the Cannes Film Festival, that Huerta accepted he is an actor, after years of working professionally.

“I wanted to be a Jedi,” Huerta says, also naming Spider-Man and a certain caped crusader from that other comic book publisher as some of the fictional heroes he was drawn to growing up.

But “my father and my mother are my main personal heroes,” Huerta says. His father began work at age 5, and later juggled his job, his children and his studies toward an engineering degree; Huerta credits his mother for “taking care of all of us” and pushing him and his siblings to pursue their careers.

“Wakanda Forever” is Huerta’s most high-profile project to date, but what is most meaningful to Huerta is how “Wakanda Forever” carries on “Black Panther’s” legacy. He hopes that through Namor and Talokan, more people can share the experience audiences had after seeing the first Wakanda-set film.

“‘Black Panther’ moved a lot of people, a lot of hearts,” Huerta says “It helped people to be proud of who they are. … I hope ‘Wakanda Forever’ can help the people, especially in Latin America, the brown-skinned people, to look at themselves in the mirror and say, ‘This is who I am and I’m proud.’“