How Christian Bale became one of the great superhero movie villains 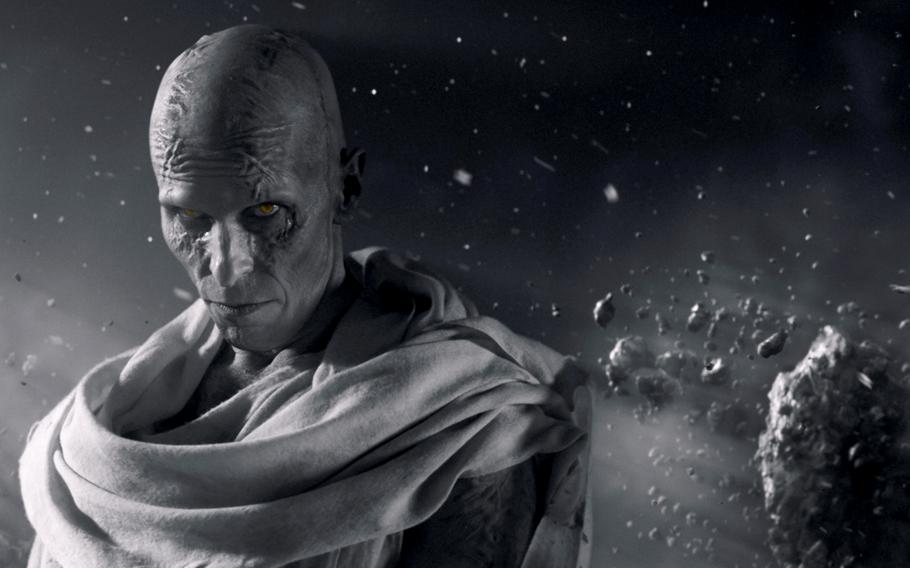 Christian Bale is a terrifying but perhaps understandable villain in “Thor: Love and Thunder.” (Marvel Studios)

Christian Bale has already been one of the most memorable Hollywood superheroes. Now, after a decade away from answering his last bat-signal, he's trying to be just as good a supervillain.

And from the early reactions he seems to have succeeded with his new Marvel Studios movie "Thor: Love and Thunder," opposite Chris Hemsworth, now in theaters.

"It is a great joy to play villainous characters," Bale said. "I consider that I had the far easier job in this film playing the villain than Chris had playing the hero. Villains already have everybody's attention from the get-go. Heroes, you've really got to earn it."

Bale has played villains before — in "American Psycho" and perhaps "Vice," depending on your opinion of Dick Cheney. But his casting as Gorr the God Butcher initially sent a buzz throughout the comic book-loving cosmos. "People keep saying to me 'surprising to see you here.' I'm not surprised in the slightest," he said.

The titular stars generally dominate the conversation in the Marvel Cinematic Universe, but there are a few villains who have stolen the show: Josh Brolin as Thanos in multiple "Avengers" movies, Michael B. Jordan as Erik Killmonger in "Black Panther" and Tom Hiddleston's many turns as Thor's seldom trustworthy brother Loki.

Now many reviews have praised Bale as one of the best parts of the new Thor movie, and one even wondered if he's the MCU's best shot at Oscar glory.

Bale finds himself a crucial part of the same MCU that claimed the superhero movie throne that was once his back when he was wearing a cape and cowl. In "Thor: Love and Thunder" he plays a man whose religious faith died with his child, with his pain fueled by that loss and the harrowing discovery that the gods he worshiped have little interest in helping him. That disdain puts him on a collision course with Hemsworth's Thor, a god by birth. 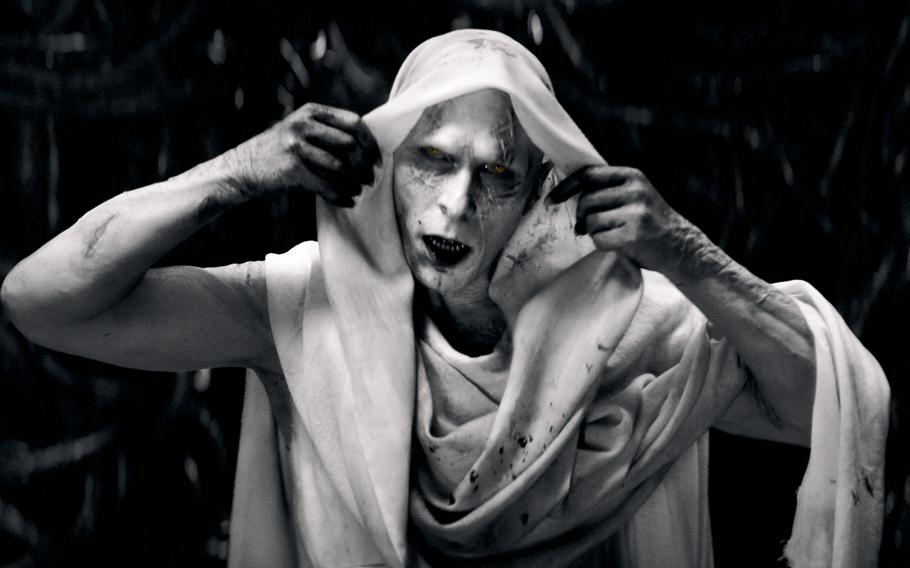 “Yes, he’s a monster, but there’s a slight confusion about it, because I don’t think it’s stretching it to say you can in some ways understand where he came from,” says Christian Bale about his Marvel villain, Gorr the God Butcher. (Marvel Studios)

"You have somebody whose name explains it all as Gorr the God Butcher," Bale said. "But as people will see when they witness the film, yes, he's a monster, but there's a slight confusion about it, because I don't think it's stretching it to say you can in some ways understand where he came from."

Bale starred as Batman — and an even better Bruce Wayne — in Christopher Nolan's "The Dark Knight" trilogy, before comic book-inspired movies became a mainstay. In 2005 his "Batman Begins" brought the franchise back to life after 1997's dismal "Batman and Robin."

He returned in 2008's "The Dark Knight" alongside an Academy Award-winning performance from the late Heath Ledger as the Joker. The film grossed over a billion dollars at the global box office, the same year the MCU released its first film, "Iron Man." That marked the last time Warner Bros. and DC Comics would win a summer slugfest with Marvel Studios. By the time Bale returned for "The Dark Knight Rises" in 2012, the Avengers had been assembled.

"I would [tell people] we're going to sort of do Batman, but take him seriously. I had tons of people laugh at me and just say, 'Well, that's just not going to work at all,'" Bale said. "So, it's wonderful to be a part of a trilogy that proved those people wrong. I'm not certain if it kick-started [the MCU], but it certainly helped along the way."

Soon after the success of 2017's "Thor: Ragnarok" came the idea to pit Gorr the God Butcher against Hemsworth's hero in his fourth solo film — a number not even Iron Man or Captain America has achieved. "Ragnarok" director Taika Waititi found the heart of his next storyline in the heralded and vast Thor comics run written by Jason Aaron.

Within those pages, Thor eventually loses his magic hammer, Mjolnir. The love of his life, Jane Foster (Natalie Portman in the movies), gets sick with cancer but secretly wields Mjolnir as the new, female Thor. And Gorr the God Butcher first appears in 2013 in "Thor: God of Thunder" No. 2 by Aaron and artist Esad Ribic, wielding a sword powerful enough to kill almighty beings. All those plotlines can be seen in "Thor: Love and Thunder."

Once Waititi settled on Gorr the God Butcher as his central villain, he told Marvel Studios president Kevin Feige and other producers there was only one man for the job: Bale. A lofty casting aspiration, but one made easier by two factors. Bale had been admiring Waititi's works such as "Ragnarok" and "Jojo Rabbit" from afar and already had interest in working with him, and his children were eager for him to be a part of the MCU.

When it came time to design the character, the more alien look from the comics was cast aside for what would essentially be a shaved head, very creepy teeth and a paint job. Waititi also told IGN there were concerns the comic version of Gorr looked too similar to Voldemort from the Harry Potter movies. All involved assumed the power of Bale's potential performance would outweigh any prosthetics aimed at pinpoint comic book accuracy.

Brad Winderbaum, a producer of "Thor: Love and Thunder," said he feels Bale's performance will resonate with the MCU fandom.

"I think he's definitely one of the best villains we ever had," Winderbaum said. "Obviously, Heath Ledger's performance in 'The Dark Knight' echoed throughout the entire genre and in many ways became the bar. ... I think that Christian invested in the character of Gorr in a similar way.

"When he was on set in that makeup, you felt like you were in the presence of somebody really frightening," he continued. "But there's also something else he brings to the character, which is that soul, which is so important to Gorr. He's despicable, but also, you do empathize with him and his motivations. Christian brought that humanity to the role."

Bale doesn't see his return to superhero cinema as finite.