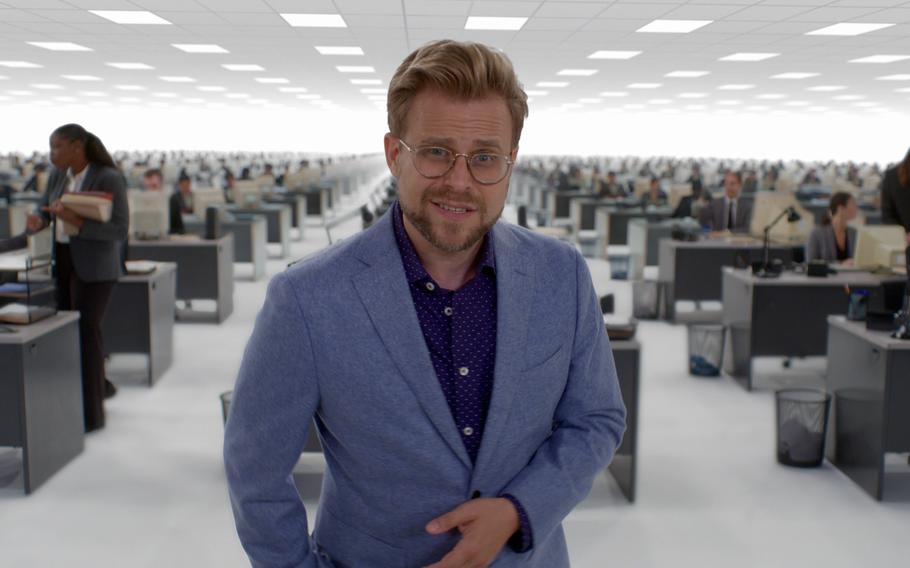 Adam Conover called his last show “Adam Ruins Everything,” because that’s what he did. He told us weddings are a scam, summer vacation makes us dumber and we have way too many cats.

So what happens when he turns his eye on the federal government?

Maybe not what you’d expect. As host of “The G Word,” his new show on Netflix, he travels the country meeting some of the federal workers who do “incredible” stuff, like inspecting food or hunting hurricanes.

“My belief is that I can use comedy to talk about almost any issue under the sun,” he says. “People are curious, they want to be informed, and you just have to make it a little bit interesting.”

Conover prides himself on his “investigative comedy,” and this time around, he made it work with a certain power couple named Barack and Michelle Obama, who served as executive producers. But he insists he had the freedom to say what he pleased.

“I asked him things I’ve wanted to ask him my entire life,” Conover says of the former president. “When he was elected in 2008, that was a big moment in my political awakening … but I didn’t see the change I expected to see.”

This interview has been edited and condensed.

CQ-Roll Call: The show is loosely based on “The Fifth Risk” by Michael Lewis, who wrote that when Donald Trump took office, he had no idea what the government does.

Conover: I got a call from my manager saying, “The Obamas’ production company has optioned this book.” My pitch was basically, “How about I investigate all the ways the government affects our lives, good and bad?”

And we make it really real and direct to people, because this is a time when people are losing faith in our institutions, getting more and more cynical.

You went and talked to workers on the ground level.

The government inspects every single piece of meat you eat, and we’re talking 100 billion pounds a year. And the question that came to my mind was, “What is it like to do that job?”

USDA employees work cheek by jowl, to use a meat term, with the factory workers on the line. And they have the ability to stop the line at any moment, with a big red button right by their conveyor belt.

This is not an expensive highly paid Washington consultant doing this. We shot at the Cargill beef processing facility in Schuyler, Nebraska. This is someone who lives in Schuyler, next to all the other people who work at the factory. 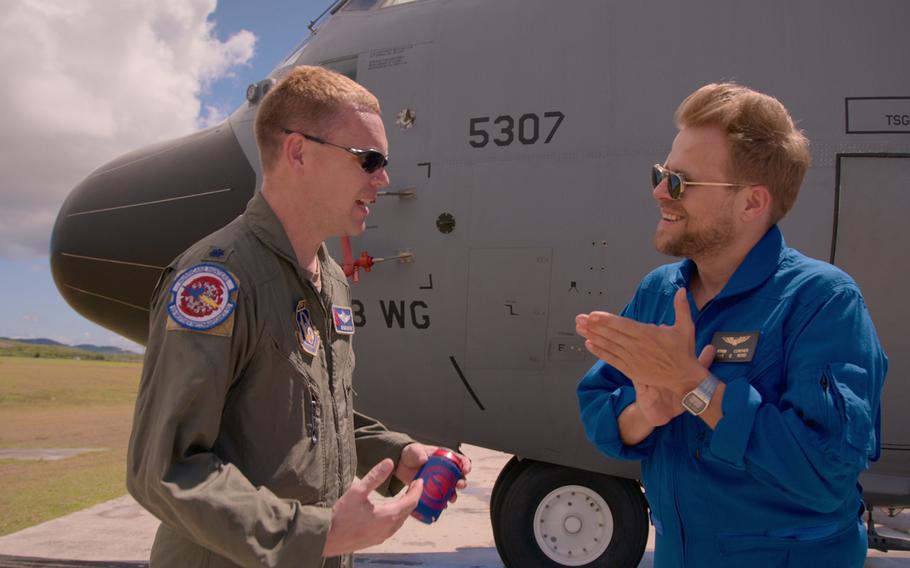 You flew into the eye of a hurricane. You looked happy, but how did you really feel?

Then you break through the eyewall and it’s one of the most beautiful things I’ve ever seen. The sun is shining, suddenly down from the sky, and you can see all the way down to the ocean, completely clear. But ahead of you is just this mile-high wall of clouds.

I turned to Mark Withee, the officer who joined me and explained everything, and I was like, “You see this every day.” And he was like, “Yeah, it never gets old.”

These are folks who live on the Gulf Coast, and they know they’re going to save lives. Sure, they’re also thrill junkies, and they all have the “Top Gun” attitude, but they could make more money flying private jets. They’re doing it because it needs to be done.

As nerve-racking as that was, was it also nerve-racking to talk to Lewis after the series came out? What did he think of your adaptation?

We did a story about how tech companies take all the credit for GPS, but it was actually invented by the U.S. government, and they still run it to this day. Apple Maps, Google Maps, Tinder, Uber — none of them would exist if not for those taxpayer dollars.

And Michael Lewis said, “That blew my mind.” And I was like, “Wow, that is a highlight of my career, to be able to blow the mind of a man who has blown my mind so many times.”

You went to the base where they still operate these satellites, and one of the operators was 20 years old.

It was crazy meeting him because when I was 20, I was a dumbass. Like, I couldn’t do anything. I was barely able to string a joke together, and I was trying to work my way into a theater that would let me do comedy for free, without even being paid. Adam Conover and former President Barack Obama have a conversation in “The G Word with Adam Conover,” now streaming on Netflix. (Netflix)

Near the end of the series, you eat peanut butter and jelly sandwiches with Barack Obama, and it gets kind of tense. Were you intimidated?

Our entire final episode, by the way, is disheartening stuff. What do we do when the government is not serving us, or when it’s hurting or killing us, in the case of our criminal justice system?

Look, this isn’t a talk show, right? I can’t be Jimmy Fallon and ruffle his hair and say, “Oh, geez, so cool to meet you, sir.” This is a show he’s producing, but I have editorial independence, and I made it very clear I would not be following the Obama party line.

So, we criticize the drone strike program, we criticize the neoliberal turn toward private-sector solutions, especially regarding health care. The conversation I had with him needed to be a little bit prickly, in order for it to be a show that had any kind of integrity at all.