The Kids in the Hall return with new documentary, sketches and grown-up attitude 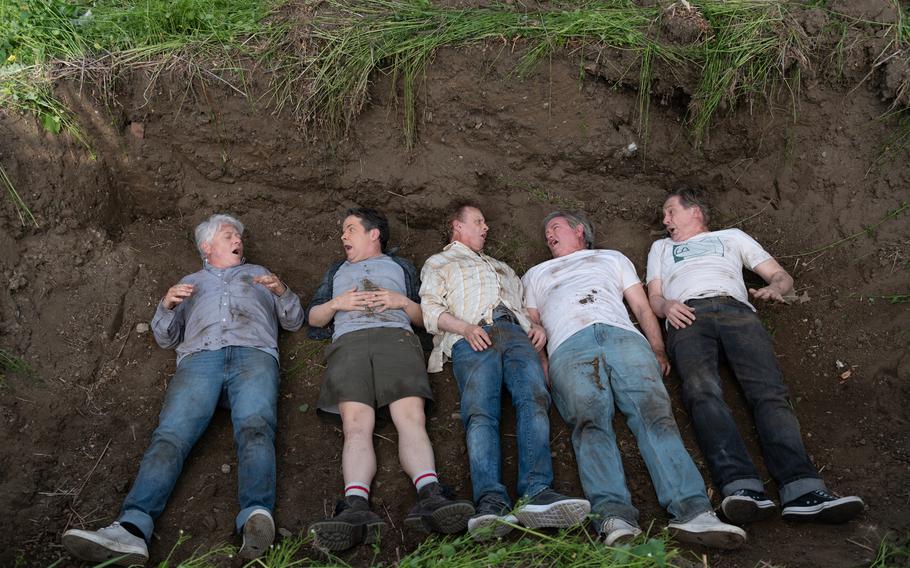 The Kids in the Hall were never hip. It’s the secret to their success.

“They were about empowering misfits and outsiders,” stand-up Mae Martin says in the new documentary “Kids in the Hall: Comedy Punks,” part of a reappreciation effort that also includes new episodes of their long-dormant TV series.

“Punks,” which starts streaming May 20 on Amazon Prime, chronicles the troupe’s emergence from the shadows of “Saturday Night Live” and “SCTV” with the kind of irreverent, non-topical humor practiced by Monty Python’s Flying Circus. All five original members look back through interviews at Rivoli, the Toronto club where they first bonded.

Like most successful comics, they take an almost giddy pleasure reminiscing about their early days bombing in front of a handful of spectators, persevering through trial and error.

“We were faking so much, trying to find our lane,” Bruce McCulloch says.

Fame seemed to be the last thing on their minds. McCulloch remembers taking a phone call in 1986 from “SNL” scouts who were in Toronto and planned to stop by one of their live shows. Sorry, he told them. We’re sold out. Maybe you can get tickets from a scalper.

The “SNL” team did wind up finding seats. And the show’s creator, Lorne Michaels, eventually produced a separate show for them, “The Kids in the Hall,” that ran from 1988 to 1995 on HBO.

Eric McCormack, Reggie Watts and Mike Myers are among those who look back at the run with fondness.

“They were the only troupe that reflected Gen X,” Fred Armisen says in the film.

Much of the second half of the two-part doc deals with how success drove a wedge in the group, especially after Dave Foley made his sitcom, “NewsRadio,” a top priority. The rest of the troupe had to file a lawsuit just to get him to participate in their 1996 feature film “Brain Candy.”

The five would patch up their differences and continue to churn out groundbreaking sketches in specials and live performances. But the movie doesn’t offer viewers many chances to see what makes them special. Excerpts from sketches are far too short and random.

Thankfully, the five have reunited for eight new episodes, streaming May 13 on Amazon Prime, that feature much of their usual brand of taboo-shattering humor. Murderous cats, aging strippers and a doctor who treats newborns like footballs all make appearances.

Scott Thompson’s character Buddy Cole, who wears his femininity as a badge of honor, returns, a reminder of just how far ahead of the pack Thompson was in celebrating homosexuality in sketch comedy. Mark McKinney brings back the Head Crusher, this time as a foil for Super Drunk, a superhero that’s far from a Super Dad. 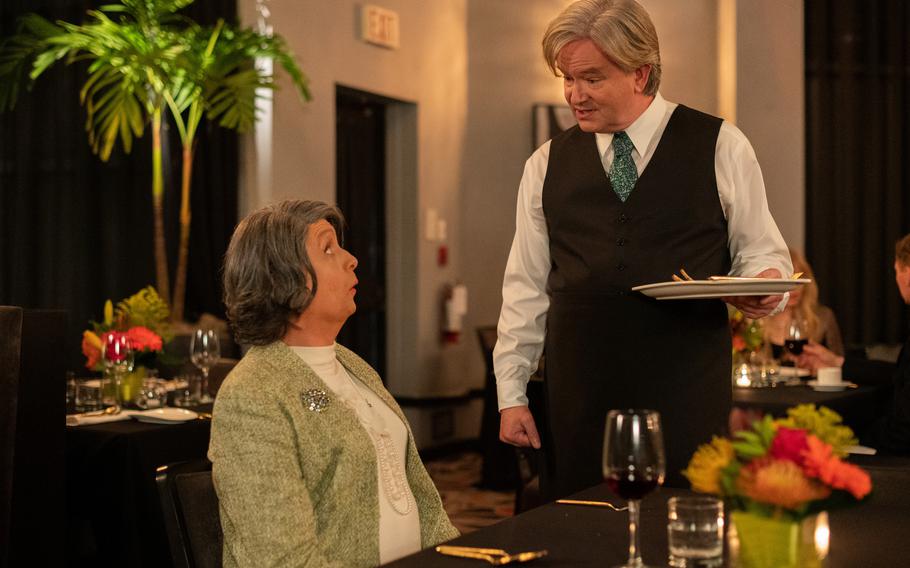 The iconic Canadian comedy troupe “The Kids In The Hall” is made up solely of men -- they dress as women whenever a female character is called for. (Jackie Brown, Amazon Studios/TNS)

The five also get back into their dresses, playing women who do more than speak in high voices and stumble around in high heels. Funny stuff, but it would have been interesting to see the documentary address the absence of real women — as well as people of color — from full-time membership in the Hall.

Don’t expect that to change. The five seem as committed as ever to ignoring the rules. In one early sketch, Foley and Kevin McDonald go the full monty to play naked bank robbers. In another, a Zoom meeting dissolves into a self-gratification session that’s a lot more graphic than any behavior that got Jeffrey Toobin in trouble.

The new episodes never feel like just a trip down memory lane. You get the sense they’re just getting started.