Country stars Carly Pearce and Ashley McBryde teamed up for the cheating ballad “Never Wanted to Be That Girl.” (Allister Ann)

When country stars Carly Pearce and Ashley McBryde scheduled a songwriting session together last spring, they knew they wanted to write a duet. But after they decided to write about a woman who realizes she's dating a married man — and the woman who realizes her husband is having an affair — they didn't want to echo any other famous songs from the genre with a similar theme.

That would include 1993's "Does He Love You," by Reba McEntire featuring Linda Davis, in which the two women mournfully seethe with envy over each other. Or 1997's "The Fool" by Lee Ann Womack, where one woman confesses to another that she's "the fool in love with the fool who's still in love with you." And it would always be easy to focus the anger on the man. But they had another idea.

"We looked at our options and said, 'What if we don't call the guy a crapsack at any point?'" McBryde, said in an interview. "Because it really is just about these two women, and each one separately finding out."

Thus was the beginning of "Never Wanted to Be That Girl" (also written with Nashville powerhouse Shane McAnally), which became a hit and is nominated for collaborative video of the year at the CMT Music Awards on April 11. McBryde sings from the perspective of a woman who meets a man who isn't wearing a ring when he asks to go for a drink. Six months pass, and then it switches to Pearce, who plays the suspicious wife waiting for him at home and checks his phone for signs of cheating.

The chorus reflects their individual yet very similar horror: "I never wanted to be that girl, I never wanted to hate myself, I thought this kind of lonely only happens to somebody else. / Bein' the other one when there's another one, God, this feels like hell."

"There's so many times we fight over each other and blame each other, and I think what's interesting is each woman's realization: 'Oh my goodness, I never thought I would find myself in this scenario,'" Pearce said, pointing out that the listener never finds out whether the two women meet or learn anything else about each other. "There's just this feeling of 'How did I get here?'" 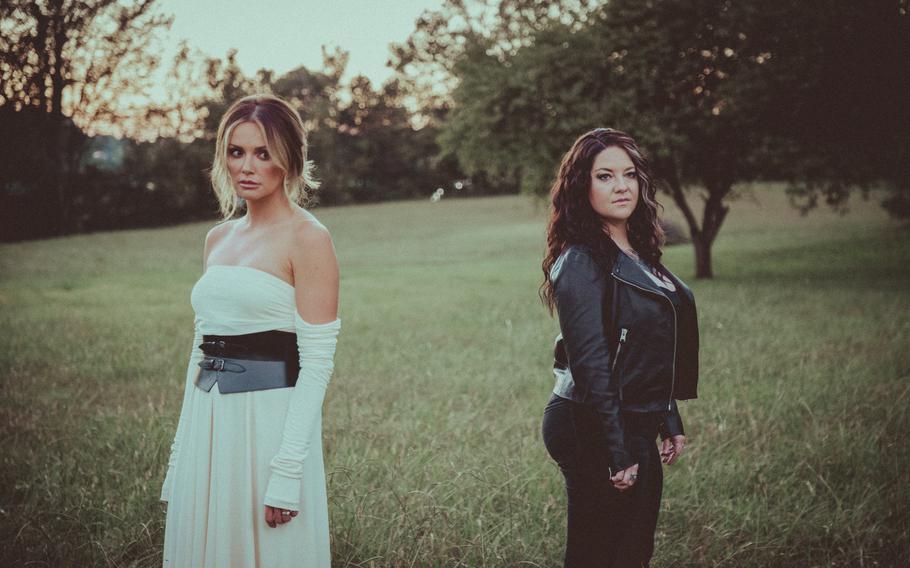 A screenshot from Carly Pearce and Ashley McBryde’s video,  “Never Wanted to Be That Girl,” also written with Nashville powerhouse Shane McAnally. It’s nominated for collaborative video of the year at the CMT Music Awards on April 11. (Nate Rau)

Diving into that question led to an intense songwriting session, the singers said, and they had honest conversations about being on different sides of the story at different times of their lives. "We kind of bonded over never wanting to find yourself in that scenario," Pearce said.

McBryde also wanted to be sensitive about talking too much about heartache, given that Pearce had just gone through a divorce from country singer Michael Ray. She told Pearce to let her know if things were getting too emotional. "She said, 'Hell no, let's do this!'" McBryde recalled, which inspired her to share some personal stories with Pearce and McAnally as well. "I told them, 'I don't care, I will happily tell you about the last time I went through someone's phone.'"

The lyrics struck a chord with listeners, and the ballad — which appears on Pearce's 2021 album "29: Written in Stone" — is currently in the Top 10 on country radio, making it one of the rare female country duets to climb that high on the charts. Only a handful in the last few decades have achieved Top 10 status besides "Does He Love You," including Miranda Lambert and Carrie Underwood's "Somethin' Bad" in 2014, and Lambert and Elle King's "Drunk (And I Don't Wanna Go Home)" this year.

One of the most moving parts of the song's success, McBryde said, is when she sings it during concerts and sees "the slow nods" between women in the audience who give each other knowing looks of, "Oh yeah, I get it." "That's one of the biggest compliments for me."

Last month, Pearce was playing a concert in Albany, N.Y., when she noticed two women holding up a tiny cardboard sign. She stopped the show to take a closer look and saw that it said, "We've dated the same guy for two years. You saved us!" Pearce insisted they come to the stage and take a photo, and they told her that "Never Wanted to Be That Girl" made them feel less alone.

The fans, Tara and Ashley, said in an interview that after they discovered they were dating the same guy (Ashley thought Tara was the ex-girlfriend, Tara told a local radio station), Pearce's music helped them through the difficult situation. They bonded and became friends, sending songs and quotes and TikToks back and forth.

McBryde was blown away when she saw the photo, because ultimately, that was the point of the whole song. "That's part of the reason country music is so magical," she said. "We can take a mirror and shine it on your dirty laundry and ours — even though it might sting a little bit, the overall purpose is to heal."

Pearce agreed and said she has heard from many fans who have recognized their own lives in the ballad.

"All you ever want to do is write something that relates to somebody and can impact their lives," she said. "And to think about how we dug in and wrote from a real place — that shows the power of music."