Richard Marx is right here waiting — for respect he's due 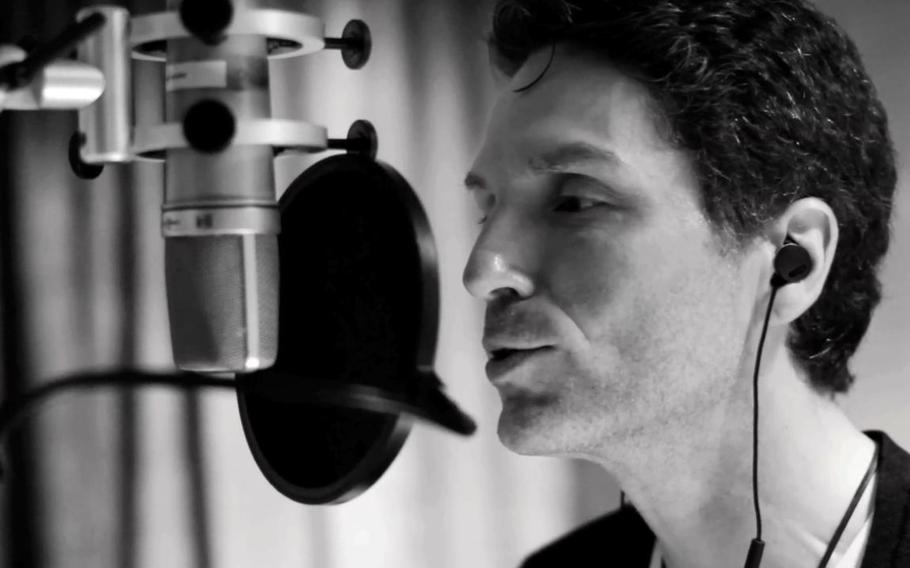 In his memoir, “Stories to Tell,” to be released by Simon & Schuster on July 6, Richard Marx takes readers behind the scenes of his decades-long career. Marx has had 14 No. 1 songs as a writer for artists from Kenny Rogers to NSYNC. (richardmarx.com)

Richard Marx likes to gently mess with the minds of whoever comes to see his solo concerts.

He'll start playing a Keith Urban or a Lionel Ritchie song and look out to see the reaction. "If it’s a couple, I’ll see one of them look at the other with this face like, ‘You’re kidding me. He wrote that?’”

Then hits from his career will tumble out: “Right Here Waiting,” “Should Have Known Better,” “Don't Mean Nothing,” “Hold On to the Nights,” “Take This Heart,” “Hazard” and “Angelia.”

If you've not yet seen Marx in concert, he's offering a written version with his new memoir “Stories to Tell,” a series of anecdotes from a singer-songwriter who has rubbed shoulders with — and supplied songs to — music royalty.

He reveals beefs with Brad Paisley, Clive Davis and Night Ranger and a crush on Olivia Newton-John. He made a Vixen song sound better with a little sonic trickery — adding someone else's guitar solo — and watched in horror as his band was held at gunpoint in Taipei.

“I have got so many — somewhere between interesting and hilarious — things that have happened in the background of my career,” he says by phone from the Los Angeles home he shares with his wife, Daisy Fuentes.

“At the end of the day, I want people to feel the same things I want them to feel about my show — that you feel like you get to know me a little bit.” 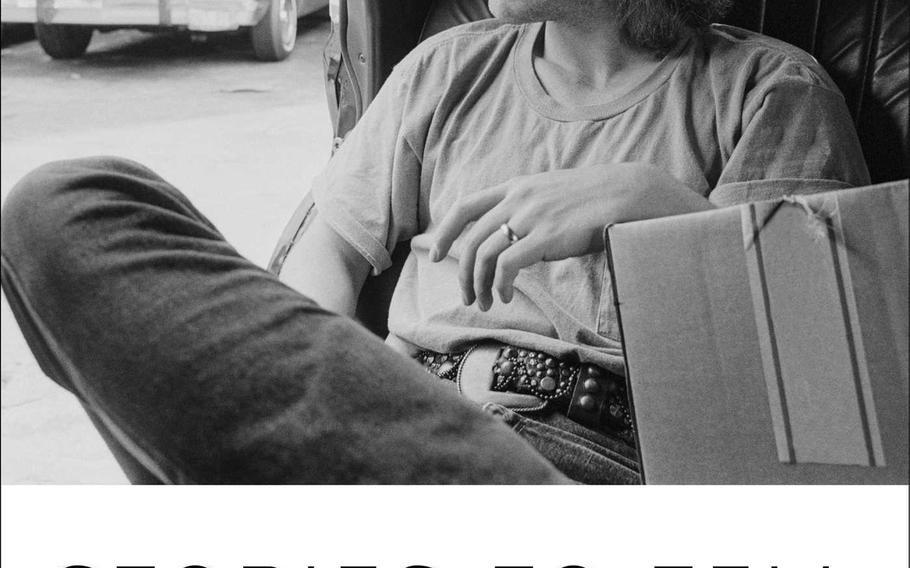 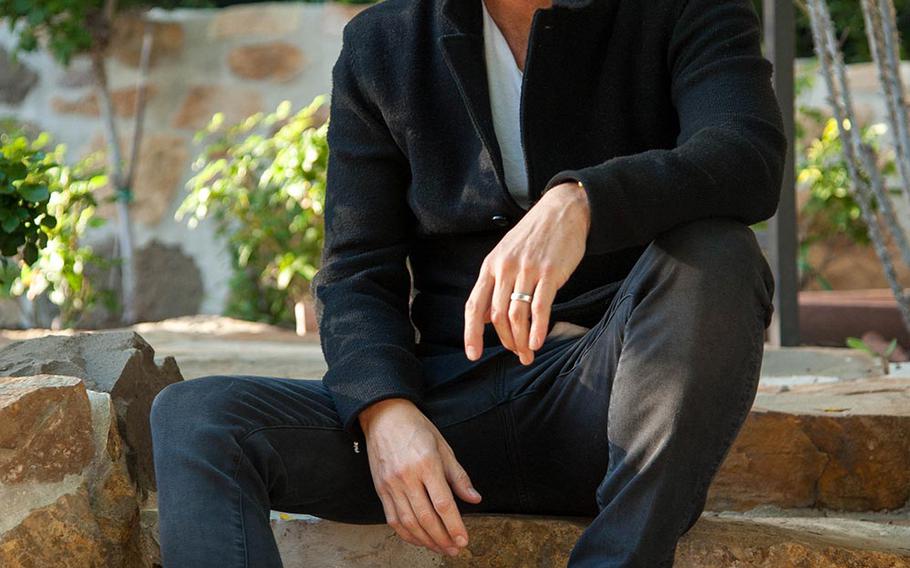 Singer and songwriter Richard Marx has released a memoir full of stories from his long career. Marx, best known for the 1989 hit song “Right Here Waiting,” has also had 14 No. 1 hits as a writer, penning songs for artists from Kenny Rogers to *NSYNC. (richardmarx.com)

“Stories to Tell” is ultimately the tale of a supremely talented, instinctual songwriter who rode the wave of MTV fame for a decade or so and then, when the heat dissipated, reinvented himself as a producer and songwriter for others.

“It was just about 10 years straight where everything I put out had success. And then I put out a record that I joked went double plywood instead of double platinum,” he says. “It just was like a signal that everything had shifted from me in my career. I remember thinking, 'What did I do wrong?'”

He says it took a year for him to grasp the change. “I started to think, ‘Well, you know what? I had a really great turn for about 10 years. And it’s not my turn now. It’s somebody else’s turn.’”

He was still in his 30s and “had a ton of music left" in him. “I’ll make it with other people,” he concluded. That shift also freed him up to be a very present father to his three sons.

Marx over his career has had 14 No. 1 songs as a writer — one in each of four different decades. He and Vandross’ “Dance With My Father” won the 2004 Grammy for Song of the Year. He's written or performed hits on Billboard's country, adult contemporary, mainstream rock, holiday and pop charts.

Starting out as a versatile background singer, he got his big break when Lionel Richie heard a tape of his songs and invited Marx to help him with his solo albums. You can hear a teenage Marx on such hits as “All Night Long” and “Running with the Night.”

That led to him writing songs with Rogers and then writing or singing for a slew of stars before the release of Marx's own 1987 self-titled debut album, which would go double platinum.

The book's publication is timed to the release of a two-disc companion album with remastered versions of his biggest hits plus demos, live tracks and fresh interpretations of songs he has written for other artists.

Running through the book is Marx's conviction that he has an almost mystical ability to attract and befriend superstars, something that first happened at age 5 when he met Davy Jones of The Monkees. As he writes: “I've always had the ability to will people into my path.”

Readers get lots of stories about Marx's collaborators and how he comes up with songs from a man who has steered clear of embarrassing, self-destructive scandal.

“He hasn’t lived a life that is deserving of VH1 'Behind the Music.’ It’s been pretty even-keeled,” said Sean Manning, his editor at Simon & Schuster. “But I think that he is a master craftsman. That’s what I was really intrigued by — how he does what he does.”

Marx in recent years has become a social media phenomenon, enchanting fans by wittily snapping back at trolls and intolerance. In June, when a guy got on Twitter to tell Marx that his pronouns should be “has/been,” Marx actually agreed: “I started writing hit songs at age nineteen and the money 'has been' rolling in ever since.”

It was his humor, fearlessness, authenticity and self-awareness that led Manning to reach out to Marx just as the pandemic was gripping the nation. Luckily, Marx had already written some pages, based on the anecdotes he offers on stage.

“He’s the first one that will make fun of himself," said Manning. "He doesn’t wait for anyone to do that. And I think that’s where you do relate to him. He doesn’t take himself so seriously, which I found incredibly refreshing.”

Readers of “Stories to Tell” will find a more gentle style than his sharp-elbowed Twitter tone. He says he's a private person and was never going to write a tell-all book with incendiary details.

“On Twitter, if I’m dealing with an issue that’s racist or bigoted, there’s no holding back. I’m going to blast it. And if someone’s coming after me, I’m going to respond as you can see,” he says. But a book is another matter: “They’re just two completely different animals.”

Marx in real life comes across as that unusual creature in the music business — grounded, fair and happy. He's a Midwestern guy who quickly thanks his parents and people early in his life for not allowing him to come out any other way.

Finally, he is asked if he could pick one thing for people to take away from the book. “That I’m taller than they think,” he says, laughing. ”But the answer is actually gratitude."