International streaming hits are proof that good TV translates, no matter the language 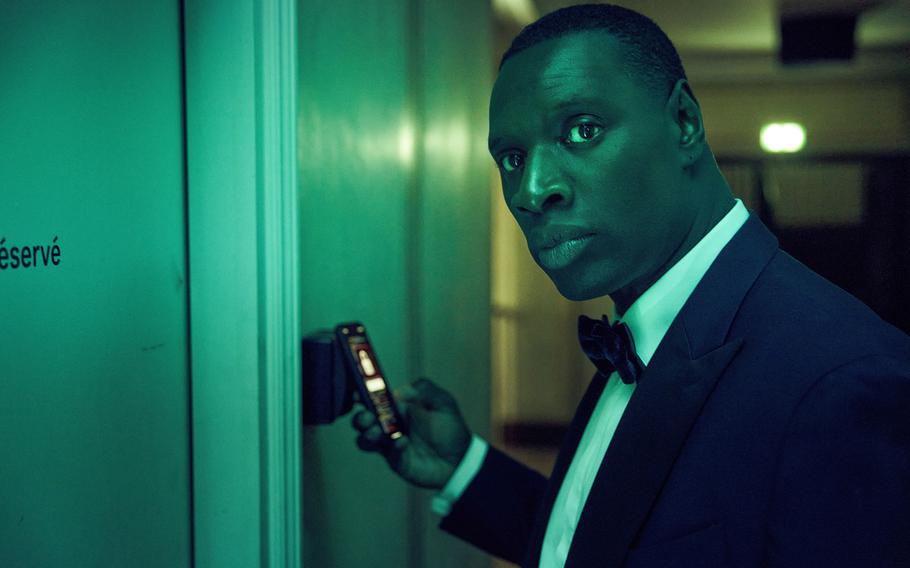 This drama starring Omar Sy is based on the classic French story of Arsène Lupin, a world-famous thief and master of disguise. (Netflix/The Washington Post)

In January, Netflix users came across a new series about a charming con man out to avenge the death of his father. The mystery thriller, "Lupin," quickly picked up a following - despite the fact that the series was in French and incorporated the adventures of the fictional Arsène Lupin, the distinctly French character at the center of Maurice Leblanc's novels. The show quickly became the streamer's most popular non-English title, according to Netflix. "Lupin: Part 2″ arrived June 11, and a third installment has already been announced.

In addition to becoming the first French original to chart in the U.S. Top 10 list, "Lupin," watched by 76 million subscribers in its first 28 days, is Netflix's biggest original series - regardless of language - so far this year. All Netflix series considered, "Lupin" is behind only "Bridgerton," which Netflix says played to 82 million subscribers. Last year's medieval sleeper hit, "The Witcher," was also viewed by around 76 million, according to the streamer.

Over the past few years, Netflix and other major streaming platforms have pushed out an increasing number of non-English language TV series that appeal to viewers across the world. But the pandemic, which stalled a number of Hollywood productions last spring, opened even more viewers to TV shows outside of their native language. In a time of uncertainty and isolation, they found solace in feel-good Korean dramas, thrilling telenovelas and other international gems. While the proverbial water-cooler may never again be a physical gathering place, it's arguably more vast than ever.

Bela Bajaria, head of global TV at Netflix, said the platform's users have embraced "shows from many different countries and many different genres." In 2020, non-English viewing (including series and films) from U.S. subscribers grew by 50 percent. Bajaria said the company also saw significant spikes in the consumption of K-dramas and anime, two genres with well-established international fanbases.

One such success was "Crash Landing On You," a tender Korean drama about the unlikely romance between a North Korean army captain and a South Korean businesswoman who ends up on the other side of the region's demilitarized zone after a paragliding mishap. Netflix licensed that series, which came to the platform in December 2019 right as it hit linear network TVN in South Korea.

"Unorthodox," the first Netflix series to be primarily in Yiddish, was also an early hit during the pandemic. Based on a best-selling memoir by Deborah Feldman, the German-American production was well-reviewed by critics and received eight Emmy nominations - including a best actress nod for Israeli actress Shira Haas, who learned Yiddish for the role. German director Maria Schrader took home a trophy for helming the four-part limited series, which was shot mostly in Berlin.

The past year has also marked resonant non-English efforts at other streaming networks including Apple TV Plus, which brought the Israeli psychological thriller "Losing Alice" to its subscribers in January, and HBO Max, which debuted the universally lauded Spanish biographical series "Veneno" to a U.S. audience. HBO's streaming service is also home to the first four seasons of the Italian organized crime drama "Gomorrah," an international juggernaut that first aired stateside on Sundance TV; a fifth and final season is in the works.

Netflix, which recently reported 208 million subscribers, started producing original series outside of the United States in 2015, with the Mexican dramedy "Club de Cuervos," and has branched out to producing local content in 20 countries. The streamer had early success with shows including "Dark," a sci-fi thriller that became the platform's first German-language series in 2017, and "Élite," a soapy teen thriller/murder mystery that premiered, to notable buzz, as the platform's second Spanish-language original in 2018. "Élite" is now in its fourth season, which premiered Friday.

Netflix has since ramped up its production in Spain, choosing Madrid as the location for the European production hub it opened in 2019. In September, Netflix will release the fifth and final season of "Casa de Papel" (or "Money Heist"), its most popular Spanish series to date. The show, originally acquired for global distribution by Netflix following a run on Spanish TV, was the platform's most popular non-English series from 2018 to 2020.

That distinction now belongs to "Lupin," according to the streamer. (Netflix has changed its internal metrics over the years and now considers a title watched if a viewer tunes in for the first two minutes at least.)

"Lupin" was filmed in Paris, with a mostly French cast and crew. The exception is creator and showrunner George Kay, a British screenwriter whose credits include "Killing Eve" and British-French thriller "The Tunnel." His first show for Netflix - the anthology "Criminal" which he co-created with Jim Field Smith - follows an even more international template, with iterations in Spanish, German and French, in addition to English in the United Kingdom-set original.

Despite his work on international productions, Kay isn't a polyglot. Most of his collaborators speak English. On "Lupin," he said, "I write in English all the way through to the shooting draft and then we translate right at the last minute." While "Lupin's" setting and cast lend a cultural authenticity to the series, Kay said the show is "about universal themes" with dialogue "that would pass very evenly into a U.K. show or an American show."

"Lupin" premiered amid ongoing discourse around systemic racism, particularly in the United States, and subtly spoke to similar themes. The racism Assane regularly experiences, along with his father's unjust fate, is inextricable from his deceptions and how they subvert the expectations of those around him. Often his schemes take advantage of microaggressions - being mistaken for other Black men, for example, or being virtually invisible in predominantly White circles.

"The social aspects of it started to fit in with the tricks," Kay said. "Because if you have prejudice or you have privilege, you have something of a gap between you and other people. And it's in those gaps that Assane can kind of cause havoc."

The difference is not just in what viewers are consuming (many people around the world have been watching dubbed or subtitled TV for decades), but what businesses are providing: As Netflix and other streaming platforms offer an increasing number of international efforts, content creators and production companies are stepping up to meet the demand. NBCUniversal-owned Telemundo recently announced a project dedicated to creating content for streaming platforms. Telemundo Streaming Studios launched with 35 projects in development; in September, the network will release the dramedy "Armas de Mujer," its first original series for Peacock, which launched last summer.

Plans for a streaming studio had been in motion before the pandemic, but last year accelerated that goal, said Romina Rosado, executive vice president of entertainment and content strategy for NBCUniversal Telemundo Enterprises. Rosado said streaming on Telemundo's app doubled last year. And users weren't just watching new content - the platform saw viewership spikes for "Tierra de Reyes," a Texas-set novela that premiered in 2014. On Netflix, "Mariposa de Barrio," Telemundo's 2017 biographical series on the late Jenni Rivera, landed in the Top 10 after coming to the platform in January.

"We realized that the opportunity was more immediate and that there's a lot of excitement," Rosado said. "And just looking at some of the results that we've seen on streaming platforms with our own content, we've just realized we need to create more of it."

Telenovelas have long been globally popular, and a growing corner of Telemundo's catalogue reflects the international appeal of soap operas. Later this month, the network will premiere "Hercai: Amor y Venganza," its third Turkish novela - a genre that has exploded in popularity among Spanish-speaking audiences in recent years.

Netflix's lineup, meanwhile, features a growing number of telenovelas including Telemundo's "La Reina del Sur," which became a global hit following its 2011 premiere. Netflix co-produced a hotly anticipated second installment in 2019, and has committed to airing a third.

The streamer has also started to produce its own telenovela-esque series, including "Who Killed Sara?," a twisty Mexican thriller that Netflix says was watched by an estimated 55 million users following its Season 1 premiere. The show incorporates telenovela elements - think fake deaths, shocking family tree developments - with higher-than-traditional production value and noticeably shorter seasons. A second installment quickly followed, holding a steady presence in Netflix's top 10 list; a third is underway. And in March, Netflix announced a remake of the popular Mexican telenovela "Rebelde" (itself a remake of Argentina's "Rebelde Way"), about the students at an elite Mexican boarding school.

As Netflix gets into the novela game, Telemundo's slate includes its first period drama - "Malverde: El Santo Patrón" - about the Mexican folk hero Jesús Malverde. The upcoming series will be available on Telemundo and its app, and will also appear on Peacock.

"We think that that's a story that can actually be globally relevant because it has those elements of Robin Hood - he takes from the rich to give to the poor," Rosado said. "But it's a story that traditionally never would have been taken out of Mexico and that we think, in this new landscape, really has some legs to become globalized."

Ultimately, Rosado said, "what people are looking for is authentic storytelling and it doesn't really matter, if that's a very French character or if it's a very Mexican character."

"Lupin's" success certainly supports that assessment. For Netflix, Bajaria said, "it's very important that we just make the best content."

"That really starts with great local storytellers in many different countries, really telling their vision and their authentic story in their own language from their own country," she added. "And then we provide them a global platform."