‘Call of Duty: Ghosts’ sticks to a strong script 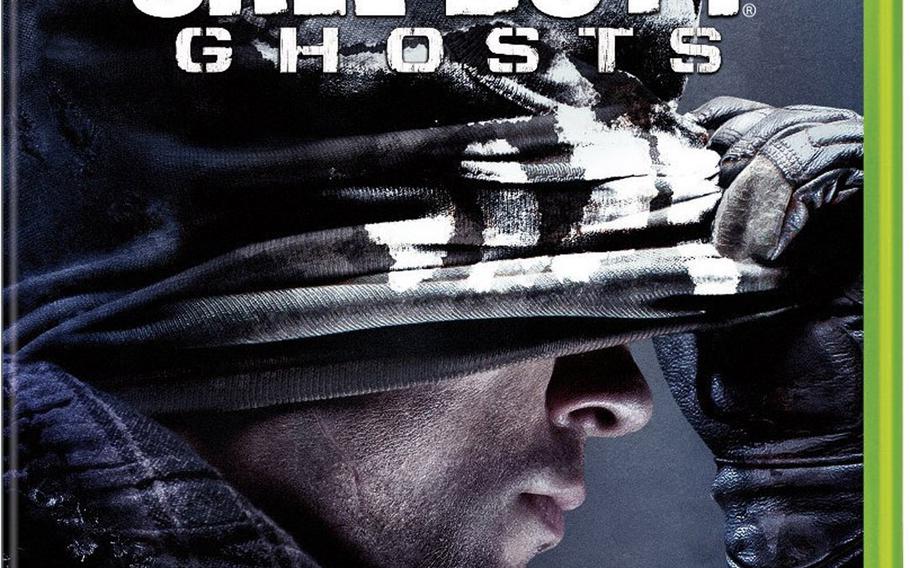 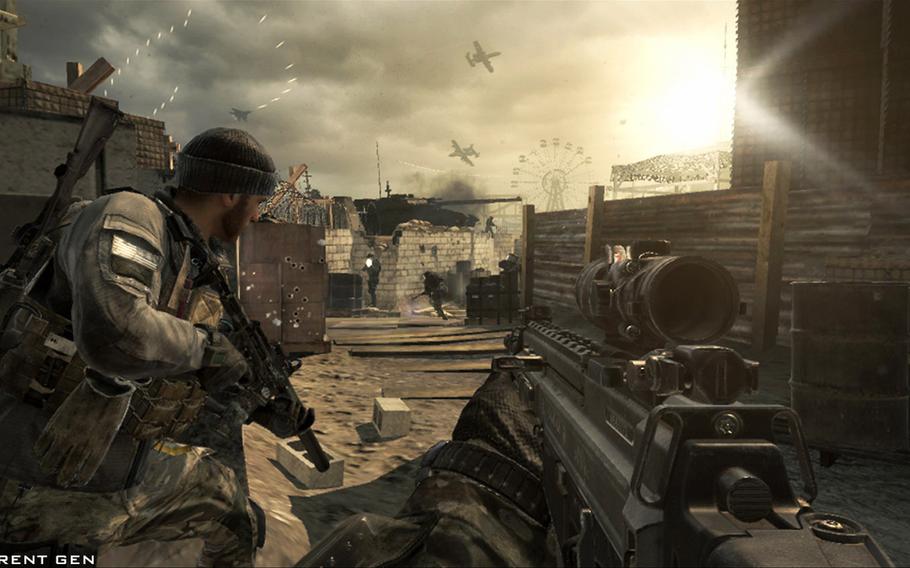 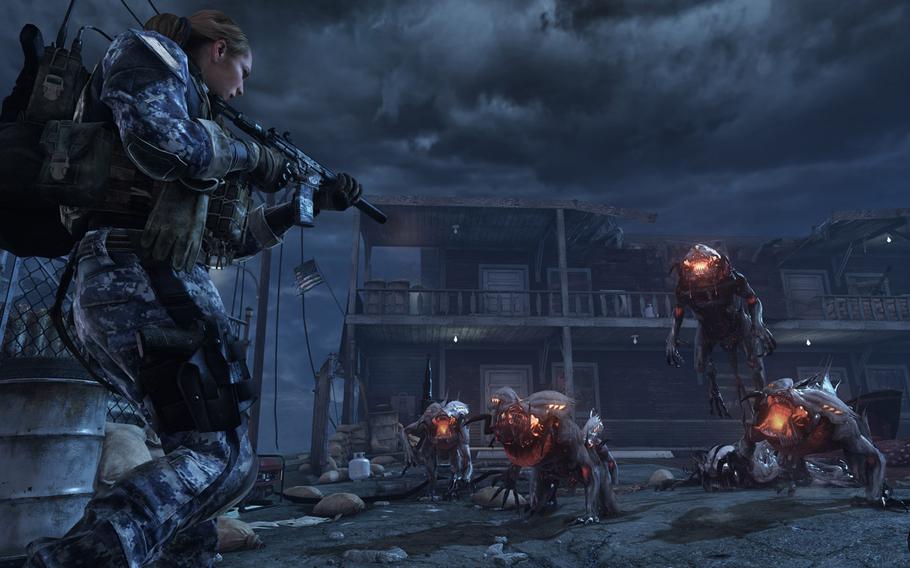 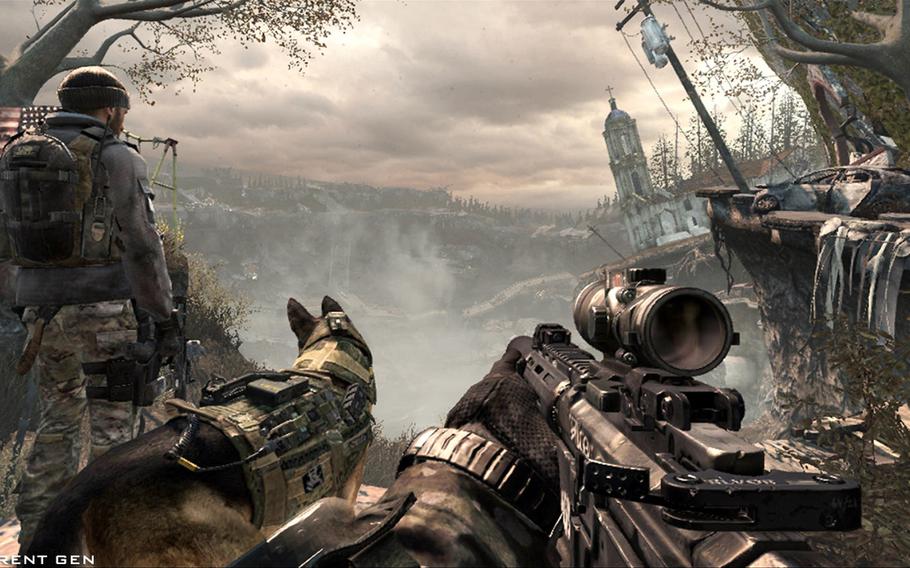 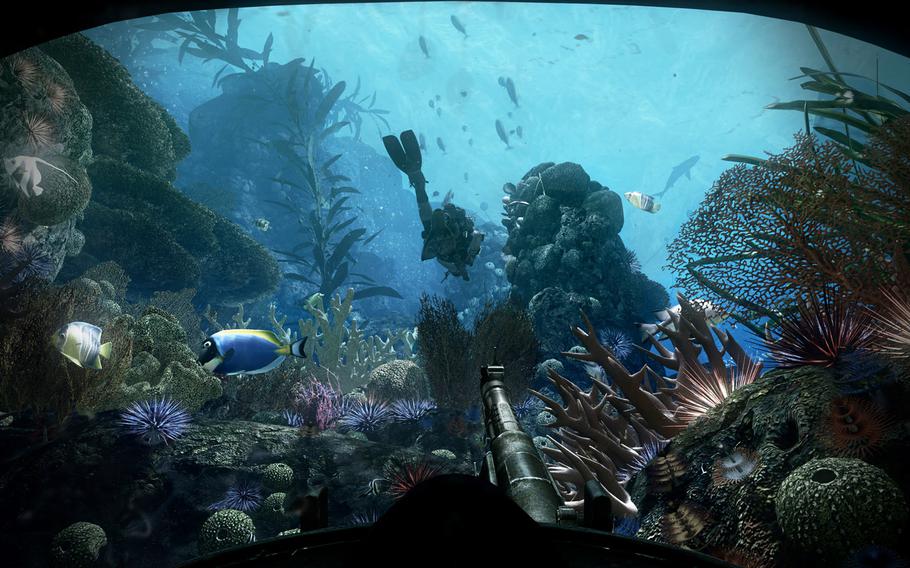 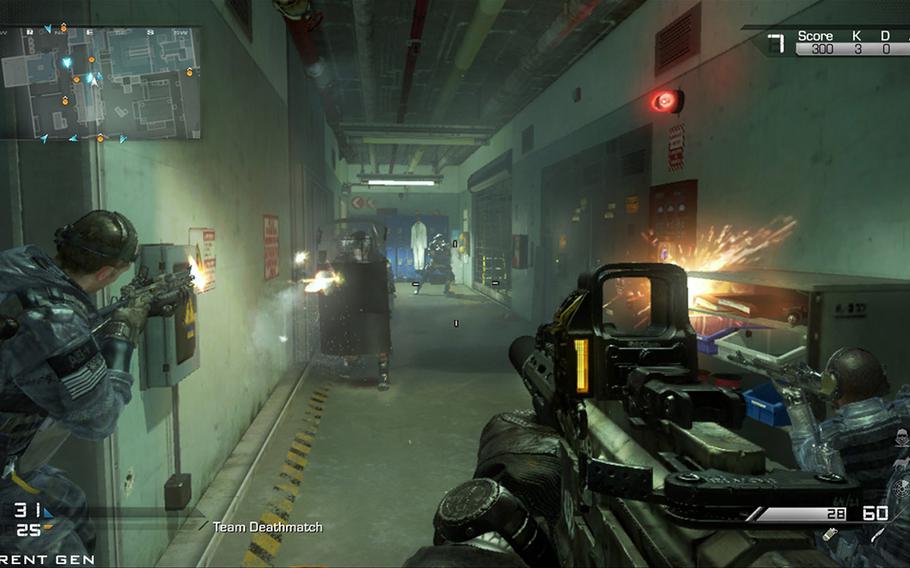 “Call of Duty: Ghosts” brings new weapons and a diverse set of missions and activities. (Courtesy of Activision)

Whether engaging in modern warfare or conducting black ops, “Call of Duty” fans are used to superpower status.

But in “Call of Duty: Ghosts,” the United States has been humbled and its survival depends on the determined group of men who give the game its name.

In the game developed by Infinity Ward for Activision, you play as Logan Walker, who’s nothing more than a typical American when his world is suddenly ripped apart. Kinetic-energy weapons are dropped from orbit onto his hometown of San Diego and other U.S. cities. The devastating attack is quickly followed by an invasion by the Federation, a group of South American nations that rose to power as the significance of the Mideast waned. Logan, his brother Hesh and veteran father Elias join a crippled U.S. military trying to push back the assault.

The single-player campaign is intense and offers an incredibly diverse set of missions and activities. In addition to standard infantry battles in jungles and cities, you will engage in shootouts in space and underwater. You’ll also fly a helicopter and drive a tank as you take the fight to the Federation.

The gameplay mechanics for each of these scenarios is handled incredibly well. Controls are smooth and forgiving. I’ve played many games that didn’t handle the third dimension very well, leaving me feeling irritate or even queasy. However, “Ghosts” takes into account that most gamers operate well in only two dimensions. As a result, it doesn’t send you spinning into space if you push a button too long or send you careening into a building if you misjudge your helicopter’s elevation.

Several missions let you target enemies with interesting new weapons, including a “remote sniper” and the kinetic-energy weapons dropped from outer space. But the best is Riley, the canine member of your team.

Developers and publicists made much of Riley before the game’s launch, so I expected to use him in most missions. Unfortunately, he appears in only a few. But when he does join the action, he definitely makes the experience enjoyable. Since the game is scripted, most opportunities to use Riley are built into the story line. You use a small computer to dial in to Riley’s electronic harness, which gives you visuals from his perspective and issues him commands on where to go and when to attack. And when Riley attacks, he takes no prisoners. When not in this “remote control” mode, you can still issue orders for Riley to attack enemies by tapping a bumper.

While all of this adds up to a fine package, I know that some of my friends will never experience any of it. They — like many gamers — focus solely on the online multiplayer mode.

This mode benefits from some interesting tweaks and additions this year.

The first thing you’ll notice is that you can create your own avatar. As well as your equipment loadout, you can customize the face and body type and even select the gender. As a result, this is the first “Call of Duty” where you hear female voices amid the chaos.

The perk system has also been revised. You are given a budget to purchase whatever performance-enhancing perks, weapons and equipment you want. As you gain experience, tokens are added to your budget.

And the strike packages that you unlock after a kill streak have been revised. Among your options this year are calling for a guard dog like Riley or a strike from an orbiting satellite.

As usual, the new game comes with some new types of matches. The mode interesting — and frenzied — is “Cranked.” When you kill an opponent, you have only 30 seconds to make your next kill — or you’ll explode. The action definitely gets intense here.

The multiplayer maps are very well designed. They enable an excellent flow of action — including plenty of ways to flank enemies who are camping in sniper hideouts.

In addition to the campaign and online competition, “Ghosts” includes a new mode called “Extinction.”

Previous editions of “Call of Duty” by Infinity Ward have offered two-player co-op missions where you fight off waves of enemies. However, they’ve never been as popular as the zombie-fighting missions that are appended to the “Call of Duty” games developed by Treyarch.

This time around, Infinity Ward takes a page from Treyarch’s book and offers four-player co-op with an otherworldly enemy. Instead of zombies, “Extinction” lets you face off against waves of grotesque alien creatures. The idea is that you drill into an alien hive and deal with any nasty critters that pop up to stop you. You earn points by killing aliens and spend them to buy ammo, better weaponry and perks. You progress through the infected town, facing bigger and meaner foes. Unlike the zombie missions, which continue until you’re overwhelmed, you can actually reach a successful conclusion.

Another new feature is the “Squads” mode. In this, you form a squad of digital soldiers and fight against another team. You can play solo against the game’s artificial intelligence, play cooperative with friend or go head-to-head against another player and his squad. In most cases, “Squads” uses the same maps and match types as the multiplayer mode. You also can try to stand your ground against waves of enemy soldiers. This option is similar to Infinity Ward’s old survival mode but allows up to four gamers to play cooperatively.

In all of the game’s modes, the graphics are terrific, even on the current generation of consoles. Expect them to get even better when the Xbox One and PlayStation 4 become available later this month. Previews at the E3 Electronic Entertainment Expo revealed incredible detail, rich textures and an enhanced sense of depth that are beyond anything available on the Xbox 360 or PS3.

The game receives its mature rating for violence and language.

Bottom line: “Call of Duty: Ghosts” delivers a compelling story and intense gameplay in an impressive array of features.