After Hours: Moti in Roppongi, Tokyo 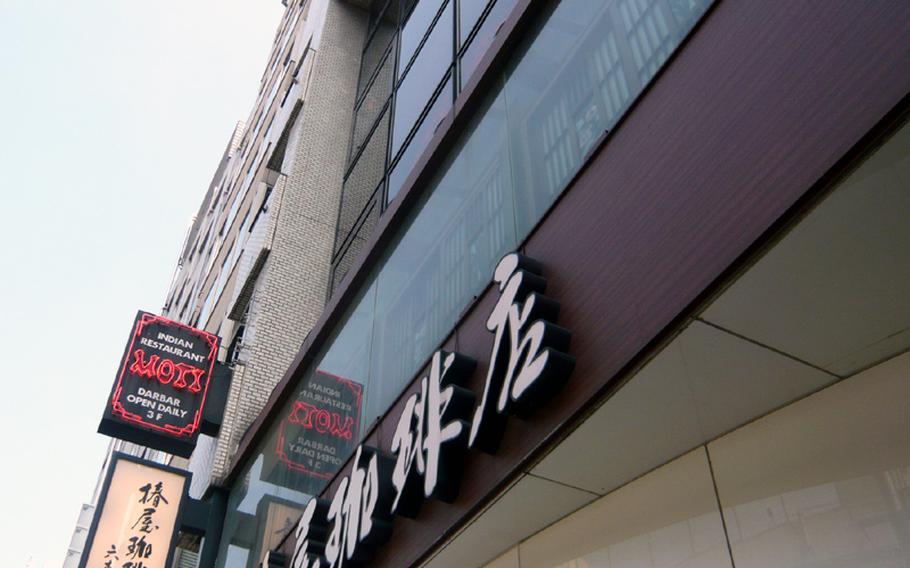 Buy Photo
The Roppongi branch of Indian chain Moti is on the third floor of a nondescript building on Roppongi-dori, above the Pompadour bakery. The restaurant has four shops in Tokyo and two in Yokohama. (Hana Kusumoto/Stars and Stripes)

Buy Photo
The Roppongi branch of Indian chain Moti is on the third floor of a nondescript building on Roppongi-dori, above the Pompadour bakery. The restaurant has four shops in Tokyo and two in Yokohama. (Hana Kusumoto/Stars and Stripes) 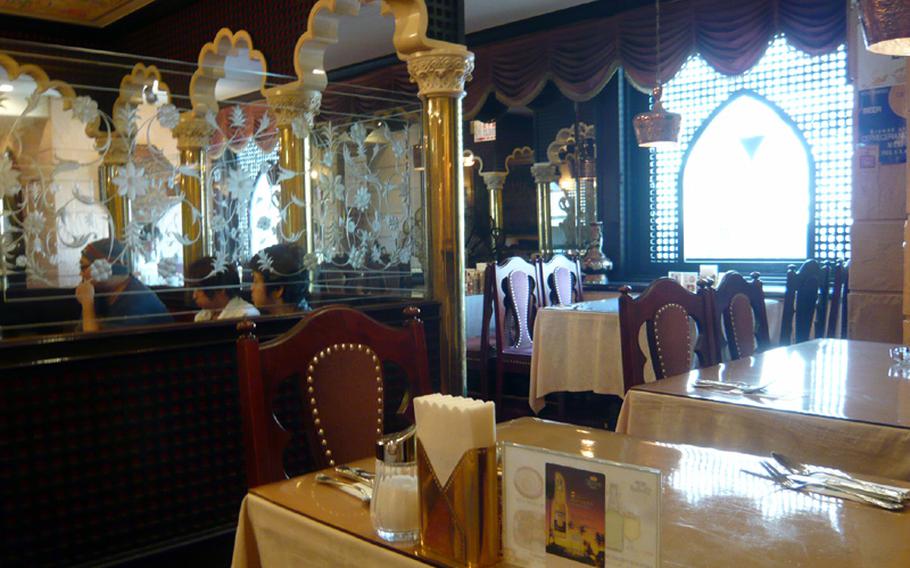 Buy Photo
The building that houses the Roppongi branch of Moti isn't much to look at, but the elaborate decor inside evokes an Indian palace. The chain, serving authentic Indian cuisine, has four restaurants in Tokyo and two in Yokohama. (Hana Kusumoto/Stars and Stripes) 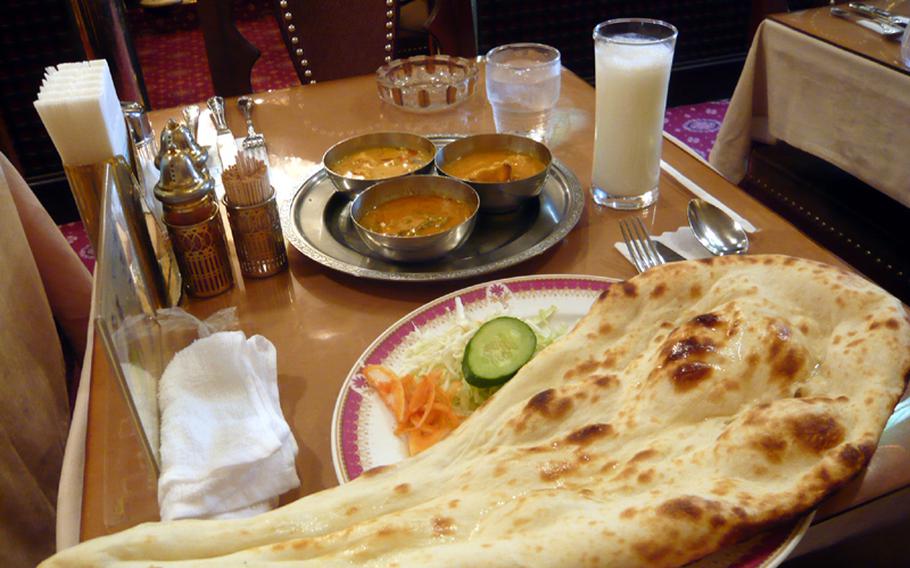 Buy Photo
A special lunch set at Moti includes vegetable, chicken and shrimp curries, a side salad, huge naan and a drink for 1,200 yen. The restaurant, in the heart of Roppongi, is a good option for authentic Indian cuisine. (Hana Kusumoto/Stars and Stripes)

You wouldn&rsquo;t guess that inside a plain, multi-tenant building in the middle of Roppongi is a little Indian palace.

It surprises you the moment the door of an old, barren elevator opens on the third floor. You are invited into a room filled with authentic Indian paintings and decorative pillars. The appearance suggests palace, but the food says Indian restaurant.

Moti began serving northern Indian cuisine in Akasaka in 1978, when authentic Indian cuisine was hard to find in Japan. Moti opened its branch in the heart of Roppongi in 1983. Now there are four restaurants in Tokyo and two in Yokohama.

If you are looking for a good deal, then lunch is the time to go. The restaurant usually serves a half-dozen types of curry for about 1,000 to 1,200 yen, which includes a small side salad, a choice of naan or rice and a drink.

I had the special lunch set, which came with small bowls of chicken, shrimp and vegetable curries. The looks of the curries were similar and I thought they were going to taste the same, but they actually had distinct tastes. The vegetable curry was mild with thinner sauce, the chicken curry was thicker and much hotter and the shrimp curry was also thick but was creamier. And the naan is so big that it was falling off the plate. I noticed that most of the women and some men in the restaurant were unable to finish the naan.

Menus at Moti are all translated into English. If you have any questions, the staff, who speak English, can help.

If you are looking for a quick trip to India, Moti is the easy way to go.

Clientele: Mixture of Japanese and foreigners