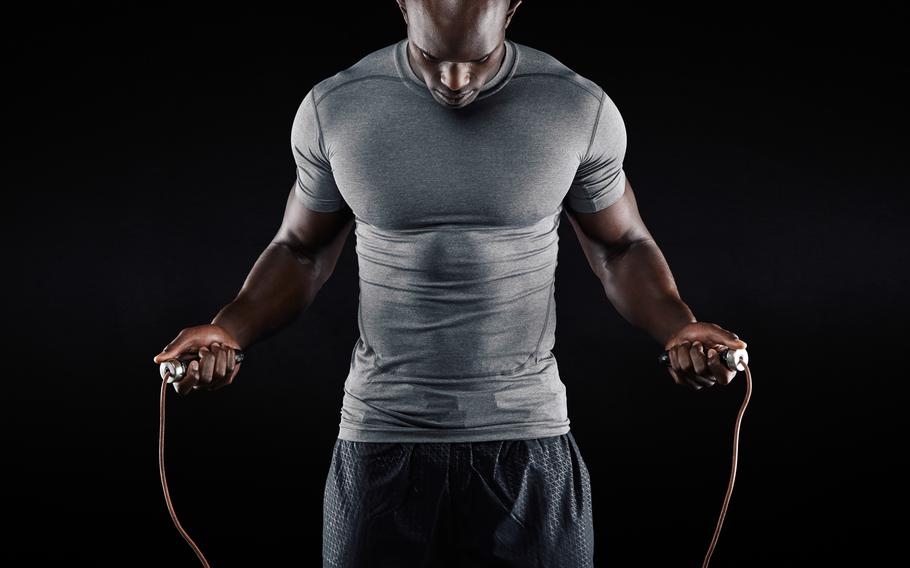 If you think jumping rope is for “girls in their skirts, jumping on a playground,” Alysia Mattson suggests you reconsider. “It’s way more of a badass sport than that,” said the 28-year-old Seattle jump-rope maven. When she was without access to the gym and sick of Zoom workouts during shutdowns in April 2020, she bought one of the few pieces of fitness equipment that hadn’t sold out — a jump-rope.

Since then, Mattson has found camaraderie in the online jump-rope community, which she said has seen its numbers “skyrocket” since the pandemic started. In an email, Erica Brandelius, public relations representative for the San Diego jump-rope manufacturer Rx Smart Gear, said pandemic jump-rope sales increased by 30 percent compared with the prior year. Tim Haft, the Manhattan-based founder of Punk Rope, said its jump-rope sales grew by 145% during the same time period.

German jump-rope expert and coach Mira Waterkotte also attests to the sport’s recent growth. As she shifted from live events to virtual lessons, she started with one class at the beginning of the pandemic. Because of increasing demand, she now teaches three classes, drawing students from all over the world. She credits jump-roping’s rising popularity to its affordability and convenience. According to the six-time national jump-roping champion, starting requires just two things: a rope and some curiosity.

Not only can you jump nearly anywhere without investing more than $20 in a rope, the workout offers myriad health benefits. In addition to helping you improve your speed, coordination and agility, “it’s the best cardio you could ask for,” said Nick Woodard, 14-time world-champion jump-roper and co-owner of Learnin’ the Ropes in Bowling Green, Ky.

According to Rachel Jablow, a Chicago-based jump-rope instructor and owner of Get Roped, jumping builds bone density and prevents osteoporosis.

It also supports your mind, especially as you delve into more complicated choreography. “As you get more into it, you can be very creative,” Woodard said.

The moves require deep concentration. Jablow called it a “moving meditation,” adding, “If you’re not present, you’re going to trip.”

Proponents say the risk of injury is less than with running, another sport that saw a pandemic boost. According to Haft, who is both a jump-rope instructor and a USA Track and Field-certified coach, the force of the required movements is distributed through your joints differently. “We don’t see very many injuries in jump-roping, unless the person’s form is really bad,” Haft said.

As long as you’re not jumping too high, jump-roping is easier on your body than it seems. “If you do it correctly,” Jablow said, “it’s really low-impact.”

A quick Google search for jump-ropes yields tens of thousands of results. Here’s a primer to help you decide which type to buy.

A beaded rope, such as BuyJumpRope.net’s Signature Beaded Rope ($9.99). Heavier than other ropes, they consist of a cord with segmented, plastic, tube-shaped beads. Their additional weight offers more feedback, i.e. information about where the rope is in space, which is especially helpful for beginners, who are still working on rope control.

A cable rope, such as the Rogue Fitness Speed Rope ($18). Commonly seen in CrossFit, a cable rope is made up of a piece of wire between two handles. The lightest ropes available, they’re designed for jumpers who are focused on double-unders (swinging the rope under your feet twice per jump).

A licorice or PVC rope, such as the EliteSRS Flex Freestyle ($11.99). These are lighter than beaded ropes but heavier than wire ropes and easier to manipulate. Jablow said they’re ideal if you plan to make jump-roping a habit, particularly if you see yourself trying tricks.

A smart rope, such as the Tangram Smart Jump Rope Rookie ($39.95). Pricier than traditional ropes, they connect to your smartphone or watch and provide data including calories burned, number of jumps and workout time. Woodard said they’re great for those who are motivated by metrics. Jablow, however, said she has yet to try one with the same quality as the less expensive, conventional ropes she prefers.

To find the right length, stand on the middle of the rope with your feet about hip-width apart. Grasping a handle in each hand, with your upper arms at your sides, bend your elbows as fully as possible. For beginners, Woodard said, the handles should come up to your armpits.

Beginners should focus on developing the coordination and endurance to jump for five to 10 minutes without tripping, said Chloe Woo, a certified personal trainer at Dogpound’s Los Angeles location. As a general rule, start with sessions no longer than 10 minutes (including time spent catching your breath and tripping).

Woodard recommends jumping two to three times per week at first and increasing your duration by no more than 10 percent every week or two. Your first few workouts could be as simple as setting your timer for five minutes and alternating 20 seconds of jumping with 20 seconds of rest. Woodard said you could also consider inserting two-minute bouts of jump-roping in between sets of resistance-training workouts.

As your skills advance, Woo suggests experimenting with your footwork to keep it interesting. “Maybe it’s just hopping on one foot or doing a little tap with your feet.”

Other moves you can try include lateral jumps, backward jumps and crisscross rope rotations, Woodard said. Although he acknowledges it can be frustrating to learn the techniques, it’s also more engaging. “You can jump 50 times, or you can jump 150 times trying a couple of tricks,” he said. “But you won’t really know that you jumped that much, because you’re having fun doing it.”

And, Haft said, you can even do some exercises that don’t require jumping, such as the side swing often associated with boxing. In the side swing, the rope swings to one side of your body, then comes back around and goes to the other side. “If you do that at a really fast rate, it’s an awesome cardio workout with zero impact, because you’re not leaving the ground.” Though it can be boring, Haft said, “even a minute of that would be pretty challenging.”

Safety: Starting slowly is crucial to avoiding injuries. “You always want to feel like you probably could have done more,” said Meghan Wieser, an Ellicott City, Md., doctor of physical therapy and strength coach.

Good form also helps. Jablow advised keeping your upper arms “glued to your rib cage,” bending your elbows to about 45 degrees and letting most of the movement come from your wrists. Meanwhile, land on and jump from what she calls the “sweet spot,” the back of the balls of your feet. “Stay light on your feet. Jump no more than an inch off the ground,” she said. If your form is good, you should feel as if you’re barely jumping.

According to Wieser, common jump-roping injuries include calf strain and plantar fasciitis, both of which stem from calf overuse. “We don’t give enough credit to how much [jumping] goes through the calf muscle complex,” she said. To prevent these issues, she suggests performing exercises that build calf strength and resilience, such as calf raises and farmer’s carries (i.e. walking while holding weights in each hand).

Shoes: Look for shoes with good arch support and plenty of cushioning. But beware of running shoes, which often have more padding at the heel, Jablow said. Instead, choose a cross-trainer that has adequate cushioning at the forefoot to absorb the impact as you land.

Surface: For safety and optimum comfort, find a surface that’s level and firm — but not too hard. According to Haft, a rubberized track is ideal and a wooden basketball court with some give is second best. Otherwise, he suggests asphalt (but not concrete, which is too rigid).

And always avoid grass. “The grass is going to add some resistance to the rope as it spins under your feet,” Haft said. At best, it will make rookie jumpers trip and experienced jumpers slow down. At worst, you could land on a divot and sprain an ankle.

If you’re inside, Haft suggests a carpeted surface (as long as it’s not plush or thick-pile) or hardwood flooring with a grippy mat rather than a throw rug.

If you don’t have access to a good surface, Jablow suggests purchasing a jump-rope mat. They are lightweight and portable, and you can set one down on any flat surface and jump with adequate shock absorption.

Mattson started jumping on concrete. Though she acknowledged that was “a bad idea,” jump-roping was her oasis during the pandemic shutdowns. She recalls time flying as she attempted to unlock her first trick, jump-rope speak for mastering a new skill. She would spend up to three hours a day trying to nail it. (It was the toad, which involves a cross jump, a leg lift and coordination that’s “just bonkers.”)

Though she’s recovering from a torn ACL she sustained while skiing, she’s eager to jump again. She still follows her jump-rope friends on social media, including “grandmas and grandpas who are out there absolutely crushing it with the rope.” Said Mattson, “I want to be doing this my whole life.”