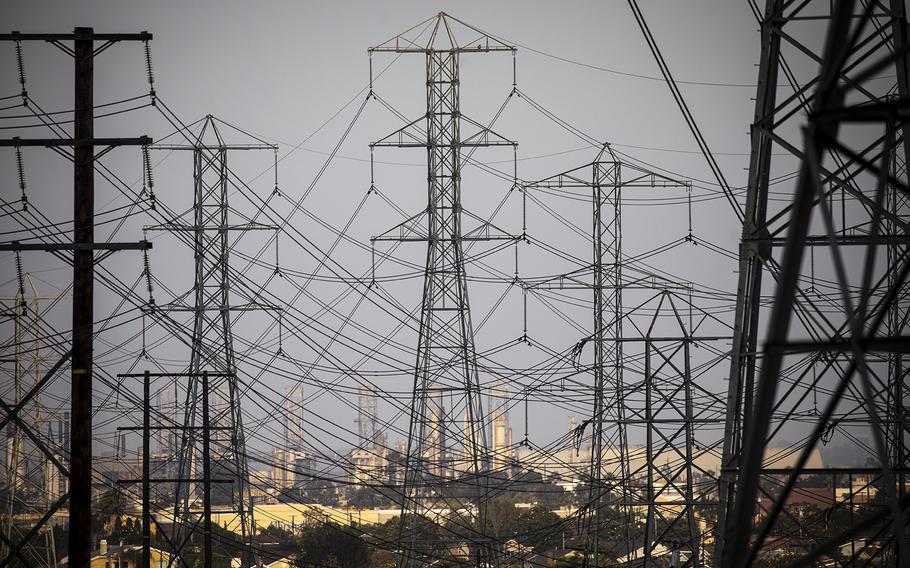 LOS ANGELES (Tribune News Service) — California officials on Wednesday issued a statewide Flex Alert, asking for voluntary energy conservation as officials brace for what is expected to be the worst heat wave of the year, lasting almost a week.

"With excessive heat in the forecast across much of the state and Western U.S., the grid operator is expecting high electricity demand, primarily from air conditioning use, and is calling for voluntary conservation steps to help balance supply and demand," officials with the California Independent System Operator wrote in a press release.

Forecasters expect the next few days will become California's longest and most intense heat wave of the year.

The heat wave — a result of a large dome of hot air sitting over Central and Southern California — is expected to begin Wednesday and last through Tuesday next week.

Record-breaking heat is possible Wednesday, Thursday, Sunday and Monday, according to the National Weather Service office in Oxnard.

Temperatures along the coasts could range from 80 to 95 degrees Wednesday through Saturday, before increasing up to 100 degrees Sunday and Monday, the weather service said.

The valleys and mountains could be pummeled by 95 to 110 degree temperatures Wednesday through Saturday, and highs of up to 115 degrees Sunday and Monday, meteorologists said.

For officials with the California Independent System Operator, which operates the Golden State's power grid, a lengthy and punishing period of high temperatures means Flex Alerts could continue beyond Wednesday.

During a Flex Alert, consumers are urged to reduce their energy use from 4 p.m. to 9 p.m., hours when the grid is most stressed because of high demand and less available energy from solar panels.

Customers are asked to set their thermostats to 78 degrees or higher, avoid using large appliances and charging electric vehicles, and turn off unnecessary lights.

Lowering the demand on the grid can prevent further emergency measures, such as rolling blackouts, officials said.

Cal ISO said it is taking steps "to bring all available resources online," including issuing orders for restricted maintenance operations from Wednesday through Tuesday, noon to 10 p.m. each day.

Officials said they are closely monitoring conditions and will provide updates as necessary.