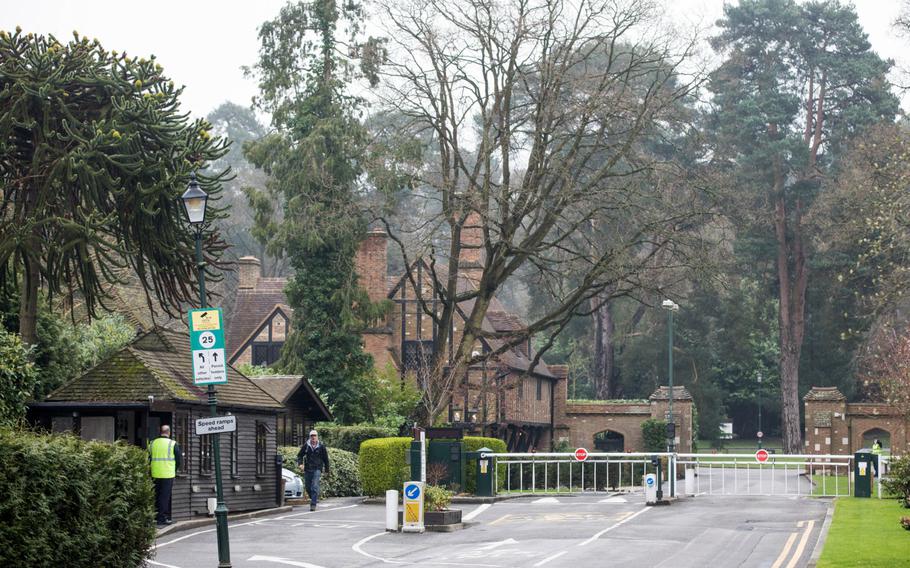 From Chelsea penthouses to Highgate mansions, Russia’s long-standing infatuation with U.K. real estate is evident from a cursory glance at some of the country’s priciest property transactions. The past decade has seen that trend explode.

The number of U.K. properties whose owners’ principal correspondence address is in Russia reached 1,127 in August 2021, according to data released by the Land Registry under Freedom of Information laws last year. That’s up from 86 at the start of 2010 -- a 1,200% increase.

And that’s likely a lowball figure. It doesn’t capture properties that are owned by companies -- a structure often favored by wealthy owners from around the world looking to camouflage their holdings.

The Ukraine conflict could finally thrust such anonymous owners into the open. Prime Minister Boris Johnson said Thursday he would push forward legislation on a long-stymied register of overseas property ownership as the U.K. sanctioned more than 100 Russian individuals and entities, part of a coordinated push by Western countries against Russian companies and oligarchs in the wake of that nation’s invasion of Ukraine.

The U.K. measures, which target everything from banks to Russia’s national air carrier, also include a new unit in the National Crime Agency to target “Russian assets hidden in the U.K.,” Johnson said. It will mean “oligarchs in London have nowhere to hide.”

A registry would be a marked shift for the U.K.’s often opaque real estate market where offshore entities can shield the identiies of owners.

More than 85,000 properties are owned by offshore entities, according to Transparency International, a nonprofit organization. That’s despite a series of tax measures introduced since 2013 that punish owners that hold properties via companies rather than in their own names.

Even the truncated Land Registry data show property is a key asset class for Russians. The relative growth in the number of buildings whose owners appear to live in Russia was among the fastest of any country. Only U.K. properties whose correspondence addresses were listed in Taiwan and mainland China increased at a quicker pace.

“London is a truly international city that attracts truly international people from all over the world,” property adviser Charles McDowell said in a phone interview, noting he’d seen an uptick of Russian buyers in the past year. “As with any country, you’re going to get your fair share of good, bad and indifferent.”

Other areas have also appealed to Russians. Scottish estates have proved popular, so too the manicured lawns, golf course and round-the-clock security offered by St. George’s Hill, a 960-acre gated enclave in Surrey. Russian billionaire residents there have included Oleg Deripaska, a target of U.S. sanctions, and Boris Berezovsky, a onetime ally-turned-enemy of President Vladimir Putin who died in 2013.

Demand was bolstered by the British government’s -- now-scrapped -- golden visa program that gave foreign nationals a path to residence if they invest more than 2 million pounds ($2.7 million). Wealthy individuals from China and Russia were among the largest group of nationals to receive Tier 1 visas since the program’s launch in 2008.

A 2015 official review on the program noted refusal rates for Russian nationals were lower than average. A 2020 parliamentary report on Russia’s influence on British politics also said the immigration program had been exploited, with many oligarchs attracted to the U.K. for its light-touch regulations, strong housing market and range of investment opportunities.

The cancellation of that program may have dimmed London’s appeal, but Russian money remains a conspicuous presence in London’s priciest neighborhoods. “Londongrad” and “Moscow-upon-Thames” have become familiar monikers for the U.K. capital.

There’s even a bus tour. Organized by Russian activists, the “kleptocracy tour” takes groups across London, pointing out luxury flats and townhouses owned by Russians.