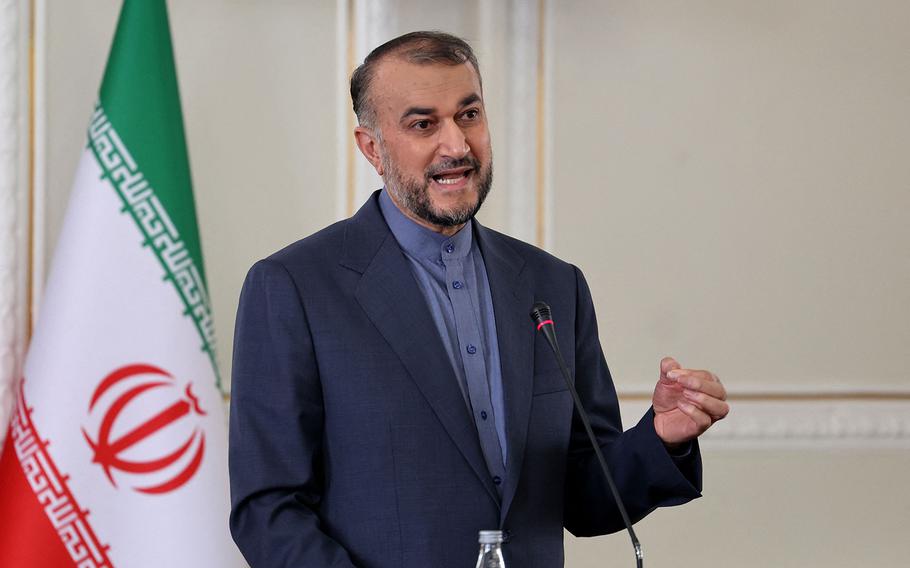 European and Russian diplomats agreed that negotiations over Iran’s nuclear program have reached the endgame, signaling potential relief for global energy markets if sides can agree to settle final differences.

A decision is likely this week over whether the landmark agreement can be revived, according to Twitter statements by the French, Russian and U.K. negotiators in Vienna. Sides are expected to convene a Joint Commission meeting, where resolutions are finalized, later in the week, according to a European official who asked not to be identified in line with diplomatic rules.

U.K. negotiator Stephanie Al-Qaq tweeted on Tuesday that the time has come to end talks. Negotiators have been bunkered in the Austrian capital for more than 10 months, trying to revive the 2015 landmark accord that restrained Iran’s nuclear work in exchange for sanctions relief. It unraveled four years ago after the Trump administration unilaterally withdrew and reimposed U.S. sanctions, provoking Iran to retaliate by expanding its atomic activities.

A return to the agreement could provide relief to oil markets, where crude has surged close to $100 a barrel because of rising tensions between Russia and Ukraine; a recovery in demand as the pandemic recedes; and supply constraints among major producers.

Iran was one of OPEC’s biggest crude producers before the U.S. withdrawal, and many traders expect that if sanctions are lifted, it will be able to boost daily exports by about 1 million barrels within just a matter of months. Iran has the world’s No. 2 natural gas and No. 4 oil reserves.

Russian diplomats have continued working with European and U.S. counterparts to revive the Iran deal, even as their bilateral relations erode because of the Kremlin’s decisions over Ukraine. Germany, which is also a party to the talks, said on Tuesday that it was stopping the process of certifying a key Russian gas pipeline.

France’s negotiator at the talks, Philippe Errera, drew a parallel between the crisis in Ukraine and the nuclear talks with Iran. Diplomacy is aimed at upholding nuclear non-proliferation norms to prevent “a major regional crisis on a new front,” he wrote on Twitter, accusing Russia of a “flagrant violation of international law.”

Iran has also indicated that negotiators have made significant progress, while cautioning it still expects economic, legal and political guarantees the U.S. won’t jettison the accord again. Speaking at the Munich Security Conference on Saturday, Iran’s Foreign Minister Hossein Amirabdollahian said it’s up to the other side to compromise. The U.S. has repeatedly said it can’t provide those guarantees.

Should sanctions be lifted, Tehran’s government has agreed to reinstate expansive international monitoring of its nuclear program and bring uranium enrichment back within defined thresholds. Diplomats have said the sequence of steps that would return the U.S. to the agreement and bring Iran into compliance is contained in a document of about 20 pages.

Western nations are in a hurry to get the deal done because Iran’s nuclear engineers have been rushing to develop a program that could produce the material required for a weapon within weeks. U.S. sanctions haven’t thwarted Iran’s ability to build new generations of advanced centrifuges to enrich uranium or accumulate significant quantities of material purified close to the level needed for a bomb.

While Iran has always stated its atomic work is exclusively peaceful, the 2015 agreement was created to verify that claim.