‘They are coming’: US diplomats await flights out of Kabul as the Taliban advance and fear spreads in the capital 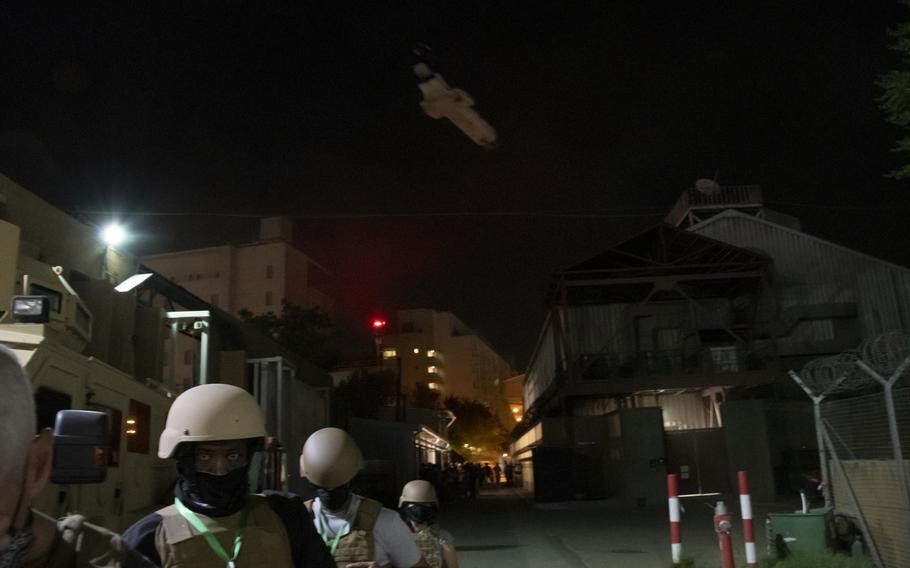 Editors’ note: Here's the latest on the rapidly unfolding situation in Afghanistan.

KABUL, Afghanistan — Diplomats waiting to fly out of Kabul on Sunday morning spent their last hours at work burning anything of strategic or propaganda value — including classified documents and U.S. flags — as Taliban forces closed in on the capital.

Several U.S. Embassy employees said they had little notice they were leaving. They left personal effects they didn’t need at their desks before boarding military helicopters and arriving at a section of Hamid Karzai International Airport reserved for official flights.

Hundreds arrived in the early morning darkness, with little to do but follow the increasingly dire news on their phones. Sometime before sunrise, the Taliban took Jalalabad, the country’s fifth-largest city, cutting off Kabul from the east and leaving the capital airport as the only exit route under government control. By midday, news came of Taliban forces entering Kabul’s outskirts.

The crowd awaiting U.S. government flights didn’t include Afghans with Special Immigrant Visas, which are issued to save those who worked with U.S. military forces and government agencies from Taliban retribution. Thousands who have applied for the visa have been able to leave, but far more remain. Many haven’t received word on whether they’ll ever be accepted. Others who did get accepted weren’t able to get to Kabul for processing before their home cities were conquered by the Taliban. 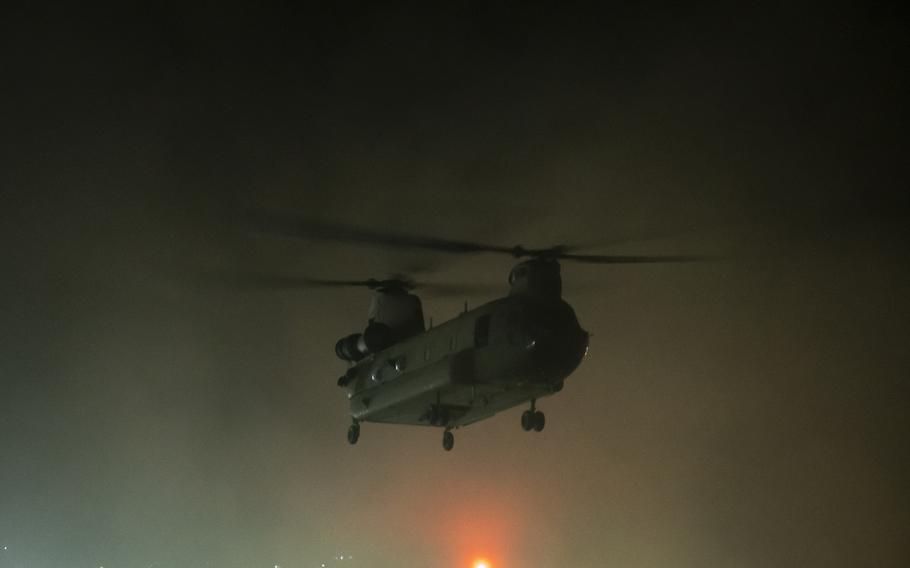 Buy Photo
A helicopter carrying U.S. Embassy staff takes off from the embassy compound in Kabul, Afghanistan, in the early hours of Sunday, Aug. 15, 2021. Later that day, reports came in of the Taliban advancing on Kabul. (Phillip Walter Wellman/Stars and Stripes)

Several embassy workers at the airport on Sunday, who insisted on anonymity because they were not authorized to speak publicly, said the fate of Afghan colleagues consumed their thoughts. They also struggled to come to grips with leaving their compound, a 36-acre walled city of its own within the capital.

“I walked around the embassy for years,” one U.S. employee said. “We look at this fortress and you think, ‘This will never go away. Impossible.’ And now it’s gone.” 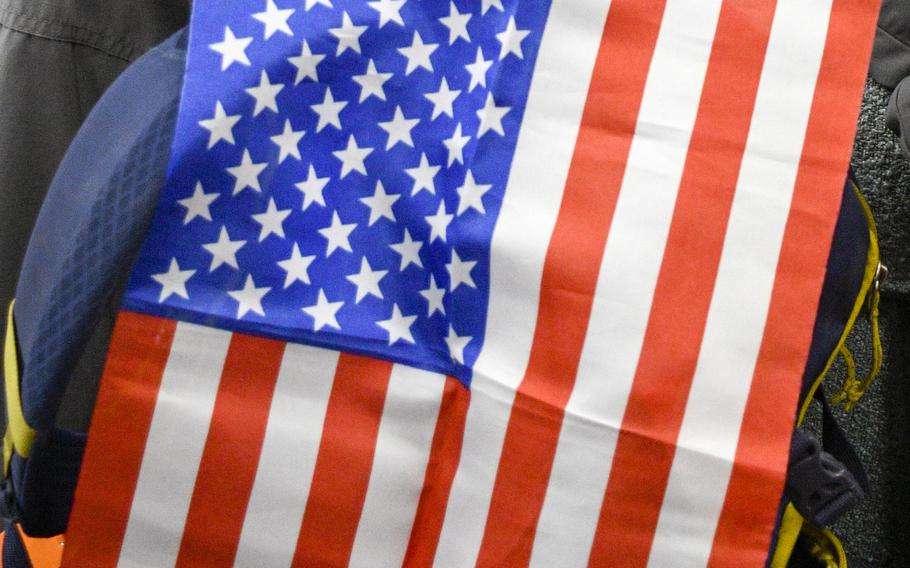 Buy Photo
A U.S. Embassy employee awaiting a flight out of Afghanistan on Sunday, Aug. 15, 2021, shows an American flag he saved while leaving the compound in Kabul the previous day. Staff were instructed to burn flags and other items that could be used for propaganda value prior to leaving. (J.P. Lawrence/Stars and Stripes)

While talking, the embassy employee pulled out an American flag from a backpack. The directive had already come down to destroy U.S. flags, but the employee said they just wanted to save something.

The considerable distress inside the airport as people waited anxiously for outbound flights still paled in comparison to scenes a few miles away in the city. 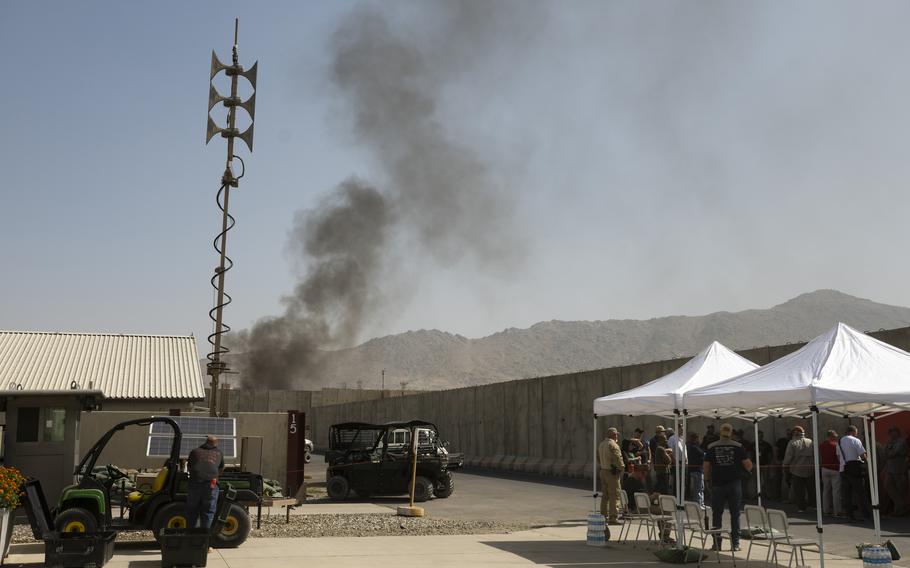 Cars clogged the streets, stuffed and topped with beds, bicycles and household goods. Cars showed license plates from faraway provinces, reflecting the influx of people displaced by Taliban gains elsewhere. Hundreds jostled to withdraw money from banks; several ATMs in town had run out of money. 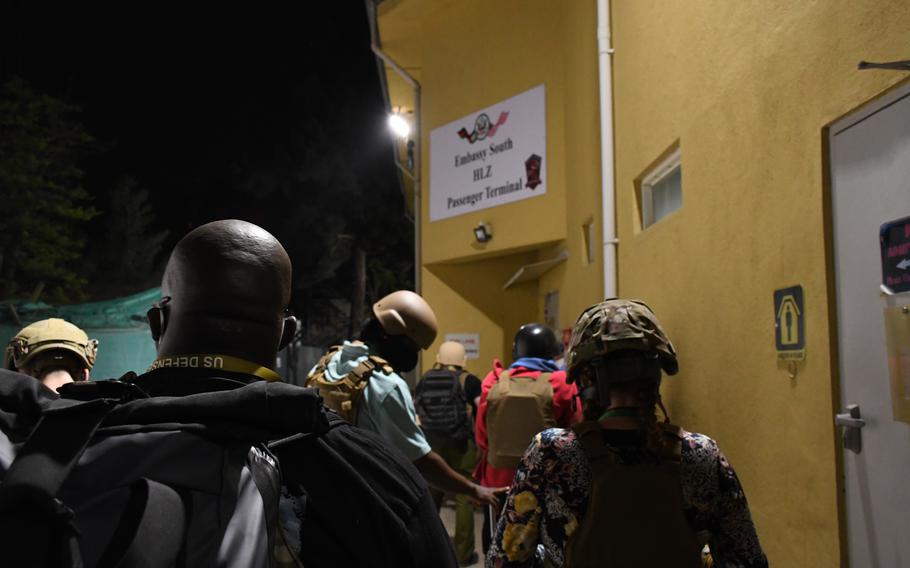 Buy Photo
Employees at the U.S. Embassy in Kabul, Afghanistan, prepare to board a helicopter just after midnight on Sunday, Aug. 15, 2021. They would await flights out of the city's airport while reports came in of the Taliban advancing on the capital. (Phillip Walter Wellman/Stars and Stripes)

Several times, residents had little more to say to a Stars and Stripes reporter other than this: “They are coming.” 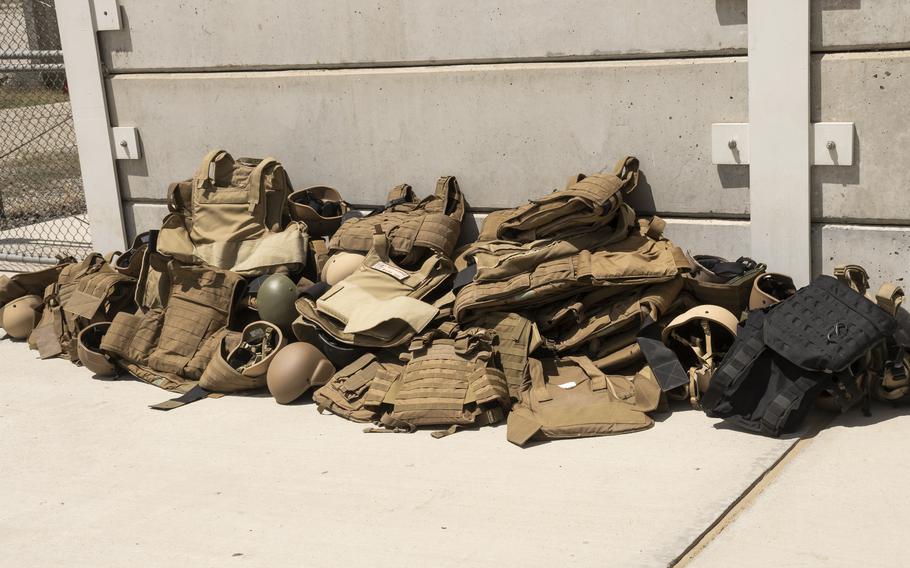