Memorial Day was created because Civil War veterans fought for it 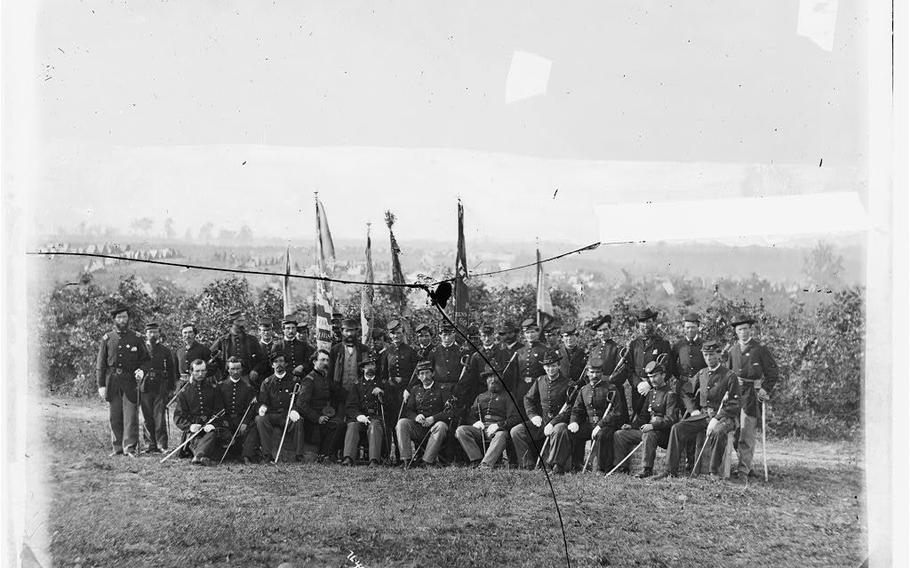 There are nearly 150 Civil War memorials in more than 130 cities and towns across Maine, honoring the approximately 9,400 Mainers who died in the war and the veterans who survived, as well as the more than 360,000 other Union soldiers who died nationwide.

These memorials can fade into the background as people go about their lives. Even fewer people may notice the five-pointed star that adorns the majority of Maine’s Civil War memorials.

The star isn’t a simple decoration — it’s the emblem of the Grand Army of the Republic, the fraternal and advocacy organization composed of Civil War veterans, founded just a few years after the war ended.

In many ways, it was the precursor to organizations like the American Legion and the VFW. And as a national organization with considerable political clout, it was largely responsible for making Memorial Day a federal holiday and for the creation of the vast majority of Maine’s Civil War memorials.

“You can honestly say that if there was not a Grand Army of the Republic, we would not have had Memorial Day as a federal holiday as early as it happened,” said Brian Swartz, a Bangor author and Civil War historian. “There might have been some local efforts, but [it was] really the first veterans organization to really flex its political muscle.”

The Grand Army of the Republic was founded in 1866, largely in response to the poor treatment by the government of Civil War veterans, most of whom did not receive a pension nor medical care once the Department of War demobilized the military in 1865.

“These were like veterans coming back from Vietnam. Their families didn’t understand the experiences they’d been through and endured,” Swartz said. “These men were brothers to each other. They’d watched people they had very close friendships with die in battle. And they were receiving no help at all.”

Aside from their work to ensure proper care and compensation for war veterans, among the first efforts the organization put its muscle behind was the creation of Memorial Day. In 1868, the organization’s commander-in-chief John Logan proclaimed May 30 as the day Americans would pay tribute to war casualties, missing-in-action and deceased veterans. Though there was a long tradition of decorating the graves of war dead, the 1868 proclamation was the first national recognition of a specific day as a day to remember the dead.

From 1868 until 1970, it was celebrated on May 30. That year, the date was changed to the last Monday in May to allow for a three-day weekend, a move that some veterans thought cheapened the solemnity of the occasion. In Maine, one of the major projects of the state and local Grand Army of the Republic posts and their associated women’s auxiliaries was to raise money for and build Civil War memorials. The majority of these monuments were erected between 1870 and 1920, and vary widely in size and style.

Some are simple granite obelisks, like the town of Hermon’s memorial now located near Hermon Elementary School, or the Hallowell monument. Some show a soldier standing proudly, as in the towns of Bath, Blue Hill, Caribou and Corinna. And some are unlike any others, like the memorial at the Grand Army of the Republic lot at Mount Hope Cemetery in Bangor, which features a reconstruction of a Civil War-era fort and several cannons.

“These memorials also served as a way for Civil War veterans to remember the friends they lost that are still down there,” Swartz said. “There are many, many Mainers who went into unmarked graves down south. We’ll never find them.”

Among the organization’s other major projects was advocacy for the creation of a medical facility for veterans in Maine. In part through their work, the country’s first veterans facility, Togus, was developed in the town of Chelsea.

By the 1940s, membership had dwindled. Maine’s last surviving Civil War veterans were Melvin Jellison of Clifton and Zachary McLaughlin of Phillips, both of whom were Grand Army of the Republic members and who died within a few months of each other in 1947. With the death of the country’s last surviving Civil War veteran in 1956, the Grand Army of the Republic was dissolved. The Sons of Union Veterans of the Civil War was its heir, and that organization still has around 6,400 members in 2021.

Though it’s been 65 years since the last Civil War veteran was alive, the work of the Grand Army of the Republic is still visible in every corner of the nation — from the countless organizations that seek to serve veterans that it inspired, to the war monuments that dot the landscape, to the fact that we observe Memorial Day in the first place.

“Someone might see that five-pointed star, and they won’t know what that means,” Swartz said. “But it symbolizes the brotherhood the boys felt, and the work they did to ensure their legacy was never forgotten.” __