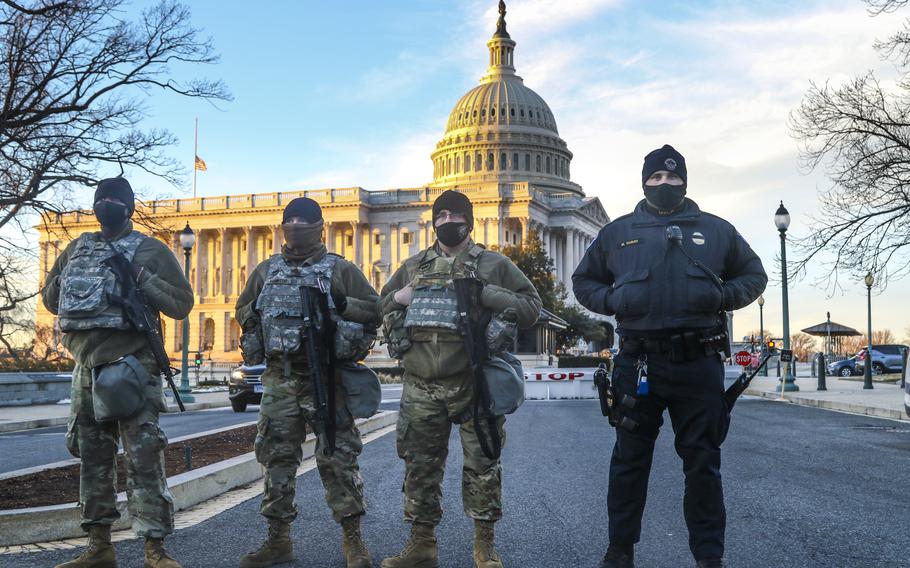 WASHINGTON — About 1,000 National Guard troops deployed to Washington after the Jan. 6 riot at the Capitol building remain in the region a day after the mission ended, chief Pentagon spokesman John Kirby said Monday.

The remaining troops are preparing to return home after the monthslong mission to protect lawmakers and the Capitol grounds ended Sunday, Kirby told reporters at the Pentagon. About 2,150 National Guard troops had been in the vicinity of Washington as recently as Wednesday, Kirby said last week.

“These airmen and soldiers protected not only the grounds, but the lawmakers working on those grounds, ensuring the people’s business could continue unabated,” Austin said in the statement. “They lived out in very tangible ways the oath they took to support and defend the Constitution.”

There are no plans to leave behind a quick-reaction force for possible emergencies in the future, Kirby said. However, a bill that passed in the House on Thursday by a 213-212 vote would create a standing force in the D.C. National Guard dedicated to crisis response.

The Capitol security funding bill, which would also reimburse the National Guard, Capitol Police and the District of Columbia for costs incurred in the response to the riot, allocates about $200 million for the force.