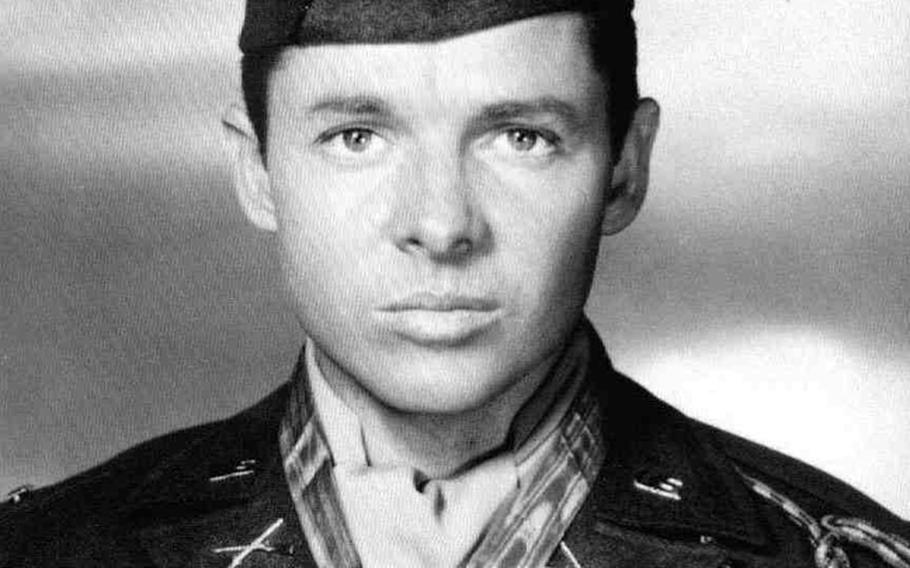 While Murphy's heroics and bravery in the European theater of the war earned him the Congressional Medal of Honor, the Silver Star and several other distinctions, making him a larger-than-life hero in the eyes of many, 96-year-old William Caldwell of Greenville enjoys sharing a few personal memories of growing up with Murphy, when the two were young boys living in Celeste.

"In 1935, when I was 11 years old, Dad gave up the 64-acre farm [at Webb Hill] and moved us to Celeste, and he rented a house on the north side of town between two railroad tracks ... There, I got to know the other boys, the Sullivans, Cawthorns, Audie Murphy, and a few more," Caldwell recollected.

With Caldwell, Murphy and the others growing up before the age of television, video games and the like, the group of boys spent much of their time playing outside. Many of their adventures involved using a shotgun borrowed from Caldwell's neighbor, Bob Sullivan, to shoot cans.

"Near my home, Audie dared me to climb an old, splintered telegraph pole barefooted. I jumped off and landed on a large, dry weed with my right foot [and punctured it]. That wasn't fun. ... For a while, I was only able to walk on my left foot," Caldwell explained, giving context to one of his can-shooting stories.

"Bob loaded the shotgun shells with metal balls or slugs to make it kick. He told Audie and me to shoot it, and we did," Caldwell said. "I shot first and it caused me to spin around, because I was standing mostly on my left foot.

"Audie laughed at me, but then it was his turn," Caldwell continued. "He was smart, though. He placed the gun on a bush, he got down on his knees and shot the can, but his shell was loaded with a slug too so he landed on his back.

"It was then my turn, with the others, to laugh. It was all in fun."

While Caldwell has childhood memories of growing up near Murphy, he's also very careful not to exaggerate the closeness of their friendship.

"Audie and I, along with the others, did a lot that year [1935], but Audie was just another face in a crowd of boys, then," Caldwell said.

"Later, when Audie became a hero, a lot of people suddenly knew him very well, and I joined the crowd [of admirers]."

Like Murphy and many men of his generation, Caldwell is a World War II veteran. He served in the U.S. Navy and was involved in the D-Day invasion of Utah Beach as a signalman.

After the war, Caldwell only saw Murphy once.

"In 1948, after I got out of the Navy, I saw him briefly in John Cawthorn's barbershop in Celeste," Caldwell said. "Audie was there with his first wife, a movie starlet named Wanda Hendrix, but Audie and I didn't get to speak."

Since then, Caldwell has spent a stint as a member of Murphy's fan club, and has visited his grave at Arlington National Cemetery.

After World War II, Caldwell also went on to serve in the U.S. Army during the Korean War and worked for Temco/LTV (now L3Harris) for much of the Cold War-era, during which he worked on several top-secret military aircraft contracts.

This Saturday's Audie Murphy Day celebration will be comprised of multiple events at different locations in Greenville.

The morning program, which will be free to the public, will begin at 9:30 a.m. (with doors opening at 8:30 a.m.) at the Fletcher Warren Civic Center. It will feature speakers: Marjorie Lewis, a professor at University of North Texas and author of "When the Men Were Gone;" actor Michael Dante who was in the films "Apache Rifles" and "Arizona Raiders" with Murphy; and historian/retired teacher Mike West. There will also be recognitions of Hunt County veterans and the Murphy family.

The day's festivities will also include showings of the film, "To Hell & Back," at 2 and 7 p.m. at the Texan Theater. Admission to the movie will also be free, but the theater does require that reservations be made in advance.

The Audie Murphy/American Cotton Museum will also be the scene of several Audie Murphy and local history-related activities. The price of admission at the museum will be $6 for adults, $4 for seniors, and $2 for kids aged 6-18.