by
John Vandiver and Immanuel Johnson
• Stars and Stripes • November 20, 2020 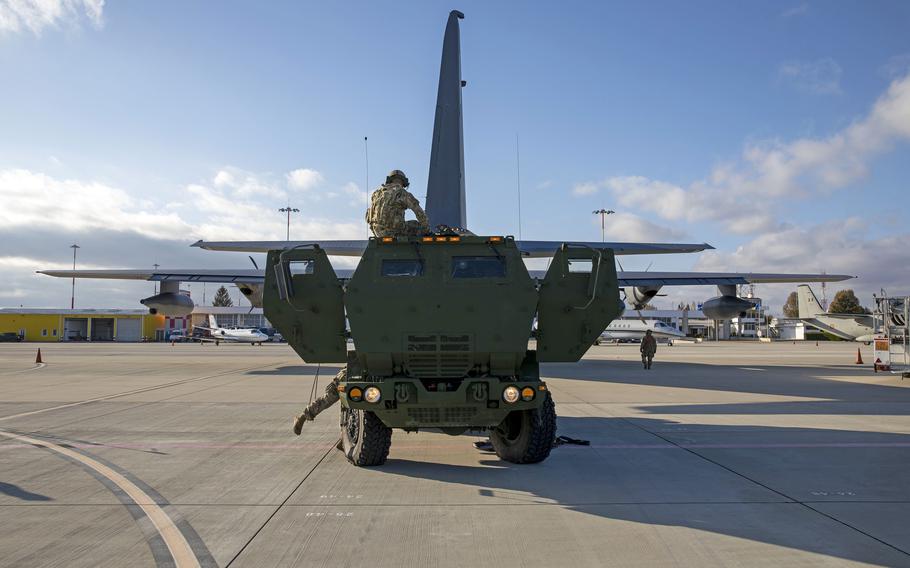 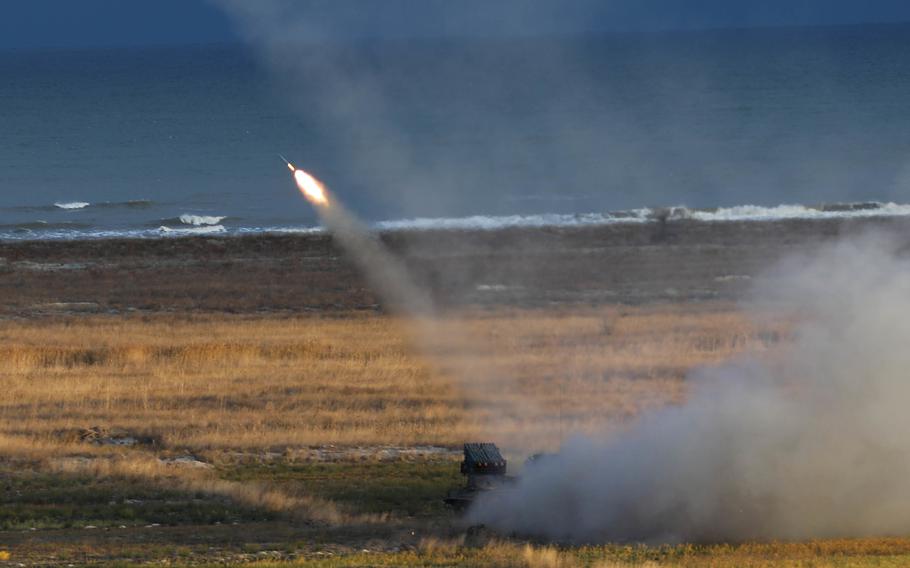 STUTTGART, Germany — U.S. special operators and Army artillerymen marked a first in Europe this week when they loaded ground rockets onto a low-flying aircraft for a quick strike drill that hit targets in the Black Sea.

The Rapid Falcon exercise showcased a new capability that gives conventional artillery units in Germany the ability to strike with the speed of a quick reaction force, military officials said.

“We haven’t done it in Europe before, where we take precision artillery and load it on the back of a SOF aircraft,” Col. Marc LaRoche, deputy commander of the Stuttgart-based U.S. Special Operations Command Europe, said Friday. “These aircraft can operate in all different conditions and pilots are trained to land in austere or unimproved locations.”

The exercise used two MC130J Commando II aircraft from the 352nd Special Operations Wing, which look like ordinary cargo planes but have the ability to fly low and get troops into hard-to-reach spots. The aircraft can also land almost anywhere, throwing an adversary off guard.

Troops loaded two M142 High Mobility Artillery Rocket Systems onto the aircraft at Ramstein Air Base in Germany on Thursday, before flying them to Mihail Kogalniceanu Airbase in Romania. There the rocket systems were offloaded and set up to hit targets in the Black Sea. Allies have been strengthening their positions in the region to counter Russian aggression.

Strike data can be loaded into the M142 systems as the C-130s fly, leaving the rockets ready to launch as soon as they are on the ground, LaRoche said.

U.S. and Romanian rockets hit targets up to 25 miles out at sea during the live fire, said Capt. Justin Bland, a battery commander with the Grafenwoehr, Germany-based 41st Artillery Brigade’s 1-77 Field Artillery Regiment.

The exercise was designed to allow troops “to get on an aircraft, take off and land anywhere in the world mixed in with our multinational partners or joint forces and provide fires,” he said.

The exercise also used assets from the 101st Combat Aviation Brigade such as Apache and Black Hawk helicopters, as well as Air Force surveillance drones.

The drill offered the 41st a rare opportunity to fire artillery over water rather than land. It also illustrated how the Army working to improve long- and short-range strike abilities on the European continent as the Pentagon makes countering Russia a top priority.

SOCEUR expects to do more exercises that bring together Army rocket units and specialized C-130s. LaRoche said. The Black Sea region is likely to remain an area of focus, but similar missions in the Baltics and High North also are possible, he said.

“It is an option we are going to need to develop,” LaRoche said. “It creates an unpredictable advantage to move an army (rocket) system forward quickly.”