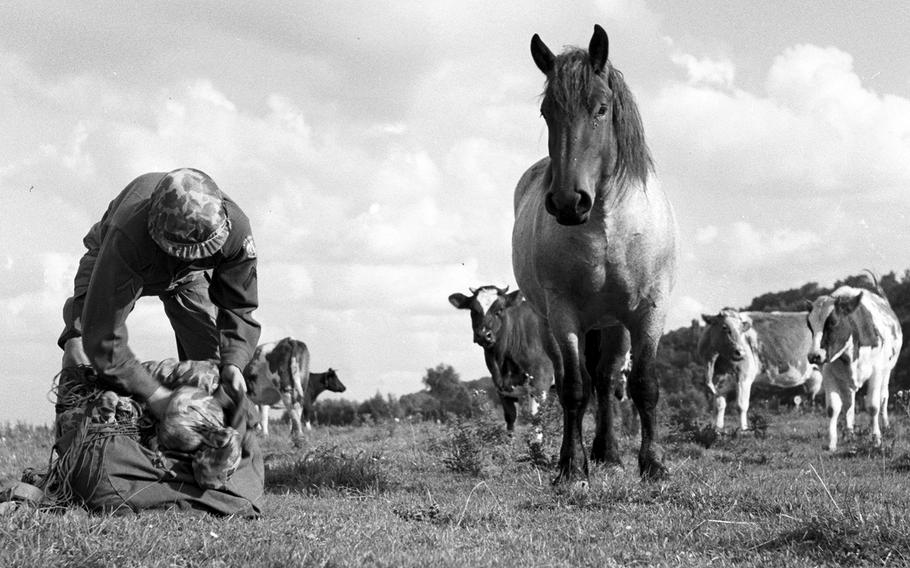 RELATED MATERIAL:Stars and Stripes' 1953 story about the Nijmegen anniversary jump.