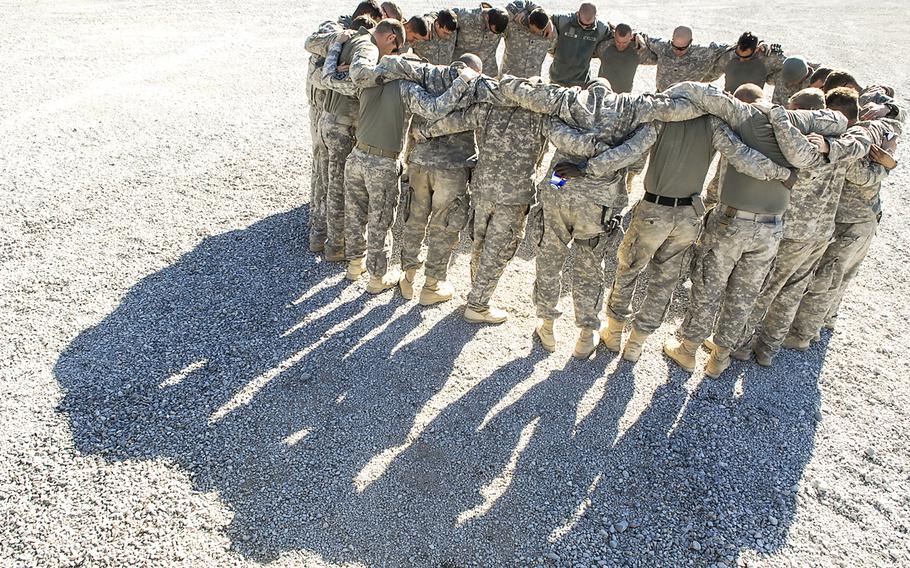 Heath Druzin ©Stars and StripesAfghanistan, November, 2009: Soldiers with 4th Engineer Battalion, 62nd Engineer Sapper Company, 3rd Platoon, pray before a mission the day after their convoy was hit by three roadside bombs. "As armored vehicles improve, killing soldiers with roadside bombs becomes increasingly difficult," a Stars and Stripes story noted. "But roadside bombs are still effective in stopping a convoy. So if insurgents can disable a vehicle, they can force U.S. troops out of the protective vehicles to investigate, exposing them to secondary bombs — increasingly a weapon of choice in the badlands of southern Afghanistan."