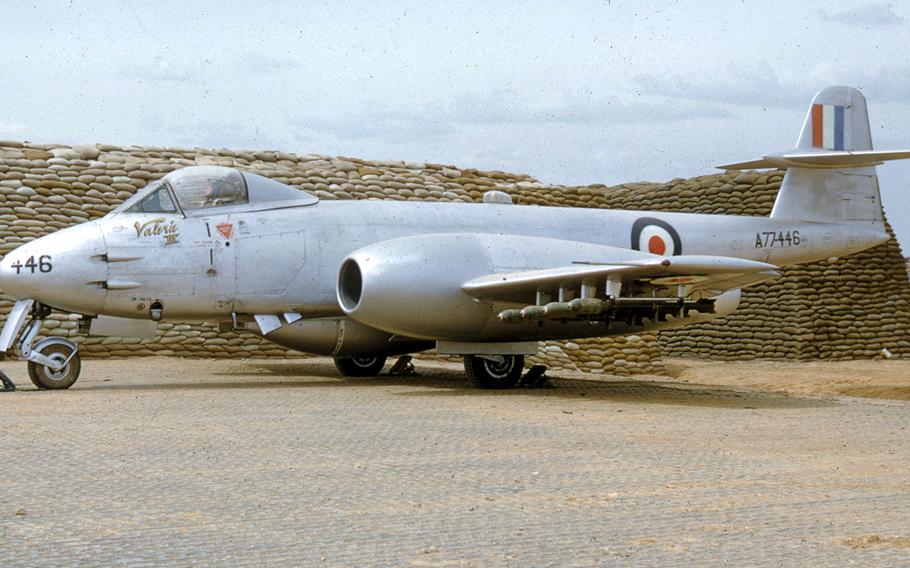 Frank Praytor ©Stars and StripesKorea, date unknown: A Gloster Meteor F.8 aircraft from the Royal Australian Air Force's 77 Squadron is parked beside a protective wall of sandbags during the Korean War. Under its wing are what appear to be 60-lb high-explosive air-to-ground rockets. The Meteor was the allies' only operational jet fighter flown in combat during World War II.