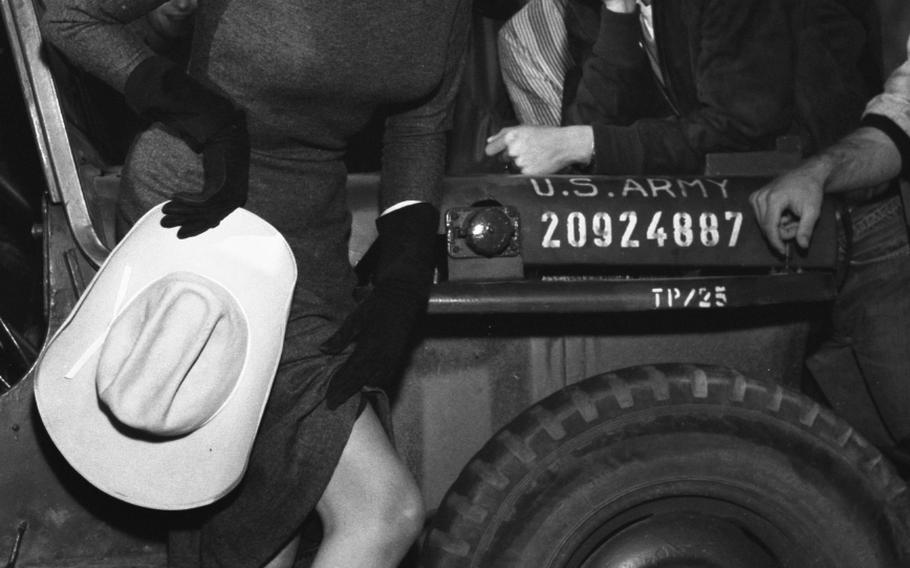 Red Grandy ©Stars and StripesFrankfurt, West Germany, October, 1957: Actress Jayne Mansfield, watched by an admirer, poses for a photo during a six-day visit to Germany. Mansfield, whose tour included visits to a military hospital, a service football game and an officers' club reception, also announced her plans to marry Hungarian body-builder Mickey Hargitay.