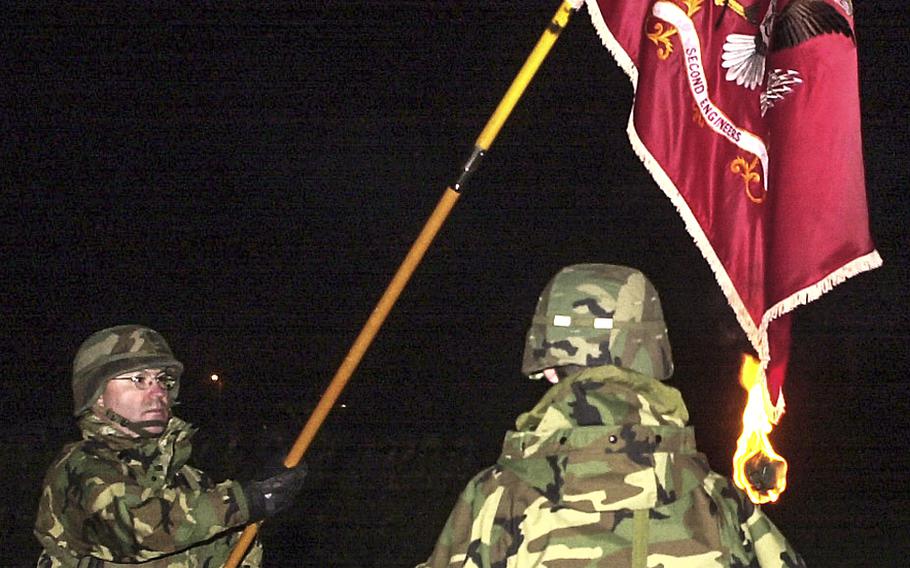 Jeromy Cross ©Stars and StripesSouth Korea, November, 2000: Sgt. Maj. Gerald Battey holds the guidon as Maj. Keith Callahan burns the 2nd Combat Engineer Battalion's unit colors at Camp Casey. The event marked the 50th anniversary of the unit's burning of the flag to prevent it from becoming a Chinese army war trophy during the Korean War.