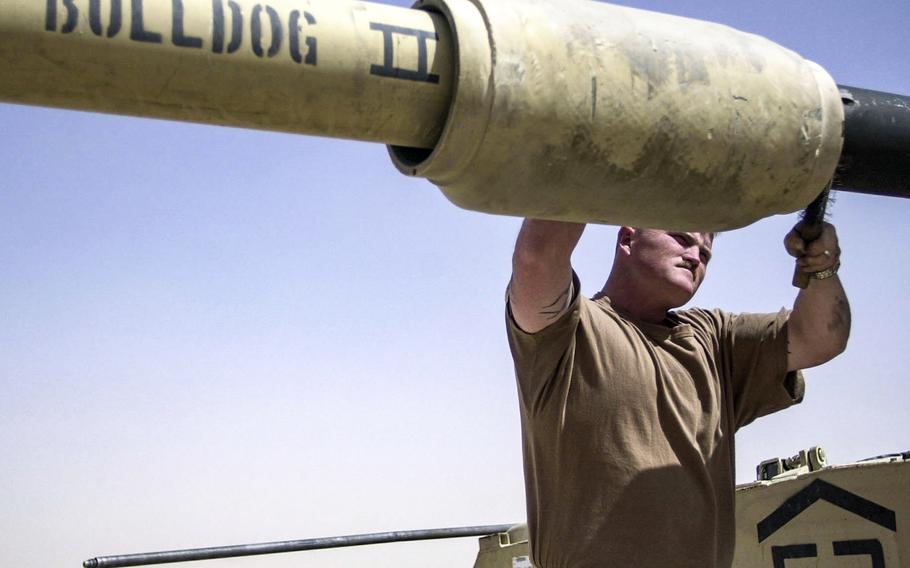 Joseph Giordono ©Stars and StripesAssembly Area Hammer, Kuwait, March, 2003: Sgt. Michael Lewis, of Company B, 1st Battalion, 15th Infantry Regiment, does maintenance on the tube of his M1-A1 Abrams tank, nicknamed Bulldog II. "Naming the tanks is a heated process," according to a 2003 Stars and Stripes story. "The tank crews offer up their suggestions; the tank commander can veto the crew; and the higher company leadership has final say over whether the names are too offensive to grace a multimillion-dollar piece of military hardware."

RELATED MATERIAL: Stars and Stripes' story about the naming of tanks.