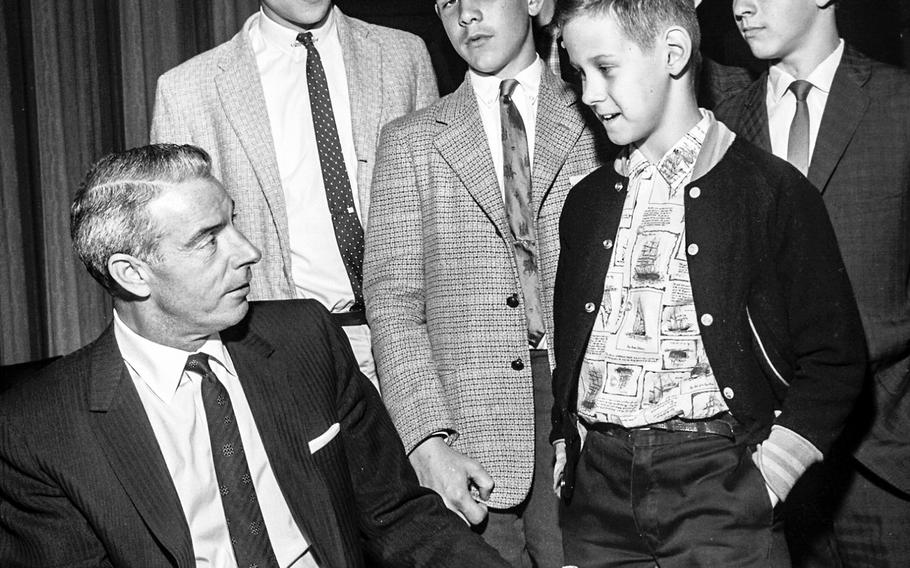 Marty Gershen ©Stars and StripesGriesheim, West Germany, May, 1962: A few kids from the U.S. military community got a big treat one night when baseball Hall of Famer Joe DiMaggio showed up unexpectedly at the Stars and Stripes Press Club. DiMaggio had a few hours to kill in Frankfurt and nothing on his schedule, and in a rare case of someone actually following up on an offer (by a Stripes sportswriter) to "look me up next time you're in town," he hailed a cab and told the driver to take him to the newspaper's office, about 30 miles away. The Yankee Clipper had been on a corporate promotional tour of Europe, was just returning from Moscow, and was scheduled to fly home the next day.