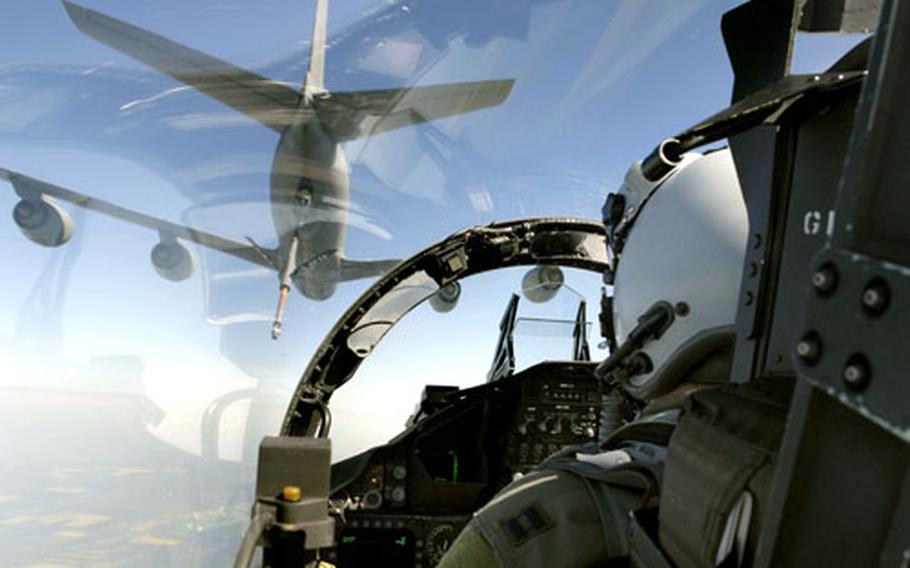 Romania, May 2007: Capt. Brad “Rainman” Hurbinger, an F-15 Eagle pilot assigned to the 493rd Fighter Squadron, moves into position to receive fuel from a KC-135 Stratotanker TDY from RAF Mildenhall’s 351st Air Refueling Squadron during a training mission over Eastern Romania. More than 200 U.S. Air Forces in Europe Airmen, mostly from RAF Lakenheath and Mildenhall, are in Romania participating in Exercise Sniper Lance 2007. Sniper Lance is being staged out of Mihail Kogalniceanu Air Base near the Eastern Coast of Romania.