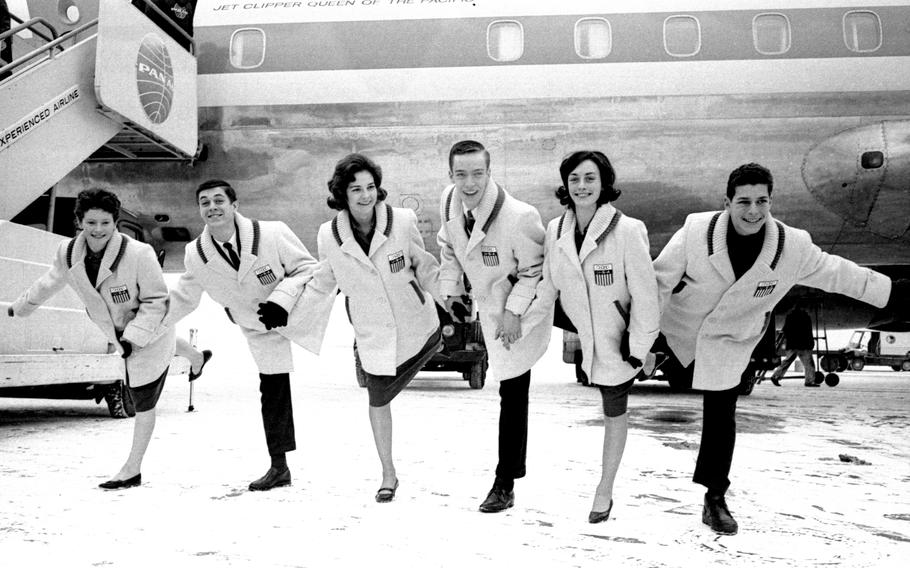 Frankfurt, Germany, Jan. 21, 1964: Six members of the U.S. figure skating team strike a one-legged pose in front of the plane on which they just arrived from New York on their way to the Winter Olympics at Innsbruck, Austria. They are, left to right, Albertina Noyes, Tommy Litz, Christie Haigler, Monty Hoyt, Peggy Fleming and Scott Allen.