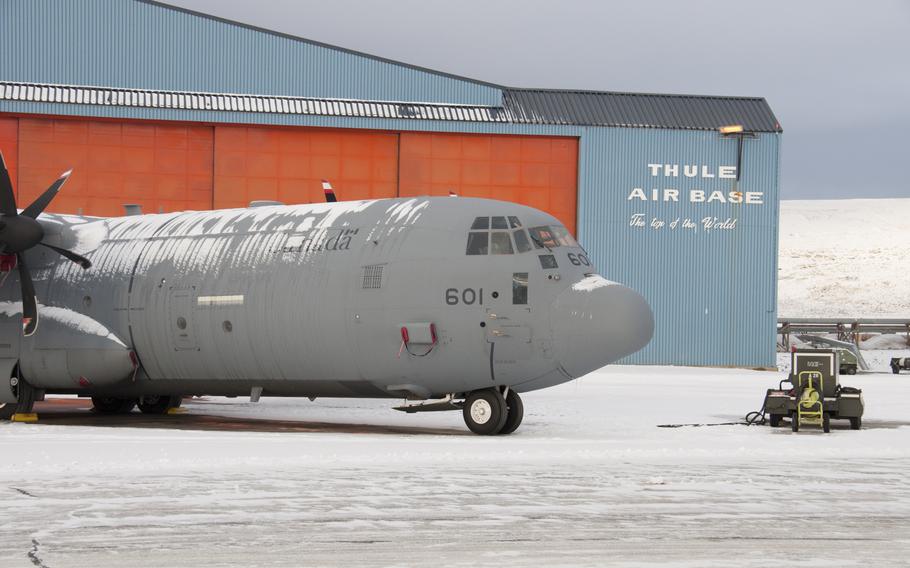 Thule Air Base, Greenland, 2014: A Canadian transport plane sits on the runway in front of a hangar at Thule Air Base. The Canadian Air Force used the runway at Thule for two weeks for its Operation Boxtop II in September and October 2014, resupplying Arctic bases including Canadian Forces Station Alert, the northernmost permanently inhabited place in the world. The U.S. military’s northernmost base bills itself as being at the “Top of the World.”

Read the first part of Stars and Stripes’ 2015 series on Thule Air Base here.