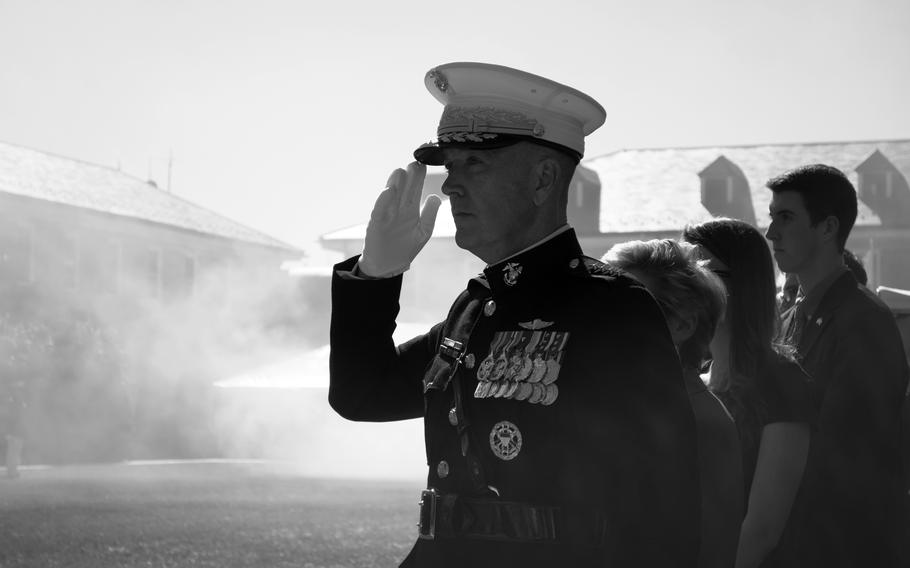 Marine Barracks, Washington, D.C., Oct. 17, 2014: General Joseph Dunford watches the Passage of Command ceremony at the Marine Barracks in Washington, D.C. Gen. Dunford became the U.S. Marine Corps’ 36th commander as he took over from Gen. James Amos. The smoke behind Dunford is from a cannon.